Earlier this year when Bernie Sanders was in the lead for the Democratic presidential nomination, his centrist opponents said that he would be a bad standardbearer because the Republicans would call him a socialist. Now Joe Biden, anything but a socialist, is being targeted just the same way as though he had been Bernie Sanders.

Progressives to Conservatives: You Hate Liberals For All The Wrong Reasons

Figures like Clinton and Obama are attacked by progressives and conservatives alike, but for entirely different reasons.

The case against Bernie Sanders is that he’s too far left to be electable. Now, however, Hillary Clinton is stealing all his ideas, like opposing the TPP and Keystone XL pipeline. Shouldn’t that make her unelectable too? 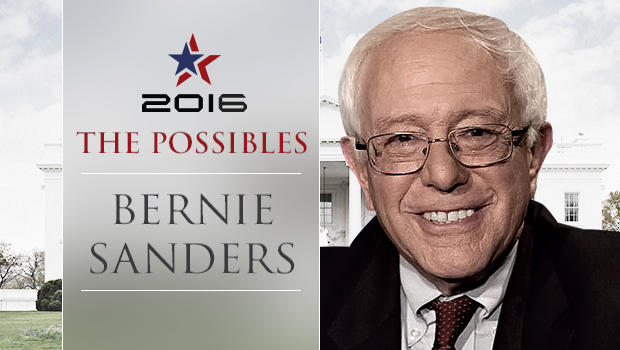 Rising in the polls, Bernie Sanders is already posing a credible threat to Hillary in the key primary state of New Hampshire. Having gone in one month from left-wing curiosity to serious contender, his confidence is soaring. He has gone from promoting himself as a mere symbolic tool to push Clinton to the left to predicting that he will win the Democratic nomination for president, and ultimately the presidency itself.

“Welcome to the White House, Mr. President-Elec…I’m sorry—Mr. President. Hard habit to break. This way, sir — this is the Oval Office. If there’s anything you need, just let me know, sir.”

“Might I add also, sir, that was a very inspiring speech.”

“Thank you. So—what’s in store for day one of the Sanders Administration?”

“On your desk is a note from outgoing President Obama, as well as a stack of congratulatory messages from world leaders. You’ll want to get back to Putin, Pope Francis and Hollande right away, what with the situation in the Baltics and all.”

“Inauguration Day is traditionally a light schedule, so that you and the First Lady have time to prepare for tonight’s balls. So here’s what we’ve got scheduled for you for today:

“3:00: Meeting with a dozen CEOs of major corporations. You’ll have to reassure them that you’re a reasonable, mainstream Democrat, not the crazy-eyed barracuda-toothed left-winger you campaigned as. Make ‘em comfy, or else the markets’ll tank when they open Monday morning.

“4:00: National security briefing. Baltics, Seychelles, Golan Heights at the top of the agenda. You already met the Joint Chiefs during the Transition, but they’re going to want to hear that you’re not rocking the boat with any major changes in foreign policy. Our allies need to know that U.S. policy is consistent, that we’ll honor our treaty obligations and ongoing security arrangements. Iraq and Afghanistan assume that ‘total withdrawal’ stuff was just campaign rhetoric; you’re going to have to confirm that.

“4:40: Treasury Secretary Krugman wants to bend your ear about that minimum wage increase you promised.”

“What does Yellen think?”

“But that’s below the inflation rate. People need relief; the economy needs stimulus.”

“The daily 5 o’clock in the Situation Room, sir. CIA is 70% sure they have Abu Ghanar in their sites. They’re going to want a UAV termination authorization tonight. We could move that up to 4:40 to let you and the First Lady relax before dinner, or you could meet Mr. and Mrs. Springsteen before their performance.”

“The new #2 of the Islamic State of Iraq, Syria and Jordan (ISISJ).”

“Gentlemen! Thank you for coming today. It’s nice to finally meet you. Mr. Schmidt, an honor to meet you. Google is doing great things. Mr. McMillon — I appreciate the recent moves you’ve made to help workers…I won’t hold Wal-Mart’s backing of Senator Clinton against you. Now, if you don’t mind, let’s get right to it. As I said during my campaign, the economy is broken. It’s harder than ever for hard-working people to make ends meet, let alone get ahead. The top 1% are earning 99% of new wealth. Income inequality and long-term unemployment are soaring. It’s not just wrong — it’s bad for the overall economy because it reduces spending and contributes to the imbalance of trade. So it will come as little surprise to you that I’m going to take steps to increase fairness. Yes, Mr. Cook?”

“First, I’d like to offer you my congratulations. Your victory is inspiring. However, I’d like to take this opportunity to urge you to support the proposed Trans-Global Trade Agreement. TGTA is absolutely essential to the continued health of the tech sector. Second…”

(Ted Rall, syndicated writer and the cartoonist for The Los Angeles Times, is the author of the upcoming book “Snowden,” the first biography of NSA whistleblower Edward J. Snowden. It is in graphic novel form. You can subscribe to Ted Rall at Beacon.)

Cultural norms are that religion must be respected while other beliefs, cultural and political, receive no such deference.

Once again, liberals are being taken for granted by the Democratic Party. This time, they’re presenting the possibility of a lame, poorly-funded and thus merely symbolic primary challenge to Hillary Clinton from the left, via Bernie Sanders or possibly Elizabeth Warren, as ersatz democracy and a way to make progressives, whose concerns are ignored by the party bosses, feel less badly about holding their noses and voting for Hillary in the fall of 2016.

Susan here. This is another bullshit article about Obama being a “lefty socialist”:

If Obama had intended to redistribute wealth to from the “haves” to the “have-nots”, then he would have done so on January 20, 2009. Executive orders are nothing new; past presidents have used them.

Frankly, Obama has had five years to deal with the problem of inequality, and hasn’t done so. He said he will raise the minimum wage to $10 an hour. We’re still waiting for that “stroke of his almighty executive pen”.

The Obama Administration prepares to launch a military strike against the government of Syrian President Assad, but openly says it does not want the rebels in the civil war there to defeat him.

What if Jackie Robinson who broke the color barrier of mahor league baseball, played as lamely as Obama?

After decades of Republican aggression and Democratic passivity, the 50-yard line of American politics has shifted so far to the right that what passes for the debate takes place only between the far right and the even further right.