From the Same People Who Brought You WMDs

The White House has been pressuring Fox News in public and through back channel communications to stop spreading misinformation about the effectiveness of COVID-19 vaccines. This sounds innocuous but there are frightening implications, not least the question of whether anyone can believe something simply because the government says that it is true. Then there is the question of whether there should ever be this sort of collaboration between government and the media that is supposed to be its watchdog.

Just as Americans were starting to enjoy the ability to go outside without wearing a mask if they are fully vaccinated, the terrifying new Delta variant has some public health experts wondering if everyone should go back to the bad all days of last year even if they are vaccinated.

According to the CDC, the latest science says that no one has to wear a mask outside because outdoor transmission doesn’t occur outside of a crowd. Moreover, they say that people who have been fully vaccinated don’t need to wear a mask at all, indoors or outdoors. The only reason people within these categories are clinging to wearing a mask, therefore, is superstition. 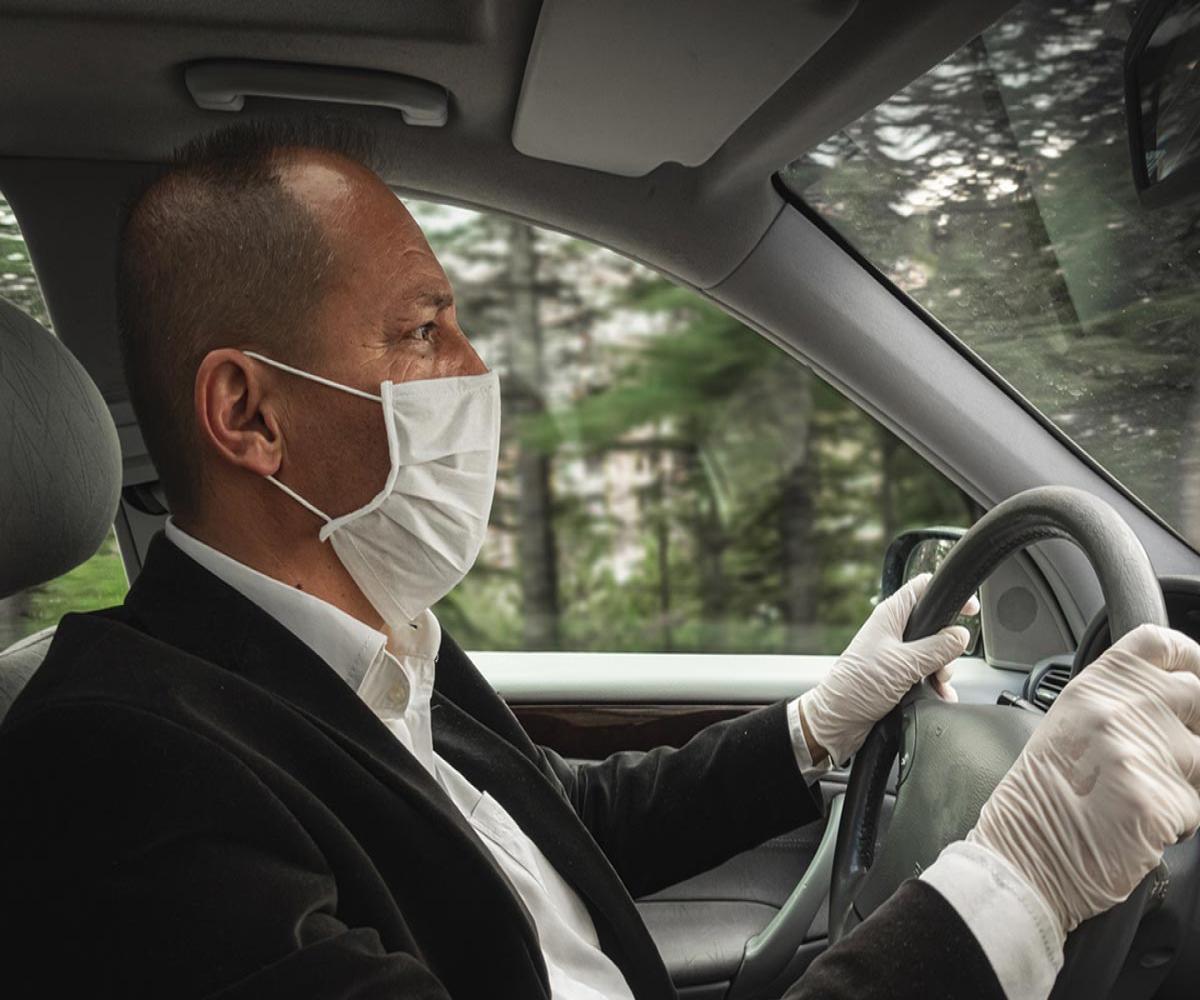 During last year’s campaign Joe Biden promised to “listen to the scientists.” He repeatedly said his coronavirus-response policy would be “informed by science and by experts.”

On issues from the environment to teaching evolution in public schools to the public health response to the COVID pandemic, liberals often accuse conservatives of putting emotions ahead of facts. While recognizing that the scientific process of acquiring knowledge and putting hypotheses to an empirical test can and often does lead to shifts in consensus, we on the left claim to trust scientists like Dr. Anthony Fauci, the infectious disease specialist and unlikely media icon.

After Dr. Fauci and other authorities like the Centers for Disease Control told us to wear masks, Blue America listened. As of late June 2020, 86% of Democrats wore a facemask whenever they left home, compared to 48% of Republicans.

Now scientific consensus has changed. But lefties are choosing to ignore the new reality—not that it’s new. Beginning nearly a year ago in July 2020 the CDC stated that wearing a mask outdoors was unnecessary unless one is less than six feet away from someone else. Aside from crowded events like rallies, sports and concerts, risk of outdoor transmission is lower than a rounding error; there has only been one documented case of COVID transmission outdoors, between two Chinese villagers.

Clarifying its long-held stance, the CDC said on May 13th that people need not wear a mask outdoors unless we are in a crowd of strangers, or inside with our “pod” of friends and family members. Masking outside is “optional,” Paul Sax, clinical director of the Division of Infectious Diseases at Brigham and Women’s Hospital in Boston, told The Washington Post. Optional, as in unnecessary.

Let’s pivot toward hope. Nearly half of American adults have been fully vaccinated and Pfizer is vaccinating children ages 12 to 15. We can go outside, have fun and socialize within the new liberalized guidelines yet too many people remain traumatized and grimly coasting on paranoid inertia. “It’s the return of freedom,” said Dr. Mike Saag, an infectious disease expert at the University of Alabama at Birmingham.

Weeks after the latest CDC guidelines were issued, however, normalcy and freedom are still in short supply in liberal bastions like my neighborhood in Manhattan, where Biden won 91% of the vote. In compliance with the CDC, I walk outside without a mask because it’s unnecessary. Moreover, I’m fully vaccinated. Rules require that I put one on when I go into a store or ride the subway.

Furrowed brows, glares and general stink-eyes still abound. My neighbors are ignoring the CDC as much as right-wingers in West Virginia did last summer.

One would expect attitudes to evolve with the passage of time but that hasn’t been the case so far. When a fellow tenant confronted me recently about my masklessness in the lobby—where I’d been alone prior to her arrival—I informed her that I’d been fully vaccinated. “Everyone in the building has probably been vaccinated,” she said, “but here we still wear them.” I asked why. “It’s just the right thing to do,” she replied.

At a full-serve gas station in Manhattan the attendant demanded that I put on my mask before giving me a fill-up. “We’re outside,” I pointed out. It was windy to boot. “The CDC says you don’t need a mask.” “I don’t care what the CDC says,” he told me. “I’m going to keep wearing a mask forever, like in Asia.”

Half-empty streets in majority-Democratic areas—where people are far more likely to get vaxxed—are still, CDC be damned, dotted with people wearing one or two masks on sidewalks where no one can be seen for hundreds of feet. Many of the bemasked will tell you that they been fully vaccinated. You’ll see people jogging down lonely country roads, riding bikes and driving cars while wearing masks.

“You can understand that when people have been following a certain trend for a considerable period of time that it may take time for them to adjust [to the new mask rules],” Fauci said May 21st. “So I would not say that that’s irrational. I’d say that’s understandable.”

Go ahead, wear a mask indoors if you want to despite being vaccinated. Wear one outside if you feel like it. However, you are—sorry, Dr. Fauci—acting irrationally. What’s the point of the jab if you behave the same way as a year ago when we wiped down our groceries, bleached our counters and wore plastic gloves out of since-debunked worries over surface transmission?

Masks have devolved from medical imperative to virtue signaling. According to a May 5th Ipsos poll 63% of even vaccinated Americans were still wearing masks, outdoors down from 74% in April but still a surprisingly high number. That number ticked up to 65% the following week on May 11th. President Biden has begun appearing in public with his face fully exposed yet his supporters are not following his example.

What’s the harm in a fashion accessory that, as the vaxxed-yet-masked crowd informs you, merely tries to make other people feel more comfortable while also sending a subtle anti-MAGA message? It’s about thinking straight. Democrats can’t credibly claim the scientific high ground unless they adapt to the latest medical consensus.

In a dramatic development, the Centers for Disease Control announced that Americans who are fully vaccinated no longer need to social distance or wear facemasks. But this opens up a big can of worms. Will the vaccinated and unvaccinated turn against each other?

Lost in the Supermarket

The Centers for Disease Control made big news by announcing that people who are fully vaccinated for COVID-19 no longer have to socially distance or wear masks, even indoors.

Many people are fully vaccinated against COVID-19 yet continue to act as though they need to stay inside and socially distance. This behavior is every bit as irrational and unscientific as the red state conservatives who refused to wear masks last year.

There is something Orwellian in the sense that it violates the meaning of language by pandemic-related vocabulary. You don’t “go” to a Zoom meeting. You just click into it.

A $1.9 trillion stimulus bill sounds like a lot of money, and it is, but a single payment of $1400 isn’t going to go very far for the 40 million people who lost their jobs over the last year and the millions of people who are facing eviction or foreclosure. Maybe all they need to survive is a little imagination.

Are Texans Crazy As Anti-Immigration Foxes?

Texas governor Greg Abbott, a Republican, he’s lifting his state mask mandate and completely re-opening establishments. Could he have a secret agenda?