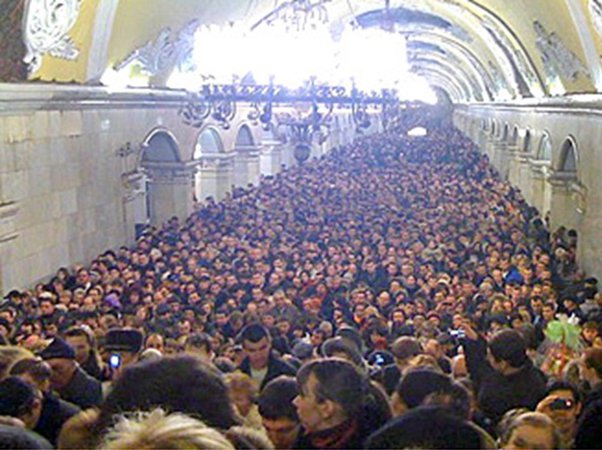 This outcome comes as no surprise. Anyone with access to a map could see that the chances of Ukraine prevailing against Russia were slim to none.

The only way Ukraine could have emerged victorious—which would, according to the Ukrainians themselves, mean pushing it out of Crimea and deposing the separatist pro-Russian republics of Donetsk and Luhansk—would have been if the United States and its Western allies had been willing to launch nuclear weapons, which would have led to global annihilation. Once the decision was made not to start World War III, Ukraine’s defeat became inevitable. This, everyone sane knows, is for the best.

Determinative to this conclusion was an unusual pair of motivations. Normally, when a war is fought on one country’s territory, the invaded country fights harder than the invading forces. Paradoxically, despite suffering damaged infrastructure, the invaded state enjoys the homefield advantages of complete knowledge of the battlefield and much shorter supply lines. Aside from sporadic cross-border missile strikes, this war has been fought entirely on Ukrainian territory.

This conflict is different because Russia has to win; it cannot walk away. Ukraine has a 1,200-mile border with Russia, it wants to join an anti-Russia military alliance and its government was openly hostile to Russia before the war. And when Germany invaded the Soviet Union in 1941, its armies came through Ukraine, where the Nazis were greeted as liberators. Unlike America, which could bring its troops home after losing on the other side of the world in Afghanistan and Iraq and shrug off its imperialist misadventures and could leave Vietnam after pretending that more political will on the home front would have resulted in victory, Russia sees its military operation as existential. Ukraine isn’t a misbegotten side project. It’s as essential in the same way the United States would respond to a Canada that turned hostile to the U.S.

Unfortunately and dangerously, American media consumers are being pounded with an endless deluge of propaganda promoting the ludicrous idea that Ukraine is winning and/or will ultimately prevail militarily. This fantastical assertion props up political support for shipping $60 billion worth of weapons to Ukraine, with more on the way—never mind the 70% that Zelensky’s wildly corrupt government sells on the black market and the Javelin missile systems that wind up for sale on the dark web. (Christmas is coming! Don’t forget your favorite political cartoonist and columnist.) By way of comparison, the U.S. Department of Health and Human Services estimates that we could abolish homelessness here for $20 billion.

We’re also being told that Russia is crumbling under the crushing blow of vicious Western sanctions deployed as part of the White House’s openly-stated war aim that it wants “to see Russia weakened.” The Russian economy, it is said, is collapsing. Russian elites, they say, will soon overthrow President Vladimir Putin.

Let me tell you firsthand: there is zero sign of economic distress in Russia.

I’ve spent the last two weeks in Moscow and Saint Petersburg, Russia’s two biggest cities. Stores are bustling, people are spending, unemployment is low and still falling, there are lines at ATMs and whatever else is happening, the economy is anything but bad. The Galeria Mall across the busy street from my hotel in Saint Petersburg has a few closed stores shut down by Western chains but the majority remain and consumers are shopping like mad. European and American tourists are few and far between, but it’s exactly the same here in sanctions-free Istanbul where I’m writing this. Westerners stopped coming at the start of the COVID-19 lockdown two years ago and still haven’t returned. If Russians are unhappy with Putin—and they’re not—it’s not because of the economy.

I know from bad economies; where I live in New York, crime is out of control, homeless people go untreated for an array of mental illnesses and some are killing people, and being killed, and many storefronts have been empty and boarded up since the beginning of the pandemic. Any New Yorker would or should happily trade places with their Muscovite counterpart, who lives in a city with clean streets and subways that don’t serve as rolling homeless shelters and where life feels as if COVID-19 was never a thing. News stories that claim Russia is on the ropes are a giant magnificent pile of lies so over-the-top that I can’t help but be impressed by their glorious audacity and easily-debunked mendacity. All you have to do is go to Russia, as I did, and see for yourself that it’s all bull—but hey, that’s a lot of trouble—because of sanctions that seem to be hurting us more than them.

Self-delusion is more fun. Who, after all, should you trust? The same U.S. state media that told you Saddam had WMDs? Or some cartoonist-columnist who told you, well in advance, that the U.S. didn’t stand a chance in Afghanistan, Trump would win in 2016 and that he would attempt a coup d’état to remain in power?