How Do You Feel About Sarah Palin? It Shouldn’t Matter. 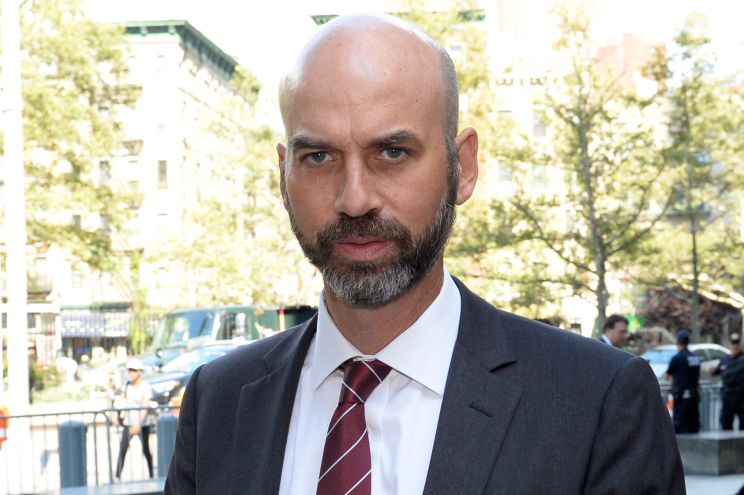 Scrolling through the comments sections under news stories about Sarah Palin’s defamation lawsuit against the New York Times—dismissed by a judge while a non-sequestered jury was still deliberating and no doubt next heading to an appeals court—provides ample evidence of the dismal state of political tribalization in this country. With few exceptions conservatives wanted to see her prevail against a media outlet they revile, while liberals who care neither for her politics nor her style argued that she deserves to lose because she helped contribute to the rhetorical toxicity in which they themselves are unwittingly participating.

Politics is personal. But the personal shouldn’t obscure policy.

If they stopped to think about it, lefties ought to sympathize with Palin. Declaring herself “powerless,” Palin testified: “I was in Wasilla, up against those who buy ink by the barrel and I had my No. 2 pencil on my kitchen table.”

She’s not wrong. Having been a few million votes away from being a heartbeat away from the presidency 14 years ago may well make her something of a historical immortal, but that past doesn’t alter the present truth. Palin is now a private citizen, a relative David challenging a $7 billion Goliath with iconic cultural clout and the deepest of establishment ties, backed by decades of case law that protects media defendants to the extent that most aggrieved would-be plaintiffs never dare to sue. The New York Times, on the other hand, is hardly a sympathetic defendant. As progressives recall, the Times allowed reporter Judith Miller to propagandize in favor of invading Iraq, ran interference for Hillary Clinton against Bernie Sanders, and studiously stifles ideological expression to the left of the corporatist wing of the Democratic Party.

Without Palin’s proto-Trumpism, from a team-politics mindset she’d be the left’s inherent favorite.

I am impervious to her charms. As I said in 2008, I voted for Barack Obama in large part because I worried that John McCain’s age and health increased the likelihood that the kooky Alaska governor would wind up in control of nuclear launch codes. I will always have contempt for anyone who thinks it’s cool to shoot wolves from a helicopter. But none of that matters in her lawsuit, which comes down to an important question: our society and democracy rely on robust freedoms of the press, but must the First Amendment remain a license to defame and an inducement to journalistic laziness, as has become the case since the 1964 case New York Times v. Sullivan?

Defenders of free expression have often found themselves legally allied with controversial and disreputable figures. In 1978 the ACLU supported a neo-Nazi group’s application to march through the streets of Skokie, Illinois, a Chicago suburb where many survivors of the Holocaust lived. Hustler magazine publisher Larry Flynt received support from high-profile celebrities in his 1977 obscenity trial in Cincinnati as well as his 1983 legal defense against Moral Majority founder Jerry Falwell; the Association of American Editorial Cartoonists, of which I am a member and a former president, supplied an amicus brief in the Falwell case. The ACLU has consistently opposed attempts to ban the burning of the American flag at political protests.

The fact that these legal battles involved fascists, a notorious pornographer and profound disrespect of a revered national symbol is neither ironic nor bizarre; censors rarely target milquetoast or middlebrow expression.

First and foremost, journalists who don’t check their facts and then print outrageous falsehoods about a person, even a public figure like Palin, ought to risk legal exposure. If it can happen to her, it can happen to you. Yet Federal Judge Jed Rakoff, 78, a liberal appointed by Bill Clinton, stated in his dismissal ruling: “Certainly the case law is clear that mere failure to check is not enough to support ‘reckless disregard’ in the context of any libel claim.” If he’s right, “reckless disregard for the truth” is a phrase without meaning—and that needs to change.

Evidence favorable to Palin’s “actual malice” argument was brushed off in media coverage and, apparently by the judge. “What was missing from the whole production was any indication that Bennet was out to smear Palin,” wrote Erik Wemple of The Washington Post. Maybe there wasn’t a “smoking gun,” as Wemple noted. But what about motivation? What about conflict of interest? Former Times editorial page editor James Bennet—responsible for smearing Palin—has a brother, Michael Bennet. Michael happens to be a United States senator from Colorado—and Palin endorsed his Republican opponent. Michael despises Palin, calling her an “extremist.” Maybe James, a Democrat from a family of Democrats, doesn’t share his brother’s opinion of Palin. But I wouldn’t bet on it.

Rakoff didn’t allow the jury to hear that tidbit.

Ex post facto (or retroactively applied laws) are specifically prohibited under the Constitution. Palin sued in 2017 yet Rakoff ruled that her case was subject to the state’s newly-amended “anti-SLAPP” law enacted in 2021 and so requires her to meet the high bar set by Sullivan for public figures to prevail in libel and defamation claims. Do we want to live in a country where the rules change after the game has started?

Every plaintiff and defendant should enjoy an equal playing field but that doesn’t appear to be the case here. The Times was permitted to make the distracting, spurious argument that Palin’s reputation wasn’t harmed. “The Masked Singer. Do they put on inciters of violence?” David Axelrod asked during closing arguments. Under straight defamation, Palin would have to show she had lost income or opportunities. But she sued for defamation per se, a finding that what the Times said about her was so over-the-top that she deserves punitive damages without having to prove actual damages.

There are other indications that the judge harbored animus against Palin. “She is, of course, unvaccinated,” Rakoff remarked on January 24th after she tested positive for COVID-19. Of course, vaccinated people get the virus too. I did.

Then there was the judge’s unusual decision to dismiss her case while the jury was deliberating. Under anti-SLAPP, she will be ordered to pay the Times’ attorneys’ fees. Palin didn’t get justice but rather a brutalist simulacrum of due process. She was teased with the possibility of victory, both sides’ attorneys’ fees mounting at her expense, only to have it snatched away at the whim of one man rather than the judgement of 12 peers. And we were deprived of a clear jury verdict on a matter of public importance.

Experts believed Palin’s right-wing politics might hurt her with her jury in New York, one of the most liberal cities in the country. “In this case, you have a very prominent plaintiff who is suing in a city that I would say would not be her favorite place to be judged,” First Amendment attorney Floyd Abrams, who sides with the Times, told Politico.

It didn’t help her with the judge. And it’s disgusting. Whatever Palin has done to the body politic or to wolves in Alaska, she is the victim here. No one, including the Times, disputes that the newspaper unfairly characterized her as being partly responsible for a fatal mass shooting when there was no evidence that that was true.

Palin’s personality and politics are irrelevant. The question here was not whether or not you like Sarah Palin. It was whether James Bennet engaged in “reckless disregard for the truth,” part of the standard of “actual malice” under Sullivan that Palin’s attorneys need to clear, or the paper got to walk away without paying her—indeed, she has to pay them—because it issued a correction after it discovered it was wrong.