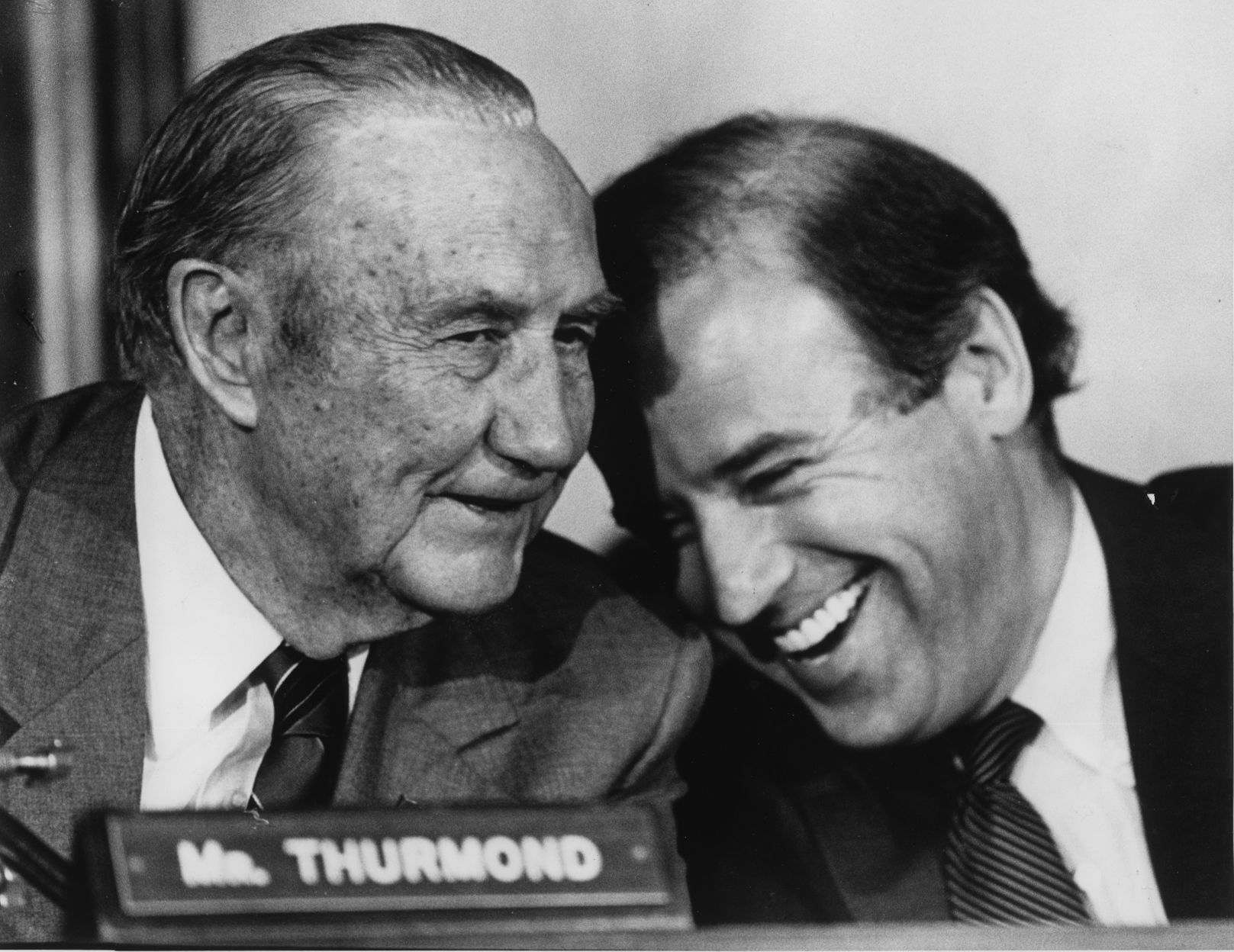 What would President Joe Biden do? His supporters are making it hard to read the tealeaves.

They say he’d appoint a great cabinet. But he won’t tell us who would be in it.

They say he’d be progressive. Yet his “unity platform” doesn’t include a single major policy position endorsed by Bernie Sanders.

As they warn in those investment company ads, past performance is no guarantee of future returns. But there’s a reason Wall Street analysts pour over historical data—past performance is a strong indicator of what a stock will do next. So if you want to know what kind of President Biden would be, it’s smart to study his record, which has been consistent over 44 years in public office.

With a few exceptions, Biden has always positioned himself either at the center or to the right of the ideological 50-yard line of his party at any given time.­ When he has written or sponsored legislation with broad implications, it has been so reactionary that it could easily have been authored by a right-wing Republican, like the 1994 crime bill and the USA-Patriot Act. Biden has never been responsible for any major law that could be described as liberal.

It’s impossible to know what was in Joe Biden’s heart as he considered policy decisions throughout his four decades in Washington. All we know is what he actually did. There were few acts of foresight, much less courage. Even when the choice between right and wrong was clear to many others, Biden was on the wrong side of history.

Could this conservative Democrat, at age 78, suddenly reverse course and turn into a progressive? Anything is possible. But it isn’t likely.

I was 12 years old in 1975, but I remember how people felt about court-ordered busing in order to desegregate public schools. Racists were against it; anti-racists were for it.

Biden was against it. He was so against it that he cosponsored an amendment against busing with Senator Jesse Helms, the Republican far-right segregationist. “What it says is, in order for your child with curly black hair, brown eyes and dark skin to be able to learn anything, he needs to sit next to my blond-haired, blue-eyed son. That’s racist! Who the hell do we think we are, that the only way a black man or woman can learn is if they rub shoulders with my white child?” Biden said in what ought to have been a career-killing rant.

He has never apologized.

As chairman of the Senate Judiciary Committee considering the nomination of Clarence Thomas to the United States Supreme Court, Biden failed to protect Professor Anita Hill from scurrilous attacks by Republican committee members during televised hearings. He seemed to value his working relationship with the GOP more than protecting a Democratic witness. Scandalously, Biden failed to call Sukari Hardnett, who corroborated Hill’s account. Thomas’ confirmation might not have survived her testimony.

Over the past few decades, Americans have liberalized their views about drugs, coming to favor the legalization of marijuana and opposing the “war on drugs” that criminalized substance abuse rather than treating it as a medical condition. Biden is on the opposite side of that trend. He is still against legalizing pot. And he was an aggressive proponent of the war on drugs. In 1983 he joined far-right, racist, Republican senator Strom Thurmond in cosponsoring the legislation that launched the modern asset forfeiture program, which allows police to steal property belonging to people suspected of possessing drugs even if they are not ever charged, much less convicted, of a crime.

Biden has been on the side of the angels a few times. He is fairly strong on LGBTQA rights. He voted against the 1991 Gulf War. Most of the time, however, he sides against oppressed people and in favor of military intervention.

Many people reading this will ask: but what about Trump? Isn’t he so much worse that Biden has to be an improvement?

Trump is terrible. His non-response to the coronavirus pandemic and his relentless racism and dogwhistling to neo-Nazis are execrable and impeachable. As awful and insane as he is, however, there’s no reason to think that he is any worse than Joe Biden would be.

At the end of the next four years, hundreds of thousands of people around the world are more likely to be alive if Donald Trump is president rather than Joe Biden. Trump has resisted new wars and is bringing an end to the U.S. occupation of Afghanistan; Biden has repeatedly voted for new wars and backed policies that destroyed countries like Libya and Syria.

Though he hasn’t gone nearly far enough, Trump seems to understand the need to direct stimulus money into the pockets of unemployed and underemployed Americans. Biden, on the other hand, is a devotee of austerity. He was an architect of President Barack Obama’s decision to ignore millions of unemployed and newly homeless workers while handing $7 trillion in federal aid to big banks. One can easily imagine Biden reprising the role of Bill Clinton, another Democrat who became a deficit hawk, at a time when the Treasury should be spending money like water. It took Nixon to go to China; it takes a Democrat to screw the working class.

Vote for Joe Biden if you want to. But please don’t delude yourself. You’ll be voting for a change, not an improvement.