It Could Easily Happen Here, Soon 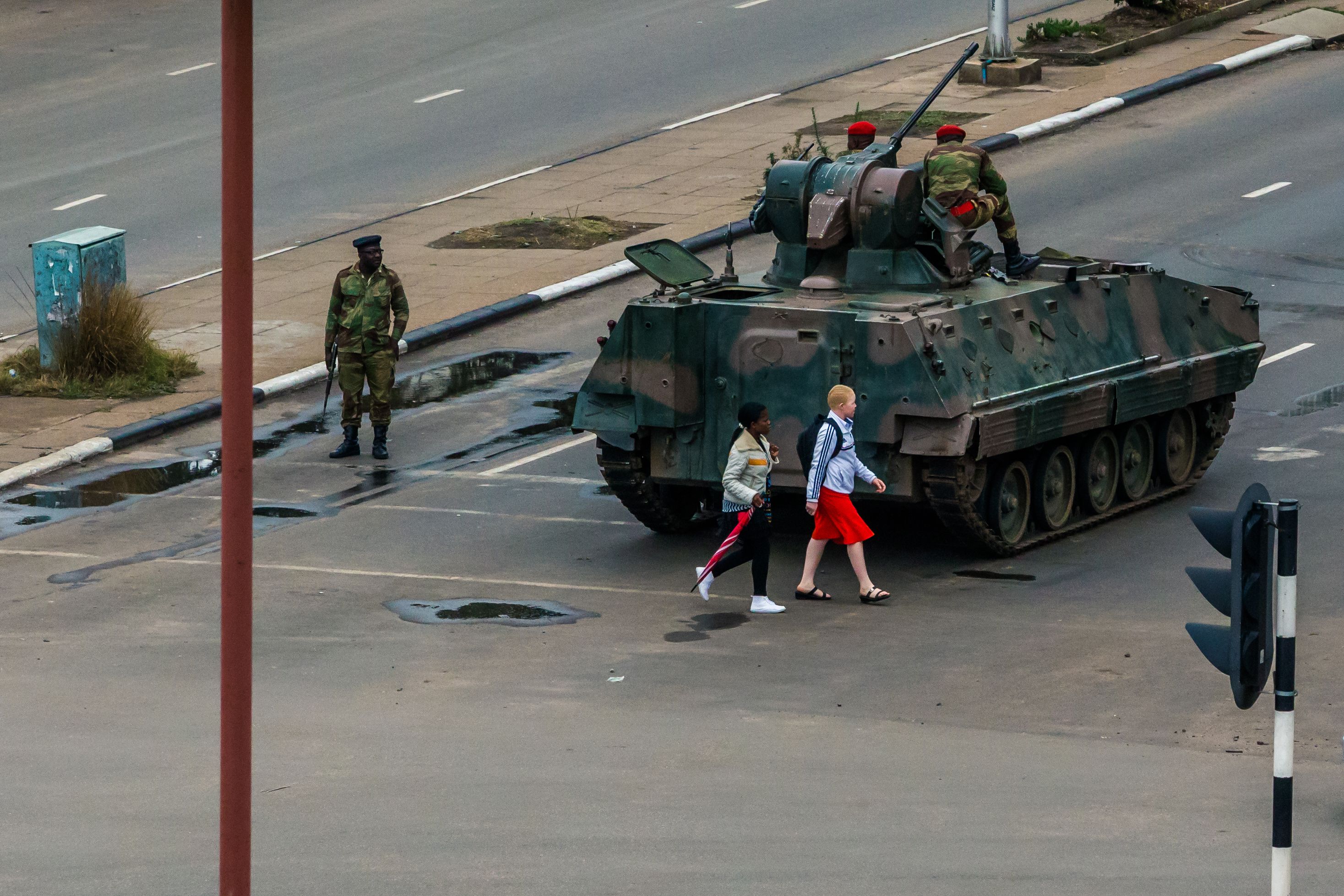 You don’t want to lose your job. How would you feel if getting fired would mean that you would spend the rest of your life in prison? You would do anything to keep working.

That’s the position in which Donald Trump finds himself.

The president is the target of a myriad of congressional, state and federal investigations into his business practices. Trump could resign in exchange for a deal with Mike Pence to pardon him as Ford did for Nixon, or hope for a victorious Joe Biden to do the same in the spirit of looking forward, not backward.

But a presidential pardon wouldn’t apply to the biggest threat to Trump’s freedom: the New York-based inquiries by the U.S. attorney for the Southern District of New York, New York’s attorney general and the Manhattan D.A.’s office into hush payments that former Trump lawyer Michael Cohen made to Playboy model Karen McDougal and the adult-film actor Stormy Daniels, violations of the Constitution’s emoluments clause and into Trump’s business practices in general.

It’s highly unlikely that, as long as he continues to reside at 1600 Pennsylvania Avenue, Trump will be frog-marched into a police van. Many legal experts argue that presidents enjoy at least temporary immunity from prosecution. Department of Justice memos dating to 1973 state that, as a matter of policy though not law, a sitting president should not be indicted.

If Joe Biden maintains his double-digit lead in the polls, however, Trump stands to lose his executive immunity from prosecution early next year. At age 74, even a five-year prison term could effectively become a life sentence. What would Trump be willing to do to avoid that?

In the back (not all the way back) of Trump’s mind has to be the possibility of canceling the election.

There has been speculation, from such notables as Hillary Clinton, that Trump might refuse to leave the White House if he loses to Biden. Indeed, Trump has fed rumors that he plans to discredit the results in case of a loss. He says mail-in balloting would be plagued by fraud and foreign interference and refuses to commit to accepting the results. If I were the president, I would reject this option. Refusing to leave would be far from certain to allow him to remain in office more than a few weeks or months.

Another crisis scenario making the rounds has Republican governors loyal to Trump refusing to certify the results in their states. Under one of the more arcane sections of the Constitution the final result would be determined by the House of Representatives under a one state delegation–one vote scheme. Most states are majority Republican so Trump would probably win. Trump shouldn’t go with this plan either. Relying on feckless governors in the House of Representatives process would leave too much to chance.

Only one approach comes close to guaranteeing that Trump remains at the helm for the foreseeable future and thus out of the clutches of New York prosecutors: canceling the election entirely.

On or about November 1st, he takes to the airwaves.

“My fellow Americans,” he intones, “we are a time of unprecedented crisis. We are deep in the dreaded second wave of the coronavirus. It would be reckless and irresponsible to ask people to go outside and stand in line, risking death, in order to cast a vote that can easily be cast next year, after we have a vaccine. Moreover, the streets of many of our cities have been overrun by rioters and looters. We can’t have an election without law and order. Therefore, we will delay the vote until our safety can be guaranteed. God bless America.”

Never mind that the riots will have been provoked by Trump’s own federal government goons, the so-called Federal Protective Service, or that the pandemic will be raging because of his own incompetence, denial and inaction. His argument will ring true with his Republican base and a few moderates. As usual, Democrats will be stunned, clueless and impotent.

Trump has set the stage for a too-dangerous-to-vote argument.

Black Lives Matters protests were winding down before he sent FPS to Portland and Seattle. Thanks to these violent agents provocateurs the crowds of angry protesters are growing, buildings are burning and people are getting killed. He wants to send thugs to Chicago and other cities as well. By October they could be all over the country, spreading chaos.

After downplaying the threat of COVID-19 for months, the president has radically reversed course. He is wearing a mask in public, urging others to do so and resuming coronavirus-themed press briefings, replacing public health officials as the face of the crisis response. The new messaging: COVID is deadly. Mail-in ballots, the social-distancing alternative to IRL voting, has been discredited by the GOP; anyway, it’s too late to implement it now. Just watch: he may call for schools to remain closed, another switch.

There is no legal mechanism for canceling a federal election. The Supreme Court can’t do it. There are no exceptions, not even for nuclear war. The U.S. system will have broken down.

What will happen next? We have seen it many times in many other countries. Trump and his associates will not be able to allow the media to talk, the courts to rule or the politicians to criticize his coup.

Trump, former president and now dictator, will censor and suppress dissent to protect his regime. Martial law will be declared. Media outlets, including social media online, will be seized and censored. Lists of potential critics and opponents—leading Democrats, academics, intellectuals, pundits, even political cartoonists—will be drawn up. Those on the list will be arrested, or worse.

They say it—fascism, authoritarianism—can’t happen here. But if you’re Donald Trump and you think you’re about to lose and go to prison, what other option do you have?