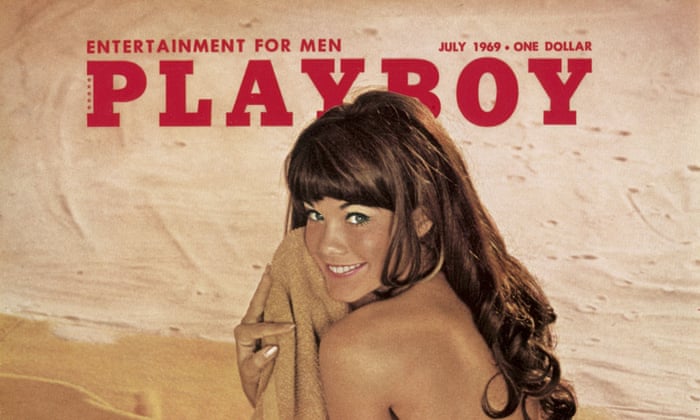 No one has ever accused Ross Douthat of excessive astuteness. “Donald Trump isn’t going to be the Republican nominee,” he wrote in January 2016. Dude is paid to prognosticate politics. Even so, Douthat probably pulls down six figures at The New York Times, which doesn’t grant me the courtesy of a rejection letter. So people pay attention to him.

Hugh Hefner’s death didn’t move me. Penthouse was my print media stimulus of choice. I only read Playboy after the magazine’s late delightful cartoons director Michelle Urry commissioned some samples during her campaign to update the magazine’s hoary cartoon section with edgier, more political work. (Alas, those weird Marxist sex cartoons are lost to history.)

The worst cartoon editors are former aspiring cartoonists. Hef was one of those; he killed my stuff for being too edgy and political.

But Hefner sure managed to rile up Douthat.

“Hef was the grinning pimp of the sexual revolution, with Quaaludes for the ladies and Viagra for himself — a father of smut addictions and eating disorders, abortions and divorce and syphilis, a pretentious huckster who published Updike stories no one read while doing flesh procurement for celebrities, a revolutionary whose revolution chiefly benefited men much like himself,” Douthat wrote upon the Playboy founder’s passing.

As if syphilis hadn’t existed pre-Hef.

Banging out an all-out assault so shrill it would come off as over-the-top if it concerned Charles Manson, Douthat even blames Hefner for the sins of the political class: “Liberals should ask why their crusade for freedom and equality found itself with such a captain, and what his legacy says about their cause. Conservatives should ask how their crusade for faith and family and community ended up so Hefnerian itself — with a conservative news network that seems to have been run on Playboy Mansion principles and a conservative party that just elected a playboy as our president.”

Get real: I never met a liberal who considered Hefner a leader, much less the captain, of liberalism. And where exactly are these devout family-values crusading conservatives? Sending other people’s kids off to kill Middle Easterners for fun and profit, or pimping trickle-down economic BS to benefit their rich patrons?

I align myself neither with liberals nor conservatives nor Hefner. Honestly, though: the vituperative nature of so many Hefner postmortems have done more to validate Hefner’s claim that his critics were prudes and anti-sex identity feminists than everything he ever said or did.

There is more than a little ageism in these “The Loin in Winter” depictions of a porn entrepreneur who lived too long, couldn’t figure out the Internet and counted out his final years like a male Norma Desmond in the fading grandeur of a decaying Playboy Mansion, in denial that the culture had moved past him. Douthat opined: “Early Hef had a pipe and suit and a highbrow reference for every occasion; he even claimed to have a philosophy, that final refuge of the scoundrel. But late Hef was a lecherous, low-brow Peter Pan, playing at perpetual boyhood — ice cream for breakfast, pajamas all day — while bodyguards shooed male celebrities away from his paid harem and the skull grinned beneath his papery skin.”

A disgusting depiction — one that reflects upon its author more than its target.

Hef’s passing prompted a few genuinely positive assessments of the man and his product, like this from the refreshing Camille Paglia: “Pornography is not a distortion. It is not a sexist twisting of the facts of life but a kind of peephole into the roiling, primitive animal energies that are at the heart of sexual attraction and desire…It must be remembered that Hefner was a gifted editor who knew how to produce a magazine that had great visual style and that was a riveting combination of pictorial with print design. Everything about Playboy as a visual object, whether you liked the magazine or not, was lively and often ravishing.”

But most post-Hefs were like Peggy Drexler in CNN: “The terms of [Hefner’s] rebellion undeniably depended on putting women in a second-class role. It was the women, after all, whose sexuality was on display on the covers and in the centerfolds of his magazine, not to mention hanging on his shoulder, practically until the day he died.”

True enough. But not really fair.

Really-existing feminists rarely frame their critiques of pornography where it belongs, within the construct of a slave-labor capitalism in which construction workers and yoga teachers and professional athletes and UPS workers and cartoonists wear down their bodies for cash — or starve.

Largely divided between anti-Hefner obits and anti-Hefner obits that give the marketing genius his editorial due, what shines through is a deep discomfort with sex in mainstream American media. What is wrong with a 91-year-old man, even if he looks 91 and resorts to Viagra, viewing himself as a sexual being? Or a 101-year-old woman?

May we all be so alive until we are just dead.