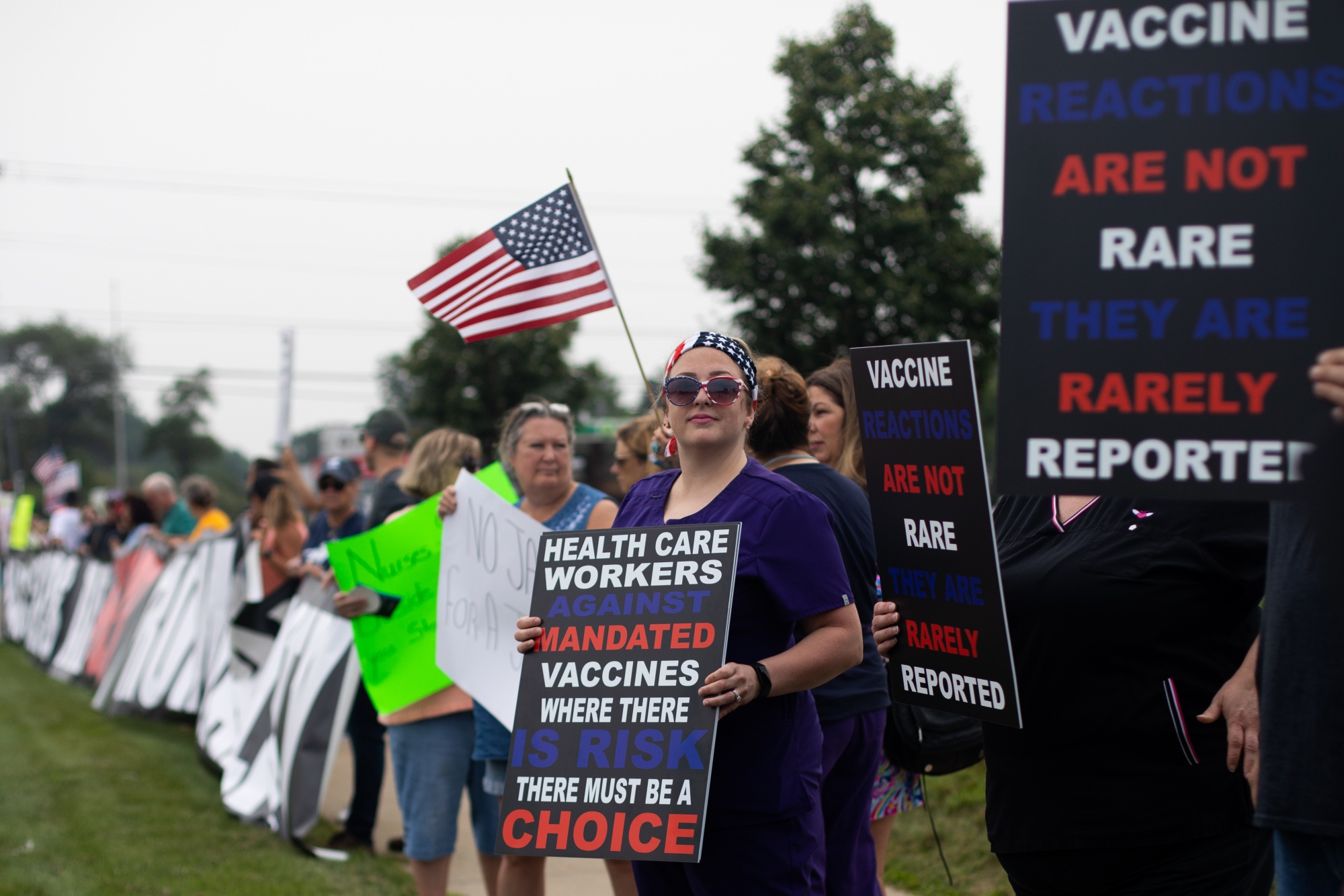 Once every generation or two, a crisis prompts the hysterical demands for quick solutions that lead to unsound decisions. Post-Pearl Harbor, worries about fifth columnists were followed by the deportation of Japanese Americans to internment camps. 9/11 led to two wars, excessive airport security and the privacy-destroying USA-Patriot Act.

Bill de Blasio, mayor of New York in October 2021, declared a city-wide vaccine mandate for municipal workers. “This mandate is a bold step that protects our families, friends, and communities, including those that are not yet eligible for the vaccine such as our city’s youngest residents,” he said weeks before expanding the requirement to private-sector workers employed by 184,000 businesses. Similar strictures quickly spread across the nation.

Setting aside the debate between personal autonomy and the public good, it has since become clear that the rationale for the mandates—that unvaccinated people were spreaders—was flawed. Thousands of workers who were fired for refusing the shot were wronged. They ought to be compensated.

The injustice resulted from that most common of honest mistakes committed by government committee: a conclusion based upon information that was out-of-date. Seven months before de Blasio’s decision, clinical trials had indicated that the Pfizer and Moderna double-doses were highly effective (94-95%) at preventing Covid-19. Eager to lift lockdowns and restart the economy, de Blasio and other mayors thought that restoring municipal services and in-office work depended upon citizens not having to fear infection from city employees as well as private-sector workers.

By the time public-health officials and politicians had imposed mandates, however, the dominant delta and omicron variants had already radically changed the calculus. The first round of vaccines, it was evident by summer 2021, were a lot less effective at preventing “breakthrough infections” of these less severe, more contagious versions of the disease. Government was fighting the previous battle.

The newer bivalent vaccines didn’t fix the problem. According to a CDC study released in November 2022, People who received the original monovalent vaccine 2 to 3 months before receiving the new bivalent booster enjoyed a vaccine effectiveness rate of just 28-31%. An overwhelming majority of Americans, vaccinated or not, have been infected.

“We can no longer say this is a pandemic of the unvaccinated,” Vice President Cynthia Cox of the Kaiser Family Foundation, which found that most people dying of Covid had been vaccinated, told The Washington Post on November 27, 2022.

As liberals liked to say during the pandemic: follow the science. By the time the vaccine mandates went into effect, science said that the odds of a vaccinated NYPD officer contracting and spreading the virus weren’t much lower than those of an unvaccinated cop. Whatever you think of the anti-vaxxers who lost their jobs to mandates—that they were ignorant, paranoid, selfish—they didn’t represent a significantly greater threat to public health than those who did get the jab. Since that supposed danger—that higher danger—was the reason given for letting them go, and that danger differential wasn’t a big deal at the time, they never should have been targeted for termination in the first place.

Mandates no longer apply to private businesses in New York. Yet it remains in force for city employees. Asked in October 2022 about the contradiction, Mayor Eric Adams replied: “I don’t think anything dealing with COVID is—makes sense, and there’s no logical pathway.” State and city employees remain subject to mandates across the nation.

This is not an attack on vaccines. I’m fully vaxxed, boosted four times, and even though I’ve gotten Covid twice after being vaccinated, I’m pro-vaccine. If you’re vaccinated and get a “breakthrough infection,” you almost certainly won’t be hospitalized or die. That’s the benefit being touted by the CDC and the medical community. I have asthma but my recent illness, as the XBB.1.5 subvariant raged, felt like a cold. I believe the vaccine has saved my life.

Dr. Anthony Fauci declared the pandemic over in April 2022. As we return to our normal activities and assess the traumatic politics of the last few years, we should follow the example of President Ronald Reagan, who signed a law apologizing to the Japanese Americans sent to detention camps and paying them compensation.

Let’s cancel mandates and rehire the thousands of teachers, nurses, police officers, firefighters and other workers who lost their jobs because they refused vaccines at a time that their employers couldn’t see clearly. We should issue back pay and an apology to these victims of hysteria.

Penance is good for the soul. In this case, it would also alleviate the shortage of workers in these key professions.