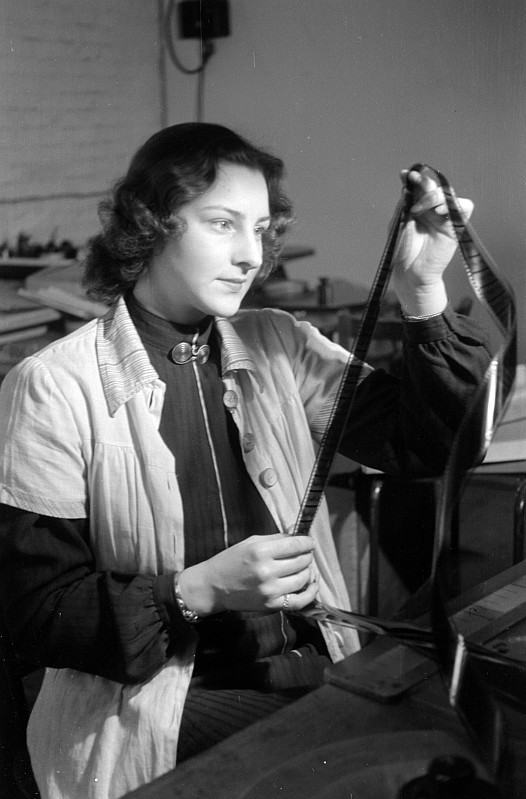 Filmmakers hire them to check for plot holes. Like, in “Forrest Gump” the lead character’s friend Lieutenant Dan couldn’t have invested their money in Apple Computer in 1976, because the company didn’t go public until four years later. Or, in “Pulp Fiction” when hitmen played by Samuel L. Jackson and John Travolta narrowly avoid being shot, the bullet holes appear in the wall behind them before the first shot is fired.

Continuity editors ensure that a movie makes sense, has a consistent look, sound and feel throughout, and moves at the right pace or combination of paces. They axe scenes that don’t advance the plot and insert new ones to fill in explanations and backgrounds in order to smooth out awkward transitions.

They track the big picture.

Hollywood isn’t the only place that needs them.

As the United States keeps sliding its slimy way through economic and sociopolitical decline toward the bubbly brown pit of collapse, our desperate need for people tasked with keeping track of the big picture and given the power to fix inconsistencies—or have access to those with that power—becomes increasingly apparent.

The biggest, most storied organizations have a C-something-O for everything from CFO to CIO to CTO to CDO (diversity). Few (I’d say all but I must allow for the fact that I do not and cannot know everything and everyone) employ a person who brings an outsider’s viewpoint to the deep inside of a corporate boardroom.

Large news organizations like The New York Times, for example, compile, process and disseminate a product whose breadth and depth objectively looks and feels like a miracle every single day. Yet the Times would benefit from an editor with a bird’s-eye view.

Because the left hand of the New York Times Book Review, a Sunday supplement, doesn’t know what the right hand of the features editors who labor in the daily editions is up to, the paper often runs two or even three reviews of the same title. Meanwhile, it fails to review most titles entirely.

Pundits on the op-ed page and analysts in the business section crank out one prognosis after another, but no one ever analyzes their record of success or failure in order to determine whether they are worth paying attention to (I’m looking at you, Thomas Friedman).

Newspapers don’t see what’s missing; a country whose voters are 38% pro-socialist might like a socialist opinion columnist. No one ever takes a beat to consider the possibility that a nation in which R&B/hiphop has dominated music charts for years might not respond well to a music section in which jazz (1% of sales) and classical (also 1%) receives disproportionately high coverage.

Our for-profit medical system is sorely lacking in many respects. One that leaps out is how à la carte recordkeeping makes it so that no one other than the patient themself enjoys comprehensive knowledge of a person’s health.

My general practitioner, for example, maintains records of my vaccinations, lab test results, examination history and back-and-forth communications. She does not, however, have access to the files and test results collected by my pulmonologist or other specialists, some of whom I see outside my insurance network. Nor can she see the stuff from my local urgent care clinic or the doctors I’ve seen in other states or other countries, or hospital emergency rooms, or from physicians I saw in the past but who have since retired. My dental records, themselves segregated between a dentist and an orthodontist, are similarly inaccessible to my GP. This is the result of the artificial insurance divide between dental and medical care that persists despite the proven link between oral health and such “non-dental” ailments as Alzheimer’s, diabetes, stroke and heart disease. Eye care falls into the same “non-medical” category—again, contrary to science and common sense. No one has a comprehensive understanding of Ted Rall’s medical history except Ted Rall—and he didn’t go to medical school.

Everyone ought to be assigned to a big-picture medical professional who pores over all these records in search of patterns that may indicate an undiagnosed illness. Many lives could be saved; hell, insurance companies save cash when patients detect problems early, not that I care about those scum. But Americans are so accustomed to dysfunction (in this case, non-function) that we haven’t even begun to discuss the need for an integrated medical records database accessible by any licensed medical professional, much less a caste of medical analysts whose job it is to try to anticipate problems.

Like most societal shortcomings, our continuity editor-lessness comes straight from the top of the class divide: political and corporate elites. As much as our CEOs’ and political leaders’ smallmindedness is casting us adrift, no one is suffering higher opportunity costs than they are. A national high-speed rail system—the kind every other advanced country has—would open up development of new manufacturing, work and living spaces all over the nation. It would cost at least $1 trillion.

So it won’t happen any time soon.

But we spend three-quarters of a trillion bucks on “defense” every year—a budget replete with waste before you consider that the entire purpose of military spending is not merely wasteful but obscenely destructive. Slash 95% of that crap and national security would not suffer one whit. To the contrary, it would free up billions for worthwhile programs like making college free, modernizing public schools and a socialized healthcare system. Building new sectors and infrastructure from scratch generates more profits than maintaining what already exists. But they can’t even begin to think about thinking about such things, much less see them.

If and when the Revolution arrives, some of the formerly-rich may think to themselves as they journey atop their tumbrels: I should’ve hired a continuity editor.