Transgender People Shouldn’t Compete in Sports. Neither Should Cis People. 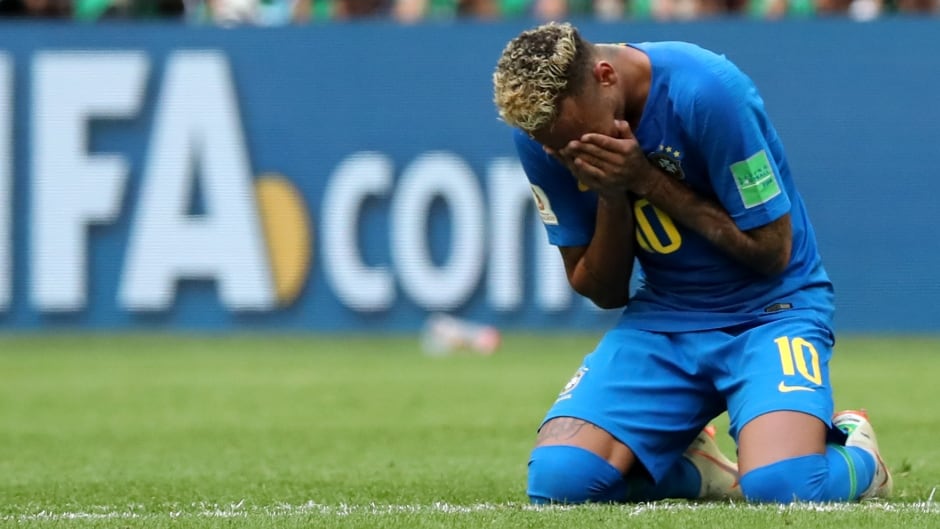 A new Washington Post poll about Americans’ views of transgender athletes offers a lot to think about. I found the margins more interesting than the headline. Like, who are these 2% of people who think that transgender girls are at a physical disadvantage when they compete against cis girls in youth sports? Why would they think that?

Another takeaway is that 16% of respondents have a close friend or family member who is transgender. One in six! As a writer and cartoonist who works from home—but in New York, the most diverse city in the country—clearly I need to get out and meet more people. Last week a Pew poll found that 1% of Americans are nonbinary, a figure that rises to 3% for people ages 18 to 29. I know hundreds of people, including lots of Millennials. How come I don’t know anyone nonbinary in a country with 3.3 million of them?

But what I’ve been thinking about most is an issue that is so baked into our society that it is no issue at all: the idea that competition is a good thing.

Most respondents to the Post survey oppose allowing transwomen to participate against cis women in competitive sports at any level. Yet a majority are also concerned that the mental health of transgender athletes might suffer as a result of such a ban—meaning that, even among some of those who view such competition as unfair, some worry that transwomen athletes denied the opportunity to compete against other women in sports will suffer psychological damage.

It’s an intractable issue. As transgender athletes have argued, segregation by gender in sports is in and of itself arbitrary since some cis women have inherent biological advantages over some cis men. Any attempt to make physical competition fairer, as with weight classes in boxing and wrestling is inherently arbitrary. Where does it stop? Shall we have separate basketball leagues based on the players’ heights? Should the 152-to-164 lb. weight class be split up more finely? Down to the ounce?

There is little political appetite for allowing everyone to compete against one another regardless of sex or gender, and for obvious reasons: in most sports, people who are born male have bigger and stronger bodies, and hormonal advantages, on average than those born female. Eliminating the gender divide would effectively downgrade half the human race to intramural athletes, with no chance to win anything more than the joy and satisfaction of participating.

But then, what’s so great about competition? Personally, this cis male has always found competition of all kinds — in sports, at work, in the arts — to be toxic.

I attended elementary school in the mid-1970s, when soccer was first gaining a foothold in the United States. In my Ohio town it started out as exclusively intramural. I signed up and loved it. (It’s not relevant here, but I was pretty good.) Then they converted the intramural league to the competitive teams we have today. Coaches, and then players, got serious about winning. They turned mean. Grown men ordered us kids to target the best player on rival teams and injure them so that they couldn’t play. It wasn’t fun anymore so I quit.

Competition ruined every sport I tried: track, wrestling, baseball. Winning was the only thing that mattered. My teammates quickly took to trash-talking batters; I found the practice foul. To me, play is not something that you do at the expense of other people. I’m not alone: Survey data shows that 70% of kids drop out of organized sports by age 13.

Studies show that competition causes depression, anxiety and self-harm. And no wonder! Competition turns everyone but the winner into losers. The practice of my professors at Columbia University School of Engineering, who graded on a curve, illustrated the absurdity of America’s winner-take-all culture. No matter how brilliant the students in a class, half of us would receive an F. Objectively, of course, we were all superb at math and science and we all worked hard; we wouldn’t have been admitted otherwise. Objectively, we all should have gotten As. Instead, CU set up a system where they took thousands of students who were by far the best in their high schools, and turned three-quarters of them, me included, into expelled losers, unemployed with thousands of dollars in student loans.

Because of competitive grading, 49% of students feel a great deal of stress on a daily basis. Educators should consider following the example of Hampshire College, which does not issue letter grades.

If you have held a job, you know how dispiriting workplace competition can be. Brownnosers prevail over those who work harder. Intelligent workers get passed over in favor of those who don’t threaten their colleagues with difficult questions. Unfair promotions piss people off. Workers are more likely to quit a job after a colleague gets promoted than one in which no one gets promoted.

Competition in the arts is silly and destructive. What makes a song or a sculpture or a cartoon “better” than another one? It’s purely a matter of subjective taste. Who receives the Oscar or the Tony or the Nobel usually has far more to do with contemporary politics and the composition of the prize jury than the quality of the work.

Columbia University, which administers the Pulitzer Prize, has decided to abolish the editorial cartooning section in favor of a broad illustrated commentary category that also includes comics journalism, comic strips, graphic novels, magazine illustrations, you name it. Effectively they have reduced an editorial cartoonist’s chance of winning a Pulitzer from slim to none, which is bad for a nearly-extinct profession, which is why I added my name to a petition letter opposing it.

In a way, though, they’ve done us a favor. With few exceptions, each year’s announcement of the winners and finalists has been followed by a flurry of phone calls between the 99% of us who lost. We disagree with the choice of the winner. We bemoan the great work that’s been snubbed. We wonder what the hell happened in the room where it happened; what were the jurors thinking and why are their deliberations unaccountable? Most of all, we wonder what we could have done, if anything — spoiler, probably nothing — to have won ourselves? Even the winner is a loser, because for they know that few others are happy about their victory. I’ve been at this for more than a quarter of a century and I can’t remember any winner being greeted by anything close to universal acclaim by his or her colleagues.