Our Culture of Violence Comes from the White House 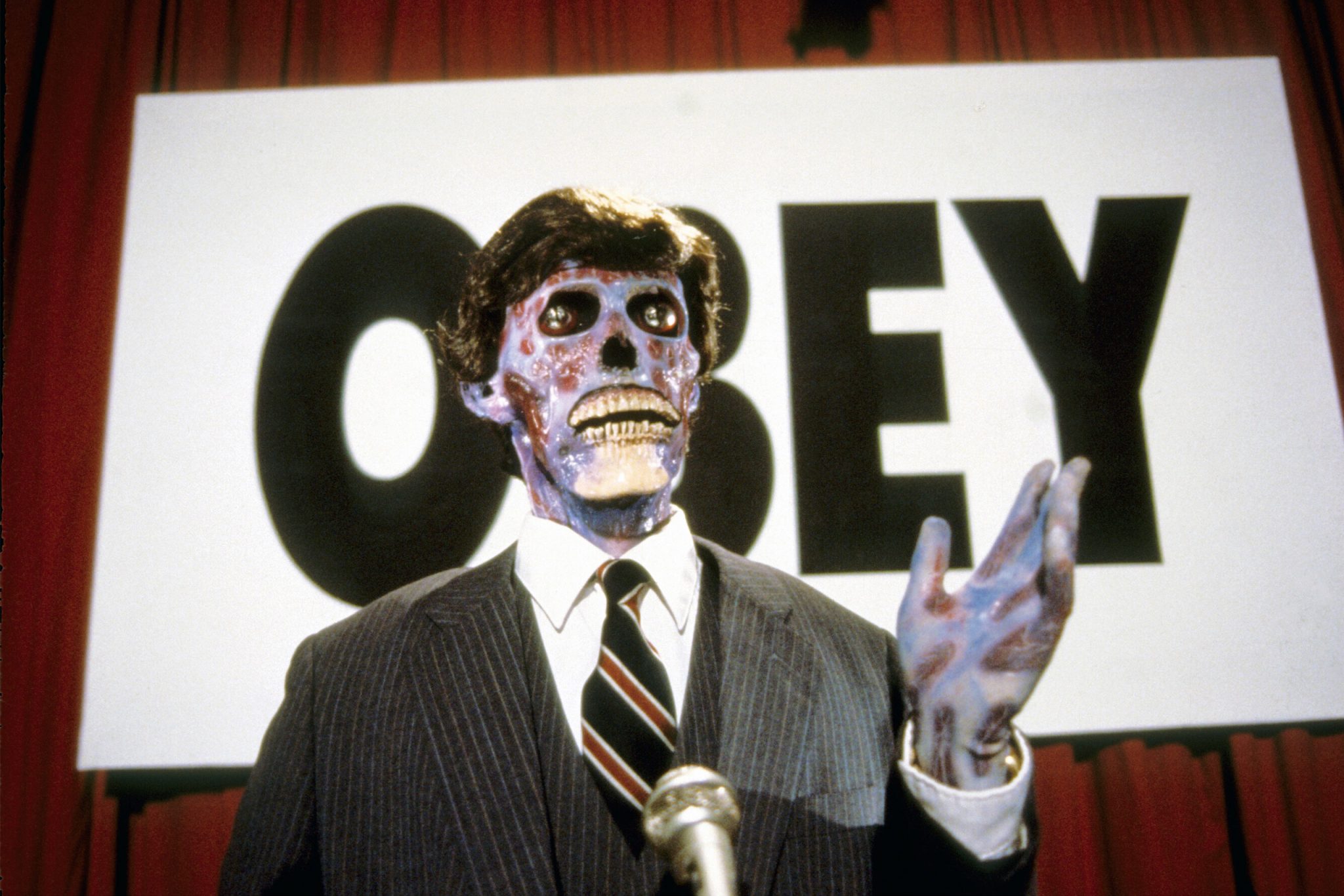 Liberal politicians call for gun control, and they have a point. Countries with gun control have less gun violence. The old assault weapons ban did some good. You have to pass a test to get licensed to drive a car or, in most states, to operate a boat—surely the same could be required of those who want to possess firearms.

Conservative politicians call attention to America’s worsening epidemic of mental illness. They have a point too. Most mass shooters have untreated psychiatric disorders; most are suicidal.

But neither side addresses America’s culture of violence. Why would they? They both feed into it.

The ethical norms of a society become broadly accepted after they are defined and propagated by the acts and public statements of political and religious leaders, news and entertainment media and celebrities. If morale goes from the top-down, so do morals. If you doubt this is true, look at nations with low rates of violent crime like Switzerland, Denmark and Japan. Compared to our political discourse, which is often glib, macho and coarse, theirs is thoughtful, polite and reserved. Day-to-day interactions between citizens is less aggressive; their drivers are the safest and least likely to succumb to road rage.

American political leaders, on the other hand, revel in cognitive dissonance, flashing a knowing wink at cameras as they call for peace in between indulging their swaggery inner cowboy: starting and prolonging wars, ordering assassinations and issuing one threat after another. Is it any wonder that a young man, made impressionable by mental illness and desensitized by over-the-top violence on film and interactive bloodletting in immersive video games, might draw the message that opening fire on a classroom full of schoolchildren is an acceptable way to express his frustration and rage?

“There’s no place for violence,” Joe Biden said during the 2020 election campaign. But he wasn’t talking about state violence—he was condemning the destruction of property by Black Lives Matters demonstrators who were trying to stop police brutality.

Truth is, there’s plenty of places where rhetorical violence is acceptable in America—beginning at the White House podium. Even when reacting to last week’s massacre of 19 children and their two teachers in Uvalde Texas, Biden bottom-shelved grief and sorrow in favor of frustration, irritation and blame: “I am sick and tired of it. We have to act. And don’t tell me we can’t have an impact on this carnage…What in God’s name do you need an assault weapon for except to kill someone? Deer aren’t running through the forest with Kevlar vests on, for God’s sake. It’s just sick. And the gun manufacturers have spent two decades aggressively marketing assault weapons which make them the most and largest profit.” [Emphases mine.]

Where American politicians really revel in violent rhetoric at a fever-pitch level unheard of anywhere else on the planet, however, is where it’s easiest to other-ize their victims: foreign affairs.

“This strike was not the last,” Biden said after ordering an assassination drone to launch missiles into a house in Kabul in August 2021, deploying the butch verbiage of an action movie. “We will continue to hunt down any person involved in that heinous attack [by ISIS-K at the Kabul airport] and make them pay.” (Actually, the drone strike killed 10 innocent civilians, mostly children.) Imagine a European prime minister talking like that!

On the campaign trail for Obama in 2012, then-Vice President Biden repeatedly bragged that his administration had carried out the extrajudicial assassination of Osama bin Laden and had ordered the Al Qaeda chief murdered after he was captured alive. “You want to know whether we’re better off?” Biden asked a cheering crowd of 3,500 in Detroit. “I’ve got a little bumper sticker for you: Osama bin Laden is dead and General Motors is alive.” Charming.

For Americans, violence is the go-to solution to many foreign crises even when there are better alternatives. Bin Laden, for example, could have been put on trial, with 9/11 treated as a law-enforcement issue. It would have elevated us, provided answers to the victims’ families and diminished the prestige of the terrorists.

Following the bombastic, high-strung George W. Bush, Barack Obama cultivated an image of calm deliberation: “No Drama Obama,” his staff called him. Still, that didn’t stop him from tastelessly normalizing political murder. The president pointed to the Jonas Brothers during the White House Correspondents’ Association Dinner and joked: “Sasha and Malia are huge fans, but boys, don’t get any ideas,” Obama said as reporters guffawed. “Two words for you: Predator drones. You will never see it coming.” The thousands of innocent people blown up by Obama’s drones, none by legal means, must have found his depravity hilarious.

Political leaders of other countries have started wars. Some have murdered rivals. But most have enough grace and attention to decorum to recognize that such acts are unpleasant—necessary, perhaps, in order to achieve their objective, but nothing to boast about. They deny involvement or refuse comment or invent cover stories to justify their crimes as Hitler did when he claimed that his 1939 invasion of Poland was an act of self-defense. Only Americans respond to an adversary’s sticky end with an unseemly spiking of the football.

Hillary Clinton, who served as secretary of state under Obama, also contributed to America’s uniquely cavalier attitude toward violence. While watching a video of Libyan jihadis murdering dictator Moammar Gaddafi by sodomizing him with a bayonet, she famously cackled: “We came, we saw, he died.” She then laughed heartily.

Saddam Hussein was captured by U.S. forces occupying Iraq in late 2003. Never one for keeping his thumb off the scale, President George W. Bush called for the dictator—a former U.S. ally—to be executed: “I think he ought to receive the ultimate penalty…for what he has done to his people. He is a torturer, a murderer, and they had rape rooms, and this is a disgusting tyrant who deserves justice, the ultimate justice.” Self-awareness note: Guantánamo and other U.S. “black sites” set up by Bush for kidnapped Muslims also featured torture, murder and rape.

Americans don’t just like violence. Extrajudicial, illegal violence is in our DNA. We glorify Washington’s crossing of the Delaware on Christmas because he won and chuckle at his willingness to violate the customs of how war was fought at the time. American revolutionaries who ambushed the British using guerilla tactics weren’t cheaters, they were clever. Lincoln is considered great because he fought the Civil War over his refusal to accept the Confederacy’s legal decision to secede. Few Americans gave much thought to George H.W. Bush’s decision to invade Panama, a sovereign nation, and prosecute its president, in the U.S., like a common criminal even though he was probably innocent—but it was insane.

Is there a direct line between statements by presidents and Salvador Ramos, the 18-year-old Uvalde shooter? No. But direct orders are not how cultural norms permeate a society. When a behavior is normalized it becomes, by definition, so commonplace and acceptable that it hardly occurs to anyone that there’s anything wrong with it. Violence in America is like the old Palmolive commercial: we’re soaking in it. So we don’t notice it. Political leaders who normalize violence (especially extrajudicial violence) as acceptable, entertaining and amusing shouldn’t be surprised when impressionable young men follow their example and resort to violence themselves.