When It Cares, the U.S. Government Is Extremely Efficient 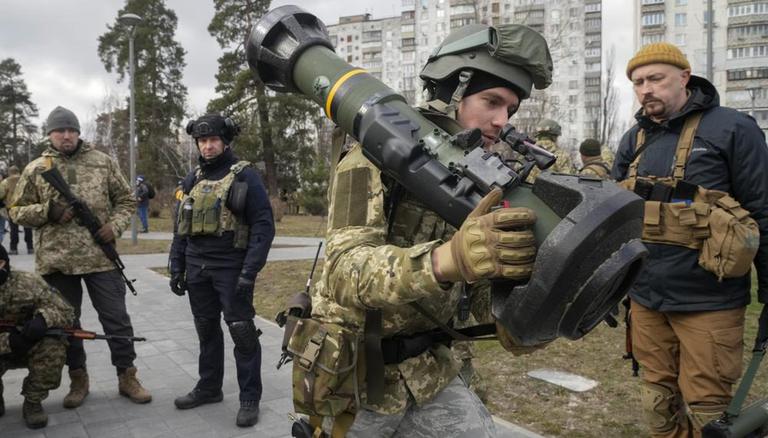 As the COVID-19 pandemic has made painfully clear, our healthcare system is a disaster. 12% of Americans are uninsured and 21% are underinsured. Many counties have zero or just one healthcare plan on offer through their local ACA marketplace, so there is no price competition whatsoever. Due to the lack of competition, and price gouging, by for-profit insurers, the average family of four who buys insurance through Obamacare pays a whopping $25,000 a year in premiums and deductibles—more than a third of their income after taxes.

More than 18,000 Americans die annually due to lack of medical insurance.

This is very sad, especially for them and their families. But nothing can be done about it. Lame as it is, the Affordable Care Act is as good as it gets. Until the Republicans get back in charge, when they will try to get rid of it again. Political dysfunction, amirite?

When they care about something, however, the U.S. government can be incredibly efficient.

Just two days after Russia invaded, President Biden signed a memo authorizing the transfer of $350 million of weapons to Ukraine. Within three weeks, almost all the antitank weapons, kamikaze drones and other war materiel had arrived in Ukraine. That’s less time than it takes first-class mail to get to some places within the United States.

If you are sick and uninsured, consider a move to Kyiv. As we saw in Afghanistan, U.S. weapons have a habit of disappearing and being sold for profit in war zones. If you still have enough energy and a little luck, you might be able to pilfer one of those American-made radar systems or a few boxes of grenade launchers to finance your chemotherapy. Even if not, Ukraine offers something the United States probably never will: a universal healthcare system.

Out-of-control college tuition costs have pushed 9 million young borrowers and their families into default on $124 billion in student loans. 80% of these young men and women came from families with total incomes under $40,000; so they’re not deadbeats, they’re poor. The burden of student loan debt hobbles America’s best and brightest just as they are starting out their adult lives. They defer or never purchase homes and cars, and are unable to save for retirement. This hurts the real estate, automobile and durable-goods businesses and turns many talented people into future welfare recipients.

This is highly unfortunate, especially for them and their families. But nothing can be done about it. Lame as it was, President Biden’s campaign promise to cancel $10,000 in student loan debt was as good as could be hoped for. And he never followed through. Responding to pressure from Republicans and right-wing Democrats, Biden’s latest federal budget, for 2022, doesn’t contain any provisions for student loan forgiveness. They said they were too worried about the deficit.

Republicans and right-wing Democrats, on the other hand, only worry about the deficit sometimes. Liberals, conservatives, Democrats, Republicans and every other strain of American House representative and Senator quickly approved an additional $13.6 billion in military aid to Ukraine less than a month after the first shipment of cash. There was strong bipartisan support for the measure, which was immediately signed into law by President Biden. Yay, America!

So don’t despair if you are broke, defaulting on your student loans and unable to escape poverty because even under bankruptcy you can’t get rid of student debt. Scrape up whatever money you still have and hop a plane to Ukraine. Even for non-Ukrainian citizens, total cost of tuition, housing, food, books and other fees at colleges and universities in Ukraine rarely exceed $4000 a year — and they’re usually cheaper. Alternatively, you can try to pass yourself off as Ukrainian at Texas A&M or Hampton University in Virginia, both of which now offer free room, board and tuition to Ukrainian nationals. Americans, of course, need not apply.

One out of six American children, 12 million total, officially live in poverty. Neither political party seems much to care, and child poverty has not been a major campaign issue in decades. So the problem continues to worsen.

This is a total bummer, especially for the kids and their families. But nothing can be done about it. Republicans and right-wing Democrats vote against child tax credits, citing the need to balance the budget and concerns that some parents might not use the money to take care of their kids.

But the budget doesn’t always matter. Nor is careful stewardship of public funds always a priority. When the need is great, both parties come together and overlook such trivialities. President Biden, with the support of Republicans, liberal Democrats and right-wing Democrats, just announced an additional $800 million in military aid to Ukraine, bringing the total to more than $2.5 billion. Who cares if some of that gear winds up in the hands of neo-Nazis? In $100 bills, the cash would weigh 25 tons.

Those who criticize the United States government as inefficient couldn’t possibly be more mistaken. Congress and the White House are lightning quick and incredibly generous—when it matters.