Clean Our Mess: Release Guantánamo Detainees in the U.S., Close the Camp 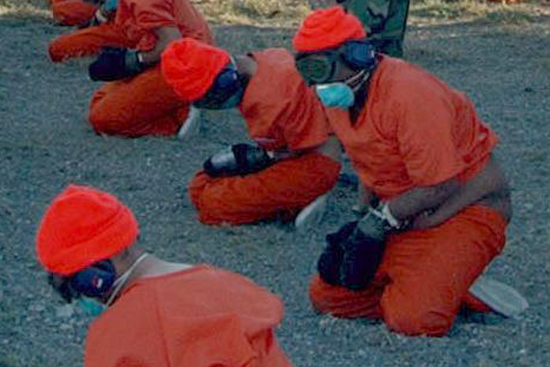 Parents teach their children: you make a mess, you clean it up.

Twenty years ago, the United States government transformed its naval base at Guantánamo Bay into a legal, moral and foreign-policy disaster. It’s time for President Biden to fulfill his promise to complete the task his predecessors didn’t have the wisdom or desire to do: close America’s gulag.

Thirty-nine prisoners remain at Gitmo. The Pentagon has cleared 18 for release. Yet they will remain captive until the U.S. finds a country willing to accept them, and offers assurances that they’ll be surveilled to ensure they don’t present a threat to U.S. interests and allies. When possible, former detainees are sent home. Others are either denied the right of return by their home countries or would face torture or execution for domestic political reasons.

Kidnapped, tortured, held in isolation without visits from friends or family, Gitmo victims  have never been charged with a crime and in many cases were innocent of anti-American activities. After they’ve been cleared for release, they enter a Kafkaesque nightmare—they’ve convinced their interrogators that they shouldn’t be there yet remain behind bars, at a cost to taxpayers of $1.3 million a year each.

Three detainees were cleared more than a decade ago, yet remain at Guantánamo. Six others should have been released early last year. “If I had to make a bet on what’s happening, this is an example of the Biden administration, distracted by the pandemic and the economy, not paying any attention to actually making transfers happen,” said Shane Kadidal, an attorney at the Center for Constitutional Rights, who represents Sufyian Barhoumi of Algeria. He was cleared six years ago.

The grand fallacy at the heart of this pseudo-legal purgatory is the assumption that ex-Gitmo detainees must go somewhere, anywhere, but the United States. Why, if like Thomas Wolfe they can’t go home again, shouldn’t they be resettled here?

The detainees are part of a mess that we created. Providing them with a home and whatever else they need to lead productive lives—education, job training, psychological treatment—is the least we can do to make amends for the cruelty and injustice they’ve endured.

Set aside the psychic smear of the national trauma Americans suffered after 9/11, and it becomes clear under U.S. law and legal culture that these men are as “innocent until proven guilty” as it is possible to be. They were never indicted, much less convicted, of anything, yet they’ve languished under miserable conditions for years. The Defense Department has determined that they don’t present any threat. These men should be treated the same as a U.S. citizen wrongly convicted for a crime he didn’t commit; they should receive financial compensation for their years of false imprisonment and ample resources to help them settle wherever they want to go.

Might a former Gitmo prisoner, radicalized and shattered by his experience, commit a violent crime or an act of terrorism on U.S. soil after being released? It’s possible. A dozen former detainees returned to Afghanistan and fought against U.S. occupation forces.

Yet if we have integrity that’s a chance we have to take. We release innocent men and women from prison despite the possibility that years of incarceration have hardened them, exposed them to criminals and may have left them with hatred and resentment of the society that wrongfully convicted them. We don’t try to foist off innocent ex-convicts on some other country on the grounds that they are too damaged to live here. There are, moreover, means of mitigating the risk that a former detainee might pose a danger to Americans: validating their experience by issuing them a public formal apology, ideally by the president himself on national television, prosecuting their military and CIA torturers and allowing victims to testify against them, work permits, entry visas for family members, financial compensation and, of course, surveillance by local authorities.

These moves would also boost our international reputation.

The Bush Administration relied on the fiction that Guantánamo was a netherworld under U.S. control yet not subject to U.S. legal protections such as the right to a speedy and fair trial, or representation by an attorney, when it chose this imperialist relic of the Spanish-American War to warehouse and torture hundreds of Muslim men whose involvement in jihad ranged from Khalid Sheikh Mohammed’s role in planning the 9/11 attacks to Osama bin Laden’s chauffeur to regional opponents of the regime in Yemen to nothing whatsoever. In 2008, however, the Supreme Court ruled in Boumediene v. Bush that Guantánamo inmates were in fact entitled to constitutional protections including the right to file a writ of habeas corpus in American courts. Legally, therefore, they’re already in the United States.

Congress passed a law preventing the use of taxpayer money to transfer Guantánamo detainees to the United States. But they’re already here. So there’s no transfer. Besides, the law is almost certainly an unconstitutional violation of the president’s prerogative as commander-in-chief. But why wait for a lengthy court challenge? We’re talking about just over three dozen men. Financing the airfare from Cuba to the lower 48 states could be taken care of by a GoFundMe. Count me in.

Notice, I did say over three dozen. That’s because all 39 Guantánamo victims are legally innocent under American law, including Khalid Sheikh Mohammed. None of them have ever faced trial in an actual civilian courtroom and never will because their testimony was extracted under duress. KSM, for example, was infamously waterboarded 182 times. If the rule of law and due process mean anything, all 39 prisoners — not just those who have been cleared to leave — should not be transferred to maximum-security prisons on the American mainland, as liberals generally suggest. They should all be released in the United States and given every possible resource to live out their lives peacefully and successfully.