The Collapse of the U.S. Government 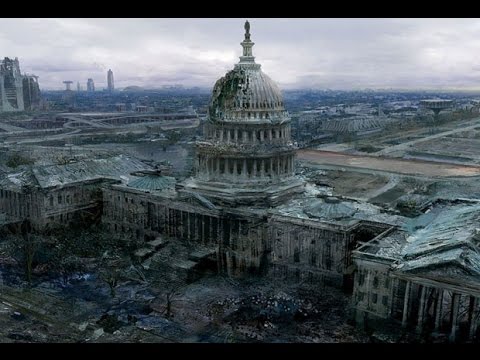 Taxes are the price we pay for government. But a government that doesn’t provide basic bureaucratic services is no government at all—and it doesn’t deserve our tax dollars.

Afghan translators, and others who worked for the U.S. military and American journalists and NGOs, aren’t Americans and don’t pay taxes. But the U.S. government’s failure to process their applications for Special Immigrant Visas in a timely manner highlights the breathtaking scale of dysfunction, or non-function—to which too many Americans have become accustomed.

When the Biden Administration took over in January, it inherited a backlog of 18,000 SIV applications filed by Afghans who wanted to leave before the scheduled U.S. pullout on September 11. Biden’s folks managed to process 100 a week, before stopping entirely because of a spike in Covid cases in Afghanistan (though no one has explained what the novel coronavirus has to do with immigration given the existence of vaccines and quarantines). Even if they hadn’t quit, at that rate the State Department would only have processed 3,200 applications by 9/11/21, leaving almost 15,000 Afghans out of luck. And that’s not counting the additional 70,000 applications that came in after January.

We discovered water on Mars. We beat Nazi Germany. The IRS processes 240 million returns a year, many of them complicated. If we left the Afghans hanging as the Taliban closed in, it’s because we—well, Biden and his administration—wanted to.

The president’s eviction relief package is another example of bureaucratic no-can-do.

Anyone could see the right way to pay off back rent for Americans who lost their jobs through no fault of their own but rather because they or their employers complied with the government’s orders to stay home and away from work: administer the program federally under HUD, keep paperwork simple, set up a fully-staffed 1-800 number to help distressed tenants, and wire money directly to landlords so the dough doesn’t get diverted to other bills. These days, however, the last thing anyone, including the government, wants to do is to hire full-time employees—an attitude that is, of course, a big part of the joblessness problem. So Congress outsourced Biden’s $46.5 billion federal rental aid program to the states. Because the feds didn’t offer to compensate them for the extra work, many states didn’t bother. As a result, only about 10% of the rental assistance funds have been disbursed. Now the Supreme Court has stopped the CDC’s eviction moratorium—and Americans who should have received help will lose their homes.

Even the IRS, an organization whose mandate is to extract cash from companies and individuals, has collapsed. Millions of people are waiting for refunds because the agency has a backlog of 35 million unprocessed returns, a fourfold increase over a year before.

Government doesn’t work. Contact a Congressman or Senator via their official website and you may not even receive an automated acknowledgment, much less actually hear back about your concern.

Call a government office—local, state, federal—and, if they’re not closed for some obscure holiday, you’ll wind up on permahold. Or they’ll hang up on you after ages on permahold.

Americans are self-reliant. If you want something done, do it yourself. I’m fine with that.

What I’m totally not fine with is paying good money for a service I don’t get. That’s a ripoff. If you advertise that you perform a service and I pay for that service, you had better give me what I paid for. To do otherwise is fraud.

Our government commits fraud every day.

Congressmen promise to serve their constituents. Their websites say they reply to queries. If they don’t, why are we paying their salaries?

I don’t want to hear excuses about being short-staffed. Early American politicians like Thomas Jefferson set aside hours a day to reply to letters from citizens. “From sun-rise to one or two o’clock,” our third president noted, “I am drudging at the writing table.”

You know neither Ted Cruz nor AOC spends 15 minutes a day doing that. It’s a bigger country now, but computers and freelancers easily make up for the higher volume of correspondence.

About Afghanistan again, what’s the value of American citizenship if your passport doesn’t get you out of a war zone? Many Americans were stuck in Kabul, unable to get to the airport due to large unruly crowds and Taliban checkpoints. Yet the military refused to leave the airport to escort them from their places of shelter. Only when news accounts emerged about other countries like France and the United Kingdom, real countries with actual governments that work sometimes, sending their troops into the streets to rescue their nationals, did the U.S. order a few desultory forays into Kabul which, by the way, the Taliban had no objection to.

Oh, and State Department officials: there is no excuse for leaving the U.S. embassy in Kabul, the biggest consular operation in the world, empty. The Taliban didn’t ask us to do so; to the contrary, they’re guarding the compound in the hope that we’ll return. Abandoning that facility is a cowardly abdication of our duty to U.S. nationals and allied Afghans who need diplomatic assistance and representation. It is absurd that, if I return to Afghanistan, there will be no U.S. presence in a country that actually wants it. There’s danger—but many career diplomatic corps types would gladly accept the risk. I’m not a tax resister, but why am I paying taxes?

For Christ’s sake, hire some staff!

Ronald Reagan campaigned on the joke that some of the scariest words in the English language are, “I’m from that government and I’m here to help.” That joke would fall flat now. No one from the government promises anything; assuming they exist in the first place, they don’t even bother to return your phone call.