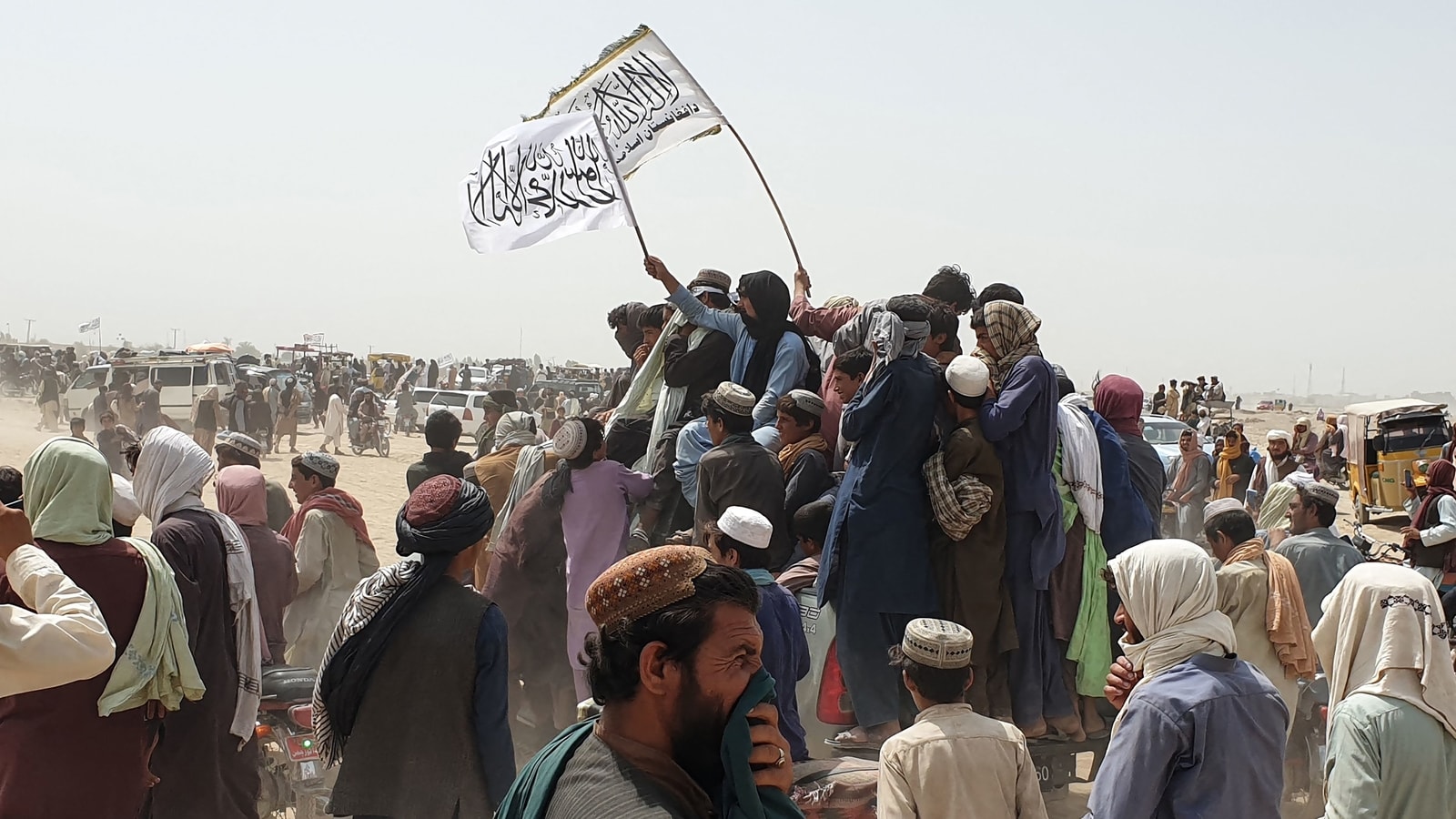 Now that President Biden has pulled the U.S. military out of Afghanistan, it’s clear that we have little to show for more than $2 trillion and thousands of soldiers killed over two decades of occupation. We will soon be back where we were on September 10, 2001, when the Taliban governed Afghanistan.

Afghan government troops have neither the will nor the training to protect their corrupt leaders in Kabul. Defeat of an Afghan government sinking in passivity and denial will occur within months or weeks.

Soldiers of the regime installed by the administration of George W. Bush and propped up by his successors are deserting and fleeing across the border to Tajikistan. Taliban troops have surrounded and briefly taken over both Kunduz, a city whose wobbly back-and-forth allegiances make it an Alsace-like wartime bellwether, and Herat, long considered unconquerable because it was controlled by Ishmail Khan, a former Northern Alliance warlord long considered the nation’s fiercest and most competent opponent of the Taliban. The Taliban can and will return for good.

They recently captured key border crossings with Iran, Turkmenistan and Tajikistan. The Iran border post alone generates about $20 million per week in customs duties—revenue that now belongs to the Taliban.

Kabulis await the inevitable triumph of the Taliban, resigned to whatever fate awaits them.

Even tongue-shaped Badakhshan province on the remote northeastern border with China is “on the verge of falling completely” to the Taliban. Badakhshan was the Northern Alliance’s last redoubt, the only section of the country that successfully resisted the Taliban when the militants ruled between 1996 and 2001.

Media coverage about the coming transition will focus on the plight of women, the role of ISIS, reprisals and the return and style of sharia law. What will be lost, but deserves to be noted as well, is that the Taliban have just achieved a stunning military victory.

Never in recent history, not even in Vietnam or in Afghanistan against the British in the 19th century, has a rural guerilla army achieved such a dramatic defeat against a colossus that held every military, political and economic advantage.

With the most sophisticated fighter jets in the world, hundreds of cruise missiles and a huge fleet of assassination drones, the U.S. enjoyed complete dominance of the skies throughout the war. The Taliban didn’t have a single plane. Whereas the Viet Cong were enthusiastically armed and trained by China and fought alongside the nation-state of North Vietnam, poorly-sourced reports allege that the Taliban may have received—at best—sporadic, extremely limited support from Iran and Russia. They were forced to live underground, constantly hiding from American forces.

Not only did the Taliban win a protracted war against the world’s biggest superpower, that superpower is leaving them a brand-new nation built from the ground up. Twenty years ago, Afghanistan was a failed state with 14th century infrastructure. Roads, all unpaved, didn’t even have names. There was no electricity, no phones, no sewage, no running water. There wasn’t even a banking system.

The United States is leaving them $8 billion worth of roads and highways, a $1 billion power grid, dams, canals, levees, drainage systems, bridges, tunnels, airports, the Internet, you name it. 85% of the country’s population is covered by cellphone service; that’s not true of the Hamptons.

We have gifted the Taliban $36 billion in infrastructure spending.

Military historians will study the Taliban insurgency for years to come. In the meantime, empires like the U.S. and resistance movements like the Taliban can each draw important lessons.

Whether they are an indigenous movement like the Taliban resisting foreign invasion or a revolutionary organization seeking to overthrow a domestic government, anyone who seeks to take on a state with superior manpower, training and weapons should take the failure of the U.S. invasion of  Afghanistan as proof that an inferior force need not be intimidated by such daunting disparities. From the revolutions in France, Russia and China to the anti-colonial struggles in Africa and Asia, many notable regime changes have succeeded despite the odds. If you have the support of the people and relentless dedication to fight steadfastly through countless setbacks, you can prevail in an asymmetric conflict. This is particularly true if your adversary is foreign and requires domestic political will and to maintain long and expensive supply lines.

Big powers like the U.S. can impose their will overseas, but within limits. It is possible to imagine an alternative scenario in which the U.S. might have succeeded in Afghanistan. First and foremost, the United States should have allowed Afghans, a fractious people united only by their opposition to foreign domination, to choose their own leaders rather than sidelining the exiled king at the 2002 loya jirga. Installing Hamid Karzai, a paid CIA operative, as president, was a catastrophic misstep. Brazenly interfering with Afghanistan’s internal politics re-legitimized the Taliban’s message that Westerners are corrupt and exploitative hypocrites and exposed our rhetoric about self-determination as hollow.

Allowing democracy to run its course would have been risky but smart. Walking our talk and keeping our thumb off the scale would have outweighed the downside risk that Afghans might have elected the “wrong” leaders.

(Ted Rall (Twitter: @tedrall), author of the books “To Afghanistan and Back” and “After We Kill You We Will Welcome You as Honored Guests: Unembedded in Afghanistan,” is also the author of a new graphic novel about a journalist gone bad, “The Stringer.” Now available to order. You can support Ted’s hard-hitting political cartoons and columns and see his work first by sponsoring his work on Patreon.)