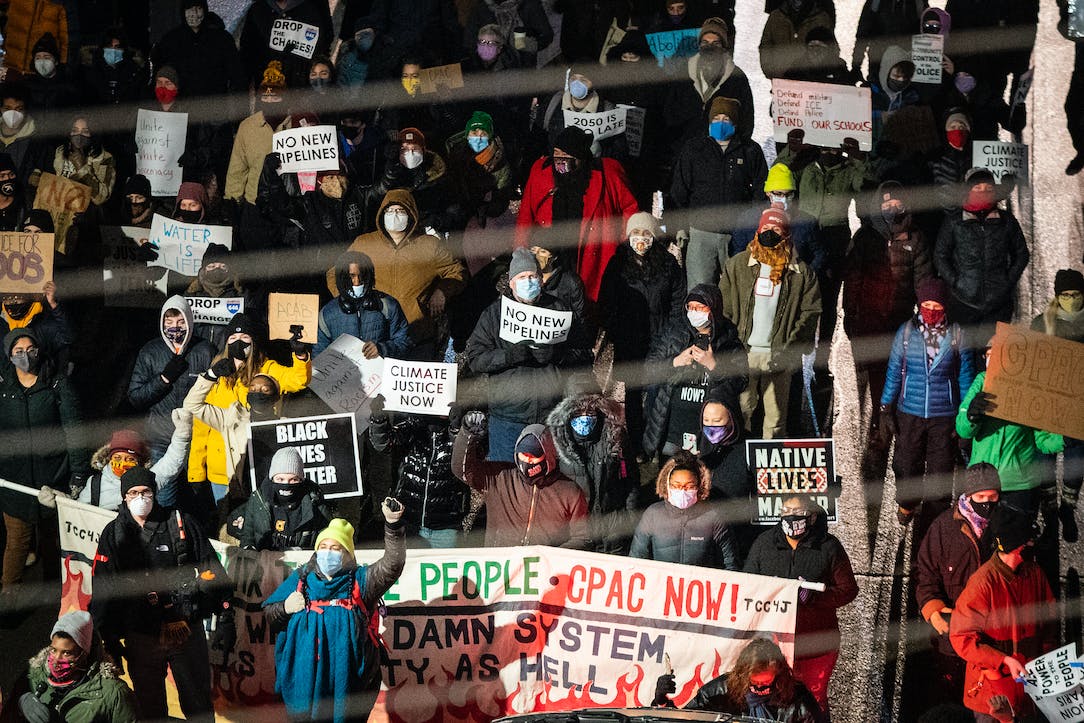 “He just got there.”

“Trump left him a hell of a mess. It’s unreasonable to expect him to turn things around in a month or two.”

“Now is not the time to criticize him or the Democrats. When would be a good time? I don’t know, but certainly not now. Later.”

These are talking points used by Biden and his defenders against progressive critics—progressives who, for the most part, voted for him—who attack the president for doing too little on COVID-19 stimulus, healthcare, the minimum wage, student loan debt forgiveness and other important issues.

Though couched in an oh-so-reasonable-sounding tone, “give the man more time” makes zero sense.

Asking the Left to be patient would be reasonable if President Biden had an ambitious agenda. But he doesn’t. Like fellow incrementalists Bill Clinton and Barack Obama, Joe Biden isn’t proposing any big fixes or programs. His ideas are nips and tucks ranging in impact from the symbolic to a Band-Aid on a giant open wound. Which is why none of them will work.

If Joe Biden wanted Congress to approve a $10 trillion coronavirus stimulus package that would put $2000 a month into the pocket of every American until the end of the lockdown Depression, as Bernie Sanders proposed and which would put a major dent into the pain felt by the tens of millions of Americans who have lost their jobs over the last year, Democrats would have a strong case for asking their left base to hold their fire while the president fights with Congress and makes his case to the American people via the bully pulpit.

Instead of actually trying to fix the problem, Biden is proposing a watered-down $1.9 trillion bill whose price tag would sound impressive if not for the fact that the American economy is teetering on the brink of collapse. It’s a weak proposal that contains what was originally promised to be $2,000 just one single time, then reduced to $1,400 one single time and now—after consultations with right-wing DINOs like Joe Manchin of West Virginia–will be radically curtailed by even less generous means testing than was used by the Trump administration. Even if passed as is, which is unlikely in a split 50-50 Senate, Biden’s so-called stimulus will fail. It cannot work.

So why should progressives shut up until some unspecified future before raising their voices? For progressives and anyone with half a brain, the issue isn’t that the stimulus is taking too long. The issue is that there isn’t enough stimulus. We can see that now. The passage of time isn’t going to help. Rather than waste time waiting for a wimpy solution to fail, leftists ought to take to the streets now to demand the big fix needed to save the unemployed and the working class from ruin.

No one can say that the working class has been anything other than patient when it comes to the minimum wage. Full-time workers at some of the toughest jobs in the country still earn a pathetic $7.25 per hour, the same as 2009, the year Apple introduced the iPhone 3GS. If the minimum wage had kept up with inflation since 1968, it would be well over $25 per hour.

In large part to woo progressives who supported Bernie Sanders and Elizabeth Warren during the primaries, Biden promised to support a $15 an hour minimum wage. He reneged. Under his proposed rider to his stimulus bill, the wage would only increase to $9.50 an hour, gradually scaling up to $15 an hour by the year 2025, with no allowance for a cost of living increase. Moreover, the House parliamentarian ruled the rider inappropriate—something Biden, who worked in the trenches of Capitol Hill for over four decades, surely expected.

Why should workers and their allies stifle their outrage? Oppressed workers need more income now, not at some unspecified future point in time. It’s not like Biden was going big ($30 an hour would be about right), or was going anything at all, on the minimum wage, and needed our acquiescence to present a united front against reactionary bosses. At this point, he’s literally proposing nothing. Waiting for Biden to start caring about working people is an obviously doomed exercise in frustration, one that will only lead to more poverty.
So it goes on almost every other issue. Biden has continued Trump’s policy of violently turning back political refugees from Central America at the border with Mexico. He has continued Trump’s brutal drone assassination bombings. The torture camp at Guantánamo Bay is still open, still torturing. The average American college student graduates with over $30,000 in loan debt; Biden won’t forgive more than $10,000.

Waiting to speak out against Biden’s crimes of action and inaction accomplishes just one thing. It plays into the hands of the do-nothing Democrats until their next excuse to tell us to shut up: next year’s midterm elections.