Biden and the Democrats Could Change Everything. But They Won’t Try. 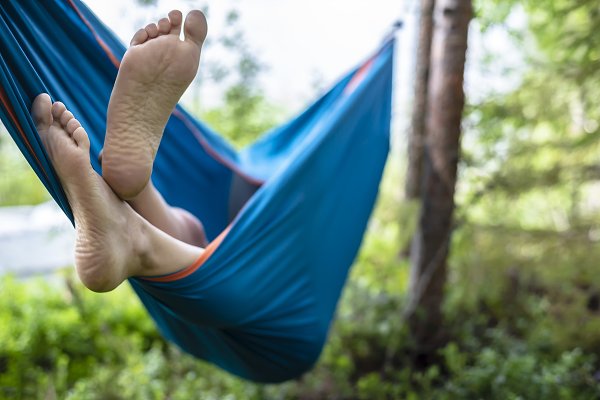 “When someone shows you who they are,” Maya Angelou said, “believe them the first time.” We’re about to be reminded who and what the corporate-owned Democratic Party is—something they showed us in 2009.

A pair of upset victories in the widely-watched pair of Georgia senatorial runoff elections has handed Democrats what they said they needed to get big things done: control of the White House, the House of Representatives and the U.S. Senate. If they want, they have argued over the last year, Democrats will be able to push through a lot of important legislation on the liberal agenda: a dramatic increase in the minimum wage, student loan forgiveness, an eviction ban, Medicare For All, expanded economic stimulus and addressing the climate crisis come to mind.

They don’t want to. They won’t try.

And they’ll have an excuse. Democrats will still be 10 votes short of the supermajority needed to override Republican filibusters. The billion dollars spent to elect those two Democrats in Georgia created some interesting symbolism about the rising influence of Black voters and hopes for further Democratic inroads in the South, but it didn’t defang Mitch McConnell. Gridlock goes on.

Not that Biden and his pet Democratic Congress have much of an agenda. He’ll reverse Trump’s executive orders on stuff like rejoining the Paris Agreement but he won’t move the policy meter left of where it stood under Obama—a guy who was so far right of progressives that they launched the Occupy Wall Street movement to oppose him. Biden campaigned tepidly on adding a “public option” to Obamacare, but McConnell will almost certainly block it and anything else that requires GOP votes. The exception, of course, will be the next bloated military spending bill. For six consecutive decades Americans have been able to count on death, taxes, rising income inequality and bipartisan support for blowing up brown people in countries we can’t find on a map with $640 toilet seats.

But you shouldn’t let the filibuster get you down. Even if Nonexistent God were to smite 10 deserving GOP senators with the coronaplague and said smitten senators had represented states whose Democratic governors were to appoint their replacements thus giving the Bidenocrats a coveted 60-vote supermajority, nothing would get better.

We know this because it happened 12 years ago, during the 111th Congress.

Obama’s presidency began in the strongest power position of any Democrat since FDR. With the economy in a tailspin and shedding hundreds of thousands of jobs a month—back then we still thought that was a lot—voters were both desperate and optimistic that our young new leader would lead us out of the Great Recession. He had a 68% approval rating, indicating bipartisan support. Democrats had picked up 21 seats in the House, giving them a 257-to-178 majority. They had a 59-to-41 majority in the Senate. (This included two independents, Bernie Sanders and Joe Lieberman, who caucused with Democrats.) They were one tantalizing vote short of a supermajority.

That changed on September 24, 2009, when the seat vacated by Ted Kennedy’s death was temporarily filled by a fellow Democrat, until February 4, 2010, when Scott Brown, a Republican, won the Kennedy spot in a special election.

Democratic apologists explain away Obama’s lack of progress on progressive policy goals during that halcyon period by pointing out that total Democratic control of the White House and both houses of Congress “only” lasted four months, during which they passed the Affordable Care Act.

Let’s temporarily set aside the question of how it is that Ronald Reagan rammed an agenda so far right that it still affects all of us today through a 243-to-191 Democratic House and “just” 53 GOP seats in the Senate. What about those four magic months during which Obama could have gone as far left as he and his fellow Democrats wanted?

Well, Democrats did pass one of those 60 straight bloated defense bills. That would have happened under Ronald Reagan or George W. Bush. They extended unemployment benefits by 14 to 20 weeks, depending on in which state the poor jobless schmuck lived. And the ACA. And that’s it.

In order to secure the vote of Lieberman—who represented the insurance company-owned state of Connecticut—the ACA did not include the “public option” that Obama had promised during his campaign. DNC chairman Howard Dean, then in his pre-neutered state, called the deletion of the public option “the collapse of healthcare reform in the United States Senate. And, honestly, the best thing to do right now is kill the Senate bill and go back to the House and start the reconciliation process, where you only need 51 votes and it would be a much simpler bill.” He was right, but Obama, his House and his supermajoritarian Senate didn’t bother. Like Lieberman, they cared about insurers, not patients.

Four months isn’t that long. Yet Reagan used less time than that to crush his opponents and pass tax cuts for the rich that shredded the New Deal social safety net. “The president used the bully pulpit to overcome opposition among House Democrats, building support for the cuts,” recalled Princeton historian Julian Zelizer. “He gave a speech on television, urging citizens to write their legislators and tell them to support the cuts. House Democrats, now the sole base for the party in Washington, joined in once they saw the public pressure.” LBJ took less time to “set Congress on the path to passing the Civil Rights Act of 1964, as well as a tax cut and Medicare,” wrote presidential scholar Jeffrey Tulis. FDR created modern liberalism in under three months. You can imagine what Trump would have done during four months of a GOP House and Senate supermajority.

Republicans didn’t prevent Obama from taking on the minimum wage or student loan debt or poverty. Obama had four months to do those things. No one could have stopped him. He didn’t try.

And neither would Biden if he had the chance.

CORRECTED 1/6/21 to reflect that Brown won a statewide special election. He was not appointed, as I wrote initially. I regret the error.