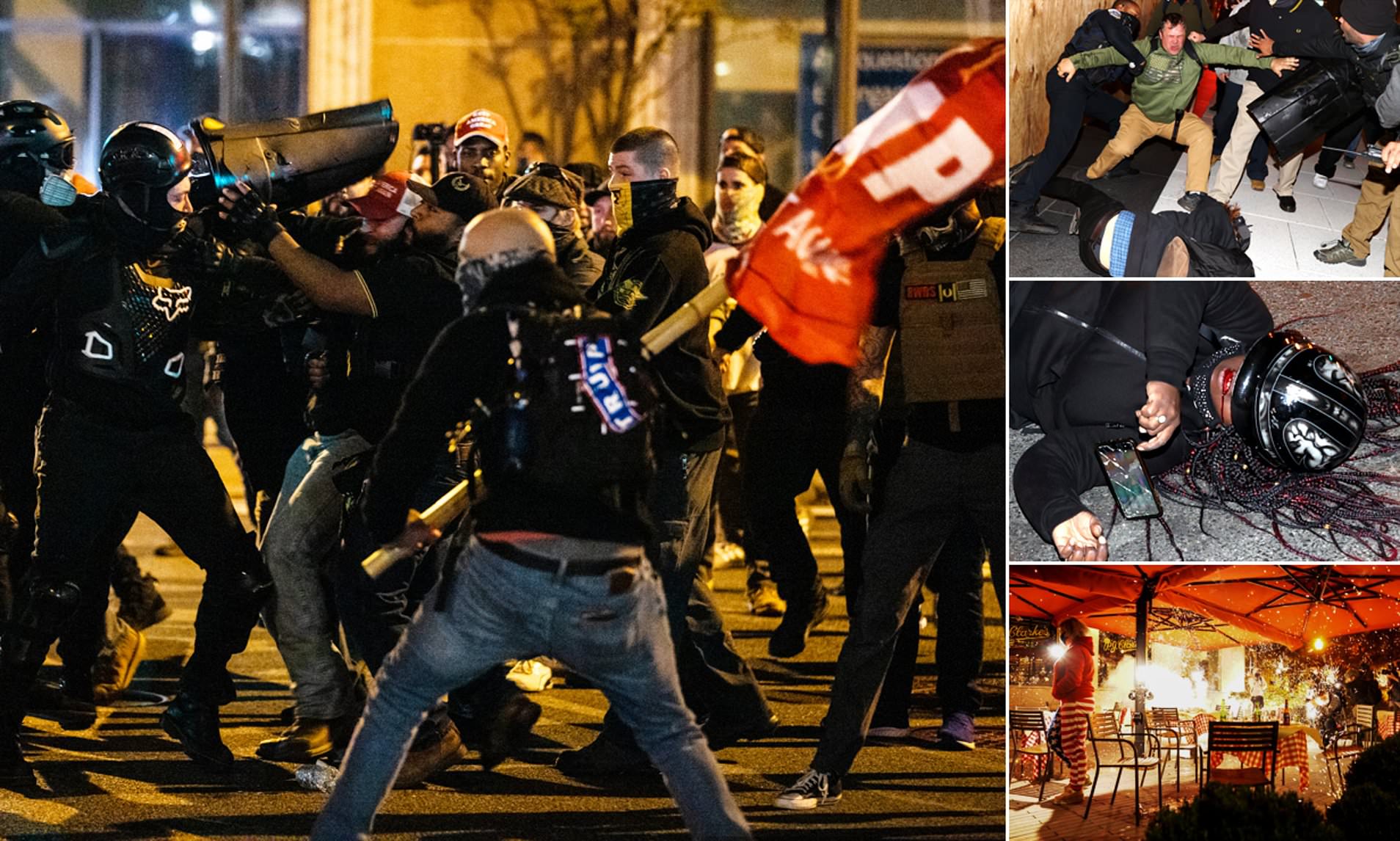 Late last month I wrote that there was a strong chance–I called it 50-50—that Donald Trump would engineer a “self coup” in order to remain in power despite having lost the election.

The president is a desperate cornered rat. Once he leaves office, he becomes vulnerable to several criminal investigations. By far, the one he has to worry about the most is being conducted by the Manhattan district attorney into his corrupt business practices, charges that could not be discharged by a presidential pardon if Joe Biden were to issue one. “[Trump] could spend the rest of his life in prison,” I wrote, “unless he declares martial law and becomes America’s first dictator.”

I acknowledged that Trump “doesn’t have the support of the military—but he doesn’t need it.” Instead of a Latin American-style military coup, I said, “his would be a ‘police coup’ carried out by the numerous local police departments whose unions endorsed him for reelection, alongside federalized state police and deputized paramilitary MAGA goons.”

It hasn’t happened yet, and maybe it won’t, but nothing has changed about Trump’s precarious legal situation. No human need trumps the motivation for personal survival. An intelligent assessment of Trump’s thinking must begin with the question: why wouldn’t he attempt a coup?

Patriotism? Love of country? Respect for constitutional norms? I won’t go as far as many of the president’s other critics, who call him a narcissist who doesn’t care about anyone except himself. They don’t know that. Neither do I.

Here’s what I do know: whatever love of country and the craftwork of the Founding Fathers is in Trump’s soul cannot possibly weigh as heavily on his mind as the prospect of dying in prison, the first president in history to have faced prosecution and conviction. And that’s after months or years of humiliating hearings and trials and appeals where he has to sit quietly and watch his lawyers try to save his skin as prosecutors try to “flip” members of his family lest they, too, wind up inside the Graybar Hotel.

A more powerful reason to hesitate is the possibility of failure. If Trump’s “police coup” goes belly up, he goes to prison, possibly for treason, for life. Terrifying yet no worse than the New York charges that he’s so scared of. Anyway, what would you rather go to jail for, cheating on your taxes or trying to take over the government?

The only reason I can imagine that Trump would leave office peacefully on January 20th would be that he is psychologically broken. It’s theoretically possible. But the continuing rambunctiousness of his Twitter feed and recent public statements reveal zero evidence that he’s resigned to his fate.

Feel free to dismiss this column as the paranoid rant of a left-wing political cartoonist, albeit one who told you we would lose the Afghanistan war and predicted that Trump would win the 2016 election when everyone else was telling you something different. But you should probably consider this: The dean of Very Serious Journalist Persons, columnist David Ignatius of the Washington Post—a foreign affairs writer so mainstream and respectable that he supported invading Iraq and argued that the CIA should not be held accountable for torture—now agrees with me. In doing so, he draws upon some interesting deep-state sourcing.

“Not to be alarmist,” Ignatius wrote on December 26th, “but we should recognize that the United States will be in the danger zone until the formal certification of Joe Biden’s election victory on Jan. 6, because potential domestic and foreign turmoil could give President Trump an excuse to cling to power.”

“Trump’s last-ditch campaign [for Republican members of the House and Senate to challenge the electoral college vote count certification on January 6th] will almost certainly fail in Congress,” Ignatius says. I agree.

“The greater danger is on the streets, where pro-Trump forces are already threatening chaos. A pro-Trump group called ‘Women for America First’ has requested a permit for a Jan. 6 rally in Washington, and Trump is already beating the drum: ‘Big protest in D.C. on January 6th. Be there, will be wild!’” Ignatius worries. “Government officials fear that if violence spreads, Trump could invoke the Insurrection Act to mobilize the military. Then Trump might use ‘military capabilities’ to rerun the Nov. 3 election in swing states, as suggested by Michael Flynn, Trump’s former national security adviser.”

Ignatius continues: “The Pentagon would be the locus of any such action, and some unusual recent moves suggest pro-Trump officials might be mobilizing to secure levers of power.” If I were his editor, I would have reworded this because it wrongly implies that Trump is planning a coup with Pentagon support. What Trump really requires, as I wrote a month ago, is Pentagon neutrality. He needs troops to remain in their barracks. As long as the armed forces stay out of the way of local and state police, a coup may succeed.

Ignatius’ description of Trump’s latest behind-the-scenes maneuvers is worth quoting in its entirety:

Kash Patel, chief of staff to acting defense secretary Christopher C. Miller, returned home ‘abruptly’ from an Asia trip in early December, according to Fox News correspondent Jennifer Griffin. Patel didn’t explain, but in mid-December Trump discussed with colleagues the possibility that Patel might replace Christopher A. Wray as FBI director, one official said. Wray remains in his job. Another strange Pentagon machination was the proposal Miller floated in mid-December to separate the code-breaking National Security Agency from U.S. Cyber Command, which are both currently headed by Gen. Paul Nakasone. That proposal collapsed because of bipartisan congressional opposition. But why did Trump loyalists suggest the NSA-Cyber Command split in the first place? Some officials speculate that the White House may have planned to install a new NSA chief, perhaps Ezra Cohen-Watnick, the young conservative recently installed to oversee Pentagon intelligence activities.

These moves follow the post-election firings of the Secretary of Defense and top officials at Homeland Security.

Ominous as hell, though I think Ignatius’ conclusion misses the point: “With firm control of the NSA and the FBI, the Trump team might then disclose highly sensitive information about the origins of the 2016 Trump Russia investigation.”

A more obvious motivation for hijacking direct control of the nation’s top foreign and domestic intelligence agencies is command and control during a coup. The NSA and FBI would monitor and disrupt resistance inside government as well as in the streets.

It’s going to be an eternity between now and January 20th.