In a Crisis, a Compromise Solution Is Worse Than No Solution at All 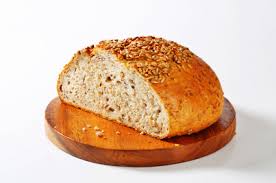 The raging argument on the left between progressives who argue for radical change and centrists who advocate incrementalism is hardly new. Nearly a century ago, progressive titan and Wisconsin governor Robert La Follette and FDR were often at loggerheads over the same question.

Roosevelt, La Follette complained, was too quick to compromise with reactionaries. FDR insisted that “half a loaf is better than no bread.” While that might seem intuitively obvious, La Follette had a ready reply. “Half a loaf, as a rule, dulls the appetite, and destroys the keenness of interest in attaining the full loaf.” That can be dangerous. The average adult male requires approximately 2500 calories of nutrition per day. 1250 is better than 0, but 1250 is still malnutrition that would eventually kill him.

Even in a long-running crisis, the sustained agitation necessary to pressure the political classes into granting concessions doesn’t usually occur before people’s suffering has become acute. If the powers that be provide partial relief in the form of a half-measure that partly alleviates a problem, angry citizens can be persuaded to put down their pitchforks and go home peaceably. Yet the problem persists.

The Affordable Care Act is a perfect example. Obama became president at the peak of a major economic crisis, the subprime mortgage meltdown of 2007-09. With hundreds of thousands of people losing their jobs every month, the need for government intervention in the healthcare system was obvious to most Americans. So Obama campaigned on major change that included a public option. Two out of three people, including many Republicans, favored a single-payer system similar to those in many other countries.

Instead, we got the watered-down ACA.

As COVID-19 has made clear, the for-profit American healthcare system is even more scandalously dysfunctional than it was prior to the passage of Obamacare. The ACA “marketplace” has collapsed; many places only offer one “take it or leave it” insurance plan. Nevertheless, healthcare is no longer a top political issue. Support for a public option or Medicare For All has dropped to about 50%. The Democratic Party chose to nominate someone who promised to veto Medicare For All even if both houses of Congress were to pass it.

Tens of thousands of people are still dying every year because they can’t afford to see a doctor. But in too many people’s minds, healthcare was partly solved. So they are no longer demanding improvements. Though it might seem counterintuitive, the politics of the healthcare crisis would be vastly improved had the compromise ACA never been enacted. More people would be suffering. But the absence of an existing, lame, plan would add urgency (and supporters) to the fight for a real, i.e. radical, solution.

Half a loaf is killing us.

As Joe Biden fills his cabinet with Obama-era centrists and corporatists, many Democrats say they are satisfied with the improvement over Trump: officials with government experience replacing crazies and cronies, pledges to reverse the outgoing administration’s attacks on the environment, fealty to science. They are falling into La Follette’s “half a loaf” trap. Especially on existential issues like climate change but also regarding the precarious state of the post-lockdown economy, compromise will sate the appetite for meaningful change without actually solving the problems. As with the ACA, voters will be deceived into thinking things are getting better when in fact they will still be getting worse, albeit perhaps at a slightly slower rate.

Climate scientists are divided between those who say we might be able to save human civilization if we achieve zero net carbon emissions within a decade (which is the goal of the Green New Deal pushed by progressives), and those who say it’s already too late. A widely reported study predicts that human civilization will collapse by 2050, yet that’s the year Biden is promising to begin zero net carbon emissions. So if we do what Biden wants, we are going to die.

Trump denied climate science, deregulated polluters and pulled the U.S. out of the Paris Accord. Biden appears to be an improvement. He talks about the urgency of the problem, promises to restore Obama-era regulations and to rejoin the Paris Agreement. Pro-environment Democratic voters are breathing a sigh of relief.

But if the goal is to slow the rate of global warming as much as we reasonably can, both Obama’s regulations and the Paris Agreement are woefully inadequate. “Marginal cuts by the U.S. don’t have a long-term overall big effect on the climate,” Michael Oppenheimer, professor of geosciences and international affairs at Princeton University, told Scientific American in 2014.

A 2017 report by the United Nations Environment Program found that “if action to combat climate change is limited to just current pledges, the Earth will get at least 3°C (5.4°F) warmer by 2100 relative to preindustrial levels. This amount of warming would vastly exceed the Paris Agreement’s goal, which is to limit global warming by the end of the century to 2°C (3.6°F),”­ reported National Geographic.

“[3°C increase] would bring mass extinctions and large parts of the planet would be uninhabitable,” the UNEP warned in 2019.

If liberals head back to brunch in a month thinking that the Biden Administration will move the needle in the right direction, if they stop being terrified, we are doomed. For as bizarre as it sounds, Donald Trump provided a valuable service when he scared the living daylights out of us.

Consider a more modern analogy than the loaf of bread: if a two-pill dose of antibiotics is required to cure an illness, taking one instead doesn’t make you half better. It actually makes you worse because not only do you not get better, you destroy your immune system’s ability to fight the disease.

This country is teetering on the verge of collapse. We can’t afford to settle for the single-pill solutions of incremental Bidenism.