Hey, Joe! These Are Our Demands 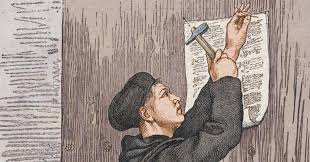 Progressives and other leftists promise/threaten to pressure/take to the streets to make demands of Joe Biden if/when he falls short of our expectations. We on the left don’t want to be one of those bad bosses who tell you your work isn’t good enough but never say what they expect from you in the first place, so you’re reduced to fumbling around in the dark.

Because there isn’t a political party or other formation that can credibly speak for a broad base of the American left, and because the left is divided between work-from-inside AOC-Bernie types and street-level activists, no one has defined a clear metric to judge the Biden Administration’s personnel, policy and legislative actions. As we saw under Bill Clinton and Barack Obama, vague demands foment the unaccountability that allows Democrats to wiggle away and take us for granted.

We need a clear set of demands.

I think our demands should look something like the following, and that if and when Joe Biden and Kamala Harris let us down, we should point out their sins of omission and commission, and protest immediately in the streets, on issues which have a rapidly-ticking clock attached to them; eventually, as the voting cycle dictates, the protests must continue in voting booths.

Planet Comes First. No other issue matters if the earth and the people on it are dead or the climate crisis has prompted the collapse of human civilization. In any classic trade-off between short-term economic growth and longer-term environmental prosperity, reducing carbon emissions to net zero as close to overnight as possible (2030 is too long) and taking every possible step to reduce air, water and other kinds of pollution must become any responsible political leader’s top priority. Biden’s campaign literature called the Green New Deal a mere “crucial framework for meeting the climate challenges we face.” Screw that watered-down pablum. AOC’s Green New Deal should be expanded and broadened, with a radically shortened timeline, and signed into law on January 20, 2021.

Immediate Relief for COVID’s Economic Victims. No one should suffer economic ruin due to government-ordered lockdowns to stop the coronavirus pandemic. Everyone evicted for nonpayment of rent or whose home was foreclosed upon after March 15, 2020 should be given housing of equal or at higher quality government expense, zero rent, for at least one year. All back rent currently outstanding should be forgiven. All overdue mortgage payments should be forgiven. Banks and landlords should be made whole by applying to a new federal program funded by reductions in the defense budget. Not only should the $600-per-week supplemental unemployment benefits that expired on June 30 be renewed, checks for that amount dating back to July 1 should be issued at once. Furthermore, any American who is currently underemployed or unemployed should qualify for those $600-per-week payments regardless of whether they previously used up their time-limited benefits. Going forward, there should be no time limit on collecting unemployment benefits.

Fully Socialized Medicine. We tried for-profit medicine. It failed even before COVID. It’s time to join the modern world. Hospitals, labs, research centers and clinics should be nationalized into a fully socialized national healthcare system. Doctors and other healthcare workers should become federal employees. Health insurance companies, no longer needed, can shut down.

Fully Socialized Higher Education. The college and university model no longer works. It doesn’t make sense to require young men and women to take on staggering student loan debt that entry-level salaries will never allow them to repay, much less settle down and buy a house. Private colleges and universities should be nationalized by the federal government, which also has the benefit of being a fair punishment for charging full tuition for virtual online education during COVID-19. State and local colleges and community colleges should be folded into a fully federalized system of higher education that is as free as primary and secondary public schools. After all, employers’ insistence on hypercredentialization has turned the bachelor of arts degree into the new high school diploma. Both should be cost-free.

Restart the Police. It is painfully obvious to anyone with an ounce of sense that American policing is an engine of oppression rather than protection. That means it needs to be reinvented from the ground up. Reform isn’t enough. Taking away military hardware and training recruits with a guardian rather than a warrior mentality are starts, but systematic racism and the fact that the police view us as threats rather than as employers require starting from scratch. Every policeman — local, state, federal, postal, transit, whatever — should be fired. They should not be allowed to reapply for their old jobs. The police should become like abortions: legal, safe and rare. We need fewer cops. Most should be unarmed. None should be in the business of issuing fines. No one should be rewarded simply because they arrest more people. We shouldn’t be recruiting cops out of the military. Cops should be peace officers, not an occupation force.

Empty the Prisons. Many inmates represent no threat whatsoever to society. Prison causes deep-seated psychological problems for the prisoners themselves, their friends and families, and society in general. Close down jails and prisons.

End the Wars. Article 2(4) of the UN Charter and international law are clear: the only legitimate casus belli is in self-defense, either to an armed attack or the clear and imminent danger of such an attack, such as an army massing along another nation’s border. Any involvement in armed conflict that does not qualify as one of these must be discontinued. Drone assassinations are immoral and illegal, as are proxy wars like the U.S.-backed conflict in Yemen and wars of choice, like those in Afghanistan and Iraq.

Throughout the campaign, centrist Democrats told progressives that they should vote for Joe Biden and then push him to the left after he won. They even said that they would march in the streets alongside leftists. Well, Biden won because progressives voted for him. Now it’s time for the centrists to make good on their promises. Pushing for these and other progressive goals would be a good start.