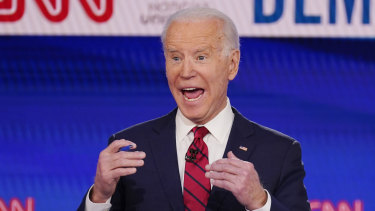 At this writing two days after the election, Joe Biden appears to be six electoral votes away from winning the presidency.

The Trump campaign has requested a recount in Wisconsin. Republicans are suing in Wisconsin, Michigan, Georgia, Pennsylvania and Nevada to demand the right to observe vote counts and challenge absentee and COVID-related mail-in ballots.

Recounts rarely change the outcome of an election, and never do so when the margin is significant, which it is in Wisconsin. The filing is a doomed Hail Mary pass—a delaying tactic at best. Trump’s fading hopes remain, as I have written previously, with the obscure 12th Amendment to the United States Constitution. If legal challenges prevent another state from certifying its results to the electoral college by the December 14th deadline, the incoming House of Representatives votes by state delegation for the new president. Most states are Republican so Trump would win.

With Biden a single state away from legitimately declaring victory, however, the one to focus on appears to be Nevada. Of the states still in light-blue or light-red play, it’s the only one leaning toward Biden, by 0.6%. If Trump can reverse that trend, possibly by disqualifying Democratic votes, he may remain in the White House. But Trump’s legal challenges in Nevada, though technically still alive, face long odds.

So the wind is at Biden’s back, even if it feels more like a mild breeze. Which makes it a good time to consider what a Biden presidency could/will look like.

Few presidents in American history have entered the White House as politically impotent as Joe Biden. No Democrat since and including Andrew Jackson has ever been elected without Democratic control of both houses of Congress, as Biden will face GOP control of the Senate. (The most recent Republican to face congressional opposition on day one was Ronald Reagan in 1981.)

Biden’s inverse coattails made history: Democrats lost five seats in the House. They had expected to pick up 15.

After months of smugly predicting a blue wave landslide, Democrats can’t possibly argue that they enjoy a national mandate for significant change. This margin is too tight and too similar to the electoral college map four years ago. They are already arguing that Biden won more votes than any other candidate in history. But Republicans were energized too. Trump won the second highest. Could the Democratic Party’s endlessly fruitless search for anti-Republican Republican swing voters finally be finished?

Biden’s advisers have to be obsessing over the words of former House speaker John Boehner in 2010: “We’re going to do everything — and I mean everything we can do — to kill it, stop it, slow it down, whatever we can.” “It” was President Obama’s agenda. Senate minority leader Mitch McConnell added at the time: “The single most important thing we want to achieve is for President Obama to be a one-term president.” McConnell is even more of an obstructionist today. And now he’s the majority leader.

Even if Joe Biden were predisposed to a bold agenda, which progressives have a good reason to doubt, McConnell will block the crap out of it. Unlike Obama, who had a Democratic supermajority in the Senate, Biden will have a valid excuse to accomplish nothing. If I were him, I’d sleep in every day.

And that’s assuming that he is able to function in the first place. All the Democratic denials in the world can’t hide the possible president-elect’s worsening dementia. At a recent campaign event Biden introduced his granddaughter as if she were his dead son: “This is my son, Beau Biden, who a lot of you helped elect to the senate in Delaware.” Wrong gender, wrong generation, wrong sentience. He tried to correct himself. “This is my granddaughter, Natalie.”

Actually, Natalie is a different granddaughter. His son Beau died five years ago. Beau never even ran for the Senate. This is dementia, not “stuttering.” It’s sad. It’s also scary. As commander-in-chief, Biden can single-handedly launch a nuclear attack.

Biden’s defenders point to evidence that Reagan suffered from Alzheimer’s, but there was zero evidence of the disease when he took office in 1981. Woodrow Wilson suffered cognitive decline after a stroke, but that was toward the end of his second term. Biden will be the first president to begin his first term with clear signs of dementia.

An old joke goes: I want to die like my grandfather, in my sleep. Not screaming like the passengers in his car. Joe Biden is about to drive the country off a cliff and he may not even know it.

Impotence, dementia and gridlock. This is exactly the opposite of the strong leadership we require during a medical and economic crisis of staggering proportions. The best way to avoid collapse is for Biden to step down and hand the reins to Kamala Harris.