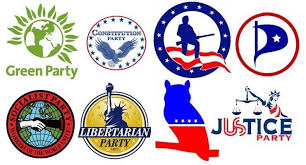 Unless you’ve been sucking through a ventilator in a COVID-19 ward for the last few months, you know the argument in favor of swallowing your disappointment that neither Bernie Sanders nor Elizabeth Warren are the Democratic nominee, resisting the temptation to punish the DNC for rigging the primaries, and forgetting Joe Biden’s right-wing voting record and Kamala Harris’ penchant for locking up innocent people of color and throwing away the key: Trump is a monster, his second term will bring fascism to America, Biden will be more amenable to pressure from the left than Trump.

Except for the part about Trump being a terrible human being, the call to sell out is all based on nonsense.

Reelecting Trump would send a nasty symbolic signal to the world but his actual presidency will almost certainly be characterized by the plagues of lame duckery. Second terms are worthless. Presidents don’t get anything done during their second term. Even FDR floundered. Whatever you think of Trump, does this president strike you as a brilliant Machiavellian tactician who has been holding back his most extreme instincts for four years? Smarter than Reagan, Clinton or Obama? Should Trump be reelected, he will almost certainly be impeached again. Allies like Mitch McConnell will drift away. He may face prosecution.

Some progressives are vulnerable to the argument that, though far from ideal, a neoliberal warmonger like Joe Biden nevertheless represents an improvement over Donald Trump. That argument fails.

Left-of-center electoral politics in the United States is not like football, a game in which a team moves the ball down the field in incremental steps. Mainstream corporate-owned Democratic Party politics is not on the same continuum as progressivism. Neoliberalism isn’t watered-down progressivism; progressivism isn’t a more robust form of neoliberalism. They are opposing ideologies. Progressives and centrists are enemies. When neoliberal centrists achieve power, progressives find themselves in the political wilderness. Obama didn’t have a single progressive in his cabinet. Biden doesn’t have any progressive top advisors.

Corporate Democrats ignore progressives. They crush them. Two major protest movements emerged under Obama, Occupy Wall Street and Black Lives Matter. Obama deployed the surveillance state to eradicate both. Ask Julian Assange and Edward Snowden how amenable corporate Democrats like Obama are to progressive demands for change. It would be idiocy to expect anything different from Biden, who just appointed an out-of-control former prosecutor during a period of unprecedented protest against police brutality.

Would Biden be better than Trump? Only in temperament. Qualitatively, Biden presents a friendlier face for a pro-business domestic agenda that features few substantial differences with the Republicans. Under his proposed Democratic administration, we can expect to see a continuation of a tax structure that favors wealthy individuals and corporations, shrinking union power and rising income inequality, a horrible for-profit healthcare system, and systemic police violence directed disproportionately against people of color and the poor.

Understandably, there is trepidation about the possibility of Donald Trump naming a successor to Supreme Court Justice Ruth Bader Ginsberg, who is ailing. Even if Democrats control the Senate after January, and Biden pushes through a liberal—which, given his record, is unlikely—the overall balance of the court will not change. It is a conservative court and it will remain one.

In foreign policy, there is far less cause for optimism. From Bosnia to Afghanistan to Iraq to Libya to Syria, Joe Biden has enthusiastically voted for and convinced his fellow legislators to support brutal foreign interventions. Though disgusting, Trump’s record is nevertheless far better than Biden’s. Trump has expanded Obama’s drone wars and supports the bloodthirsty Saudi regime in the proxy civil war in Yemen. Yet he also negotiated a deal for total U.S. withdrawal from Afghanistan and repeatedly expresses his willingness to negotiate with such adversaries as North Korea and Iran without pre-conditions.

Neither Trump nor Biden will do anything that progressives really care about. Neither will support the Green New Deal or, for that matter, doing anything real about climate change. Neither is in favor of student loan forgiveness. Neither will take the profit incentive out of healthcare.

Some progressives worry about “wasting their vote” on an outfit like the Green Party. What could be more of a waste than voting for someone who is against everything you care about?

In high school civics class they told you that a single vote can make a difference. They lied. Not in a national election. Not at the state level of a national election. In the closest battleground state of 2016, New Hampshire, Clinton beat Trump by 2,701 votes. Sure, if you and thousands of other folks vote the same way, outcomes can change. But you have no control over other people. You have one vote. That’s all. Even if you live in Ohio, you personally can’t change anything. So live free.

On the other hand, withholding your vote from the Democratic Party can have a positive impact. Several million primary voters cast ballots for Bernie Sanders in 2016 but stayed home in the general election. Primary voters are fanatics—only 12% turnout compared to about 55% in the general election—so when they don’t show up it’s a boycott, not apathy. After Hillary lost, party insiders concluded they would have to move left in order to motivate progressive base voters. Many contenders in the 2020 Democratic primaries espoused elements of Bernie Sanders’ platform. Without the 2016 progressive boycott, that never would have happened.

If you are trying to send a message with your vote, voting for a third party is likelier to register with analysts than staying home on election day.

Voting for Biden sends only one message: you approve of him and his politics. Why, after getting the milk for free, would he pay attention to any of the cow’s complaints?