Trump’s Second Term: Not Worth Freaking Out About. 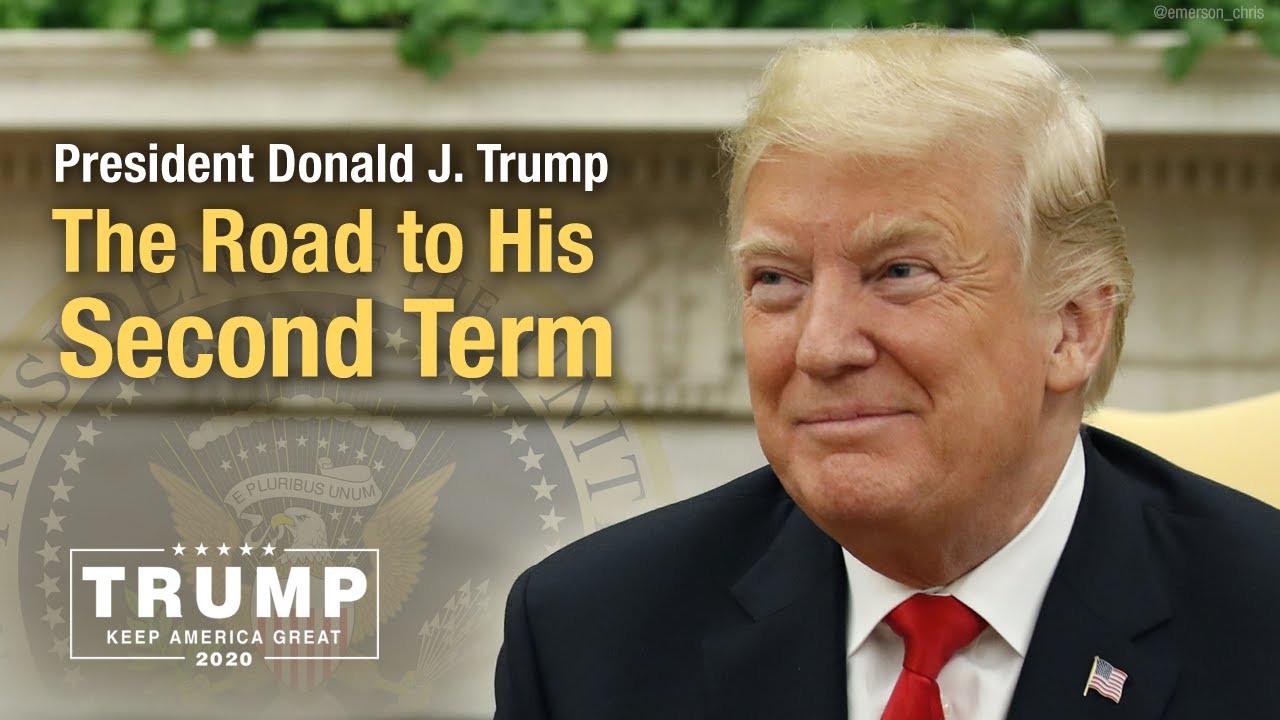 You’ve heard it so often that you may well believe it’s true: Trump’s second term would be a disaster. For the Democratic Party. For the United States. For democracy itself. “The reelection of Donald Trump,” warns Nancy Pelosi, “would do irreparable damage to the United States.”

But would it really?

Exceptions are a normal part of history but the record suggests that Trump would not be one of the few presidents who get much done during their second terms. There are three reasons for the sophomore slump:

By definition, political honeymoons expire (well) before the end of a president’s first term. Elections have consequences in the form of policy changes that make good on campaign promises. But turning a pledge into reality comes at a cost. Capital gets spent, promises are broken, alliances shatter. Oftentimes, those changes prove disappointing. Recent example: Obamacare. Voters often express their displeasure by punishing the party that controls the White House with losses in Congress in midterm elections.

The permanent campaign fed by the 24-7 news cycle makes lame ducks gimpier than ever. Before a president gets to take his or her second oath of office, news media and future hopefuls are already looking four years ahead.

Scandals usually come home to roost during second terms. It’s tough to push laws through a Congress that is dragging your top officials through one investigation after another.

I’m not suggesting that President Trump deserves a second term. He didn’t deserve a first one. He’s a terrible person and an awful president.

What I’m saying is that it is more likely than not that he has already done most of the damage that he can do.

Pundits and Democratic politicians have been pushing a self-serving narrative that implies that everything Trump has done so far was merely a warm-up for the main event, that he would want and be able to go even further if November 2020 goes his way.

That doesn’t make sense. Who in their right mind thinks Trump has been holding anything back? Which president has failed to go big within a year or two?

An achievement-filled second term would be a major reversal of recent historical precedent. Things may get worse under four more years of this idiot, but not much worse as the Democratic doomsday cult warns.

President Obama didn’t get much done during his second term, which began with the bungled rollout of the federal and state “health exchanges.” He signed the Paris climate accord, renewed diplomatic relations with Cuba and negotiated the nuclear deal with Iran. But the ease with which his successor canceled those achievements showcased both the ephemerality of policies pushed through without thorough public propaganda and a general sense that second-term laws and treaties are easy to annul. I hope Obama enjoyed all those trips to Martha’s Vineyard because that’s pretty much all he has to show for term number two.

George W. Bush screwed up one thing after another during his second four years in office, which was bookended by his hapless non-response to the destruction of New Orleans by Hurricane Katrina and his role in the ineffective and wasteful bailout of Wall Street megabanks during the subprime mortgage financial crisis. What began as an illegal war of aggression against Iraq became, after reelection, a catastrophic quagmire that destroyed America’s international reputation.

Whatever the merits of Bill Clinton’s legislative and policy agenda— welfare reform, NAFTA and bombing Kosovo would all have happened under a Republican president—having anything substantial or positive to point to was well in the rearview mirror by his second term, when he found himself embroiled in the Monica Lewinsky affair and impeachment.

Reagan was both senile and bogged down in Iran Contra.

Even the most productive and prolific president of the 20th century had little to show for his second term. FDR’s legacy would be nearly as impressive today if he’d only served four years.

Anything could happen. Donald Trump may use his second term to push dramatic changes. If there were another terrorist attack, for example, he would probably try to exploit national shock and fear to the political advantage of the right. Another Supreme Court justice could pass away. On the other hand, Trump is old, clinically obese and out of shape. He might die. It’s doubtful that Mike Pence, a veep chosen for his lack of charisma, would be able to carry on the Trump tradition as more than the head of a caretaker government.

Analysts differ on what Trump 2.0 might look like. Regardless of their perspective, however, no one expects anything big.

“If Trump wins a second term this November,” James Pethokoukis writes in The Week, Trump “might propose more tax cuts, but they are more likely to be payroll tax cuts geared toward middle-class workers instead of income tax cuts for rich people and corporations. He’ll look for a new Federal Reserve chair less worried about inflation than current boss Jerome Powell, who deserves at least partial credit for the surging stock market and continuing expansion. Trump will let the national debt soar rather than trimming projected Medicare and Social Security benefits. And there will be more protectionism, although it may be called ‘industrial policy.’”

“The early outlines of the [second-term] agenda are starting to emerge,” Andrew Restuccia reports in The Wall Street Journal. “Among the issues under consideration: continuing the administration’s efforts to lower prescription drug prices, pushing for a broad infrastructure bill and taking another crack at reforming the country’s immigration system, [White House] officials said.” They also want to reduce the deficit.

Under Trump, immigration reform is never a good thing. But it’s hard to imagine anything major happening without Democratic cooperation.

Internationally, many observers expect Trump to continue to nurture his isolationist tendencies. But President Bernie Sanders would probably have similar impulses to focus on America First.

By all means, vote against Trump. But don’t freak out at the thought of a second term.

Mourn what happened under the first one instead—and work to reverse it.