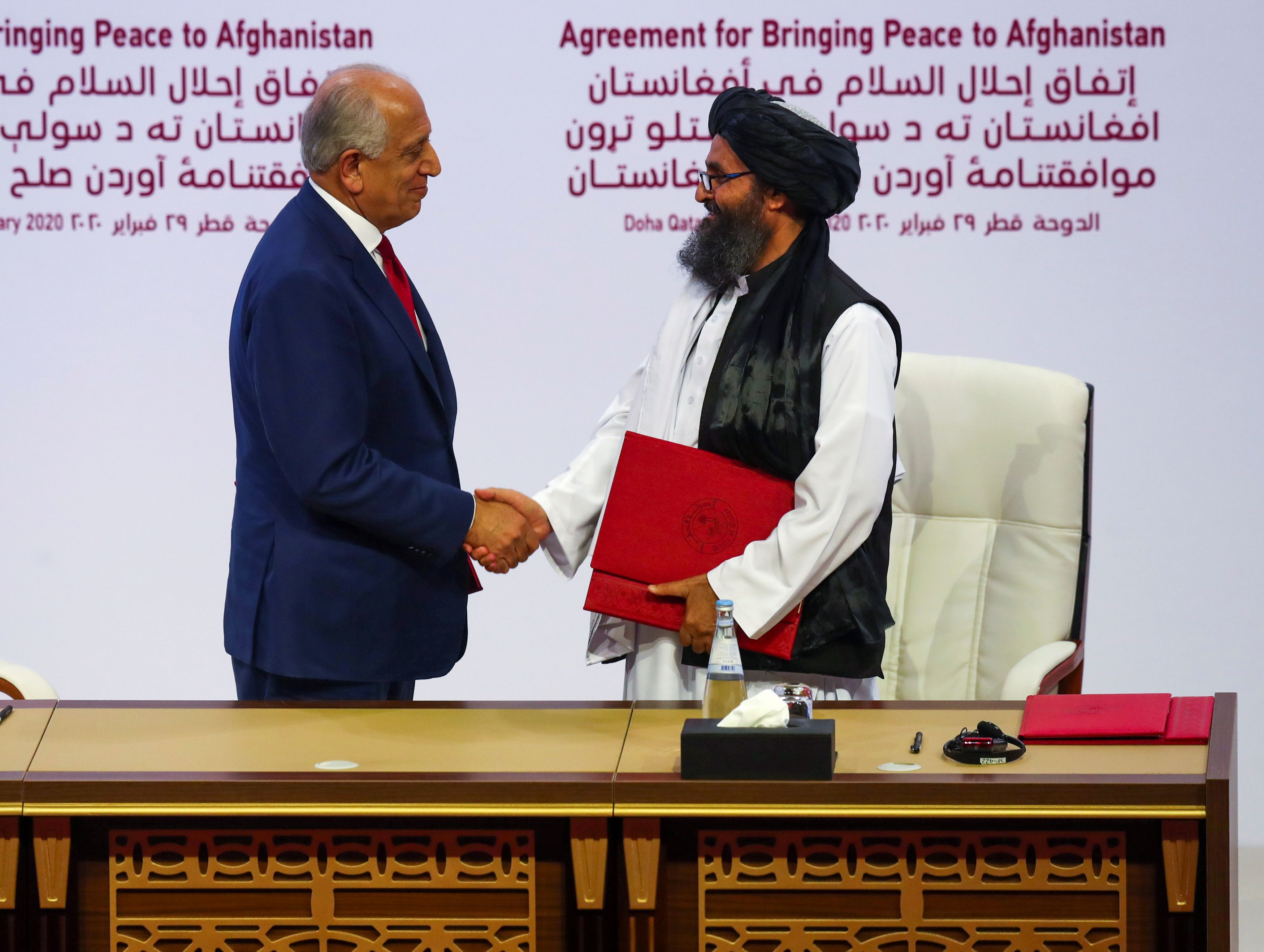 Pollsters have observed a consistent enthusiasm gap between supporters of President Trump and former Vice President Joe Biden. Any factor that dampens Democratic turnout could contribute to a second come-from-behind victory for the GOP.

Adding to liberal voters’ ambivalence over Biden is a rarely-discussed aspect of Trump’s presidency. Trump’s skepticism of foreign military entanglements places him to the left of mainstream Democrats like Biden. His foreign policy aligns more closely to those of the progressives who are licking their wounds from the primary defeat of Bernie Sanders—and who are considering whether or not to vote at all.

In 2016 Trump upended traditional right-wing politics by campaigning against the Iraq War—during the Republican primaries, where candidates usually compete to look tough. This year the surprise dove can take credit for extricating the U.S. from its longest war, the 18-year-old meatgrinder of Afghanistan. Not only was Trump the first post-9/11 president to hold direct talks with the Taliban, he concluded a peace deal with the insurgency that leads to a total American withdrawal by April 2021 if the Taliban uphold their commitments. Now he is even considering an accelerated timetable that would bring back the last American soldier before Election Day.

Trump’s peace initiative is under attack by an odd coalition of neoconservative Republicans including Rep. Liz Cheney of Wyoming and a group of Democratic hawks who inserted an amendment to the latest National Defense Authorization Act. The add-on denies the president funding to bring back the last 8,000 troops. In order to get the money the Defense Department would have to certify that pulling out would not increase the chances of Afghanistan ever becoming a safe haven for terrorists in the future. How could they promise that?

“There were elements of the progressive left and the pro-Trump right who supported these withdrawals,” Glenn Greenwald noted in The Intercept, but they lost the House fight.

Trump is no one’s idea of a pacifist. He expanded the drone assassination program he inherited from Obama and reduced its already low transparency. He supports Saudi Arabia’s vicious proxy war in Yemen. He has engaged in old-fashioned gunboat diplomacy against China.

Even so, many progressives find more to like in Trump’s willingness to engage with the leaders of countries like North Korea and Iran. Prior to Trump, high-level negotiations were positioned by the U.S. as rewards for improved behavior; Trump talks without preconditions. Progressives prefer diplomacy to war.

Biden, on the other hand, voted to bomb Serbia, invade Afghanistan and Iraq. He has never apologized—so it’s reasonable to assume he’d commit the same crimes again. He sat at Obama’s side as that administration armed and funded radical jihadis in Libya and Syria, expanding regional conflicts into all-out civil wars, one of which created the vacuum filled by ISIS. American leftists support Nicolás Maduro, a socialist, in Venezuela; Biden backs Juan Guaidó, who failed to seize power in a military coup last year. These are Hillary Clinton’s politics, an approach left-leaning voters despise.

“The liberal establishment is desperate to return a centrist to the White House in November and reestablish the country’s more stable military dominance of the world order, disrupted only briefly by Donald Trump. Joe Biden’s terrible track record on foreign policy — including his championing of war in Iraq — suggests a return to Obama-style strong military interventions abroad,” David Davison and Alex Thurston wrote recently in Jacobin.

“Biden represents the return of the classical foreign policy establishment,” Alan Minsky, executive director of Progressive Democrats of America, told The Progressive magazine. “Biden is running a campaign as a restoration candidate.”

And while Biden has made overtures to the progressive wing of his own party on such domestic issues as healthcare and the environment, he has expressed no willingness to compromise on foreign policy.

Last week a coalition of progressive groups wrote to Biden to demand that he appoint anti-interventionists to his cabinet and as top officials in the State Department. “Without national security and foreign policy personnel who are willing to learn from the mistakes of the past and understand the need for change this moment presents, we fear our country—and the world—risk descending into climate and economic chaos fueled by further corruption and authoritarianism. We expect a potential Biden administration to reflect the urgency of this moment in its personnel appointments,” the letter read.

I would not hold my breath.