The Data Is Clear: Progressives Should Boycott Biden 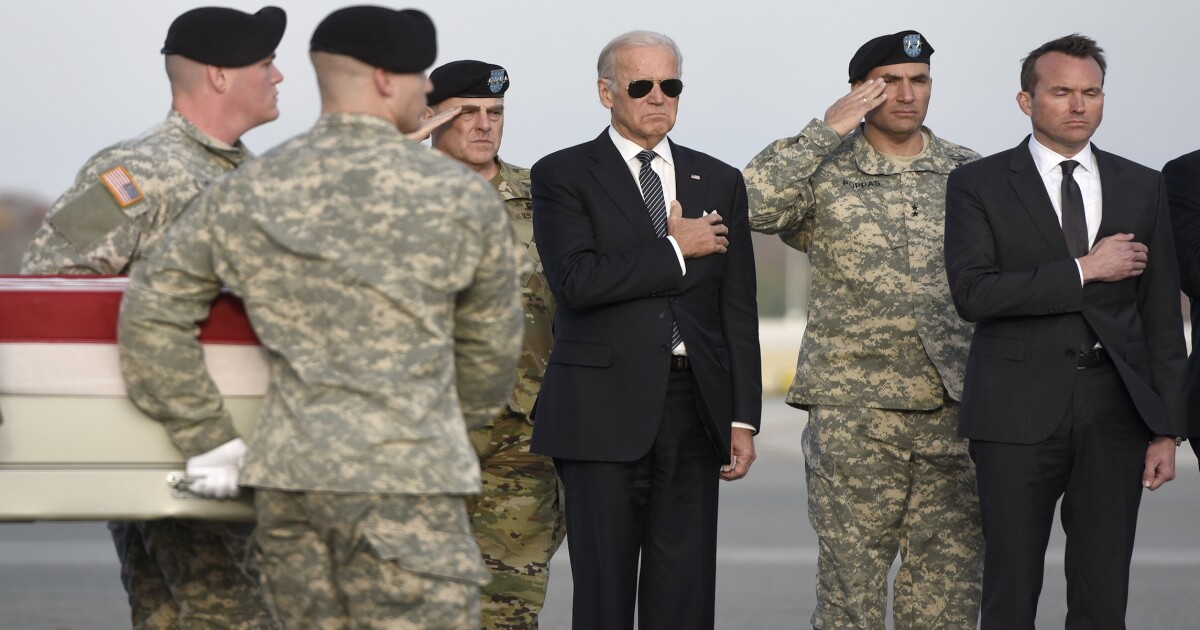 Once again the Democratic Party is asking progressives to vote for a presidential nominee who says he disagrees with them about every major issue. This is presented as an offer they cannot refuse. If they cast a protest vote for a third-party candidate like the unionist and environmentalist Howie Hawkins of the Greens or stay home on that key Tuesday in November, Donald Trump will win a second term—which would be worse than Biden’s first.

Which is better for the progressive movement? Fall into the “two party trap” and vote for Biden, or refuse to be coopted and possibly increase Trump’s reelection chances?

My new book Political Suicide: The Fight for the Soul of the Democratic Party documents the last half-century of struggle between the party’s left-leaning voters and its right-leaning leadership class. History is clear. When progressive voters compromised their values by supporting corporatist candidates, they were ignored after the election. Only when they boycotted a general election did the DNC start to take them seriously.

Throughout the 1980s party bigwigs manipulated the primaries in favor of establishment corporatist candidates over insurgent progressives: Jimmy Carter over Ted Kennedy in 1980, Walter Mondale and Michael Dukakis over Jesse Jackson in 1984 and 1988. Democrats were united but unenthused; all three lost.

Most people have forgotten that Carter was the first of a string of conservative Democratic presidents. He brought back draft registration. The “Reagan” defense buildup actually began under Carter, as Reagan himself acknowledged. Carter provoked the Tehran hostage crisis by admitting the despotic Shah to the U.S., boycotted the Moscow Olympics and armed the Afghan mujahdeen who morphed into Al Qaeda.

Carter became the first president since FDR not to propose an anti-poverty program. Instead, he pushed a right-wing idea, “workfare.”

Progressives got nothing in return for their votes for Jimmy Carter.

There was only one arguably progressive policy achievement over those 16 years: the Affordable Care Act, which originated in the bowels of the conservative Heritage Foundation think tank.

Progressives kept holding their noses and voting for Democrats. Democrats took them for granted. Democrats didn’t push to increase the minimum wage. They watched silently as generation after generation succumbed to student loan debt. As the earth kept burning, they hardly lifted a finger to help the environment except for symbolic actions like Obama’s fuel efficiency regulations, which required less than automakers were doing by themselves.

Personnel, they say in D.C., is policy. Clinton had one progressive in his cabinet for his first term, Labor Secretary Robert Reich. Obama had none. Citigroup chose his cabinet.

After the defeat of Bernie Sanders in 2016, progressives tried something new. Millions of disgruntled Sanders primary voters either stayed home, voted for Trump or cast votes for third-party candidates like Jill Stein. Hillary Clinton, who was so sure she could take progressives for granted that she put Sanders at 39th on her list of vice presidential picks, was denied her presumptive shoo-in victory. (Don’t blame Stein. Adding all of her votes to the Hillary Clinton column would not have changed the result.)

Three years later, something remarkable happened. Most presidential hopefuls in the 2020 Democratic primary campaign emerged from the centrist corporatist wing of the Democratic Party yet felt pressured to endorse important progressive policy ideas. Kamala Harris, Cory Booker, Amy Klobuchar, Pete Buttigieg and even Michael Bloomberg came out in favor of a $15-an-hour minimum wage. Most of the mainstream candidates proposed some sort of student loan forgiveness and Medicare For All. Nearly all support a Green New Deal.

What forced the Democratic Party to shift left after decades of moving to the right? Fear that progressives will withhold their votes this coming November. After years of empty threats from progressives, the November 2016 voter boycott proved they wouldn’t sell their votes without getting something in return.

The answer to the question, what should progressives do, is easy in the long term. Progressives should boycott Democratic candidates who don’t credibly pledge to support progressive policies. Biden says he would veto Medicare For All. He opposes a Green New Deal as well as student loan forgiveness. He is hawkish on Russia and Venezuela. He doesn’t want your vote. Why give it to him for free?

The trouble is, every election is also about the short term. Progressive voters have to game out the next four years.

If Trump wins, he may have the opportunity to appoint another Supreme Court justice. He will certainly appoint more federal judges. He will continue to coddle hate groups and spew lies. Many of the weak and vulnerable will suffer. On the other hand, activism will be sustained. Resistance and possibly even revolutionary change may emerge. Trump will be a lame duck likely wallowing in scandal; very few presidents get much if anything done during their second terms.

If Biden wins, his Supreme Court picks may not be significantly more to the left then Trump’s. He is likelier than Trump, who shows restraint on interventionism and ended the occupation of Afghanistan, to start a new war. Big problems will get small solutions or none at all. Streets will be quiet. If there are any demonstrations, for instance by Black Lives Matter, his Department of Homeland Security will suppress it as Obama did to Occupy. As under Bill Clinton and Barack Obama, the left will go back to sleep. Progressives will watch Biden appoint one corporatist cabinet member after another as their dreams of making the country a better place fade away.

And in 2024, we will again face a choice between a rabid right-wing Republican and a wimpy sell-out Democrat. This election, Democrats will say as they always do, is too important for ideological purity. Progressives should wait until some future election when less hangs in the balance. Perhaps in 2028? Maybe 2032? 2036?