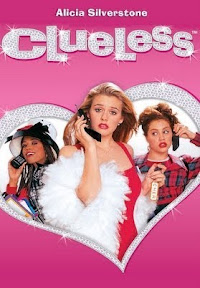 At least 16 million Americans have lost their jobs to the shutdown ordered to slow the spread of the novel coronavirus. That staggering number does not include those who were unable to file due to crashing state websites overwhelmed by new claims, or by freelancers whom the government doesn’t count as unemployed when they lose their gigs. This is only going to get worse. Much worse.

Only one entity has the financial and organizational resources to mitigate the damage and forestall a total societal collapse reminiscent of the Soviet Union in 1991: the federal government.

Unfortunately, few politicians of either party have indicated that they understand the existential scale of this threat, much less internalized the fact that what they do or do not do will determine whether the United States continues as such. One exception is Elizabeth Warren. “Government action is essential to save lives and to rescue our economy,” she wrote in an April 9th op-ed in the New York Times, and she’s right.

More unfortunately still, even relatively smart leaders like Warren aren’t willing to go far enough to save themselves in the system they lead. This is terrifying. If your best and your brightest aren’t good enough, you’re finished.

Warren’s recent presidential bid was known for the quip that she had a plan for everything. Her plan for the COVID-19 crisis goes further than most of her peers with the exception of Bernie Sanders but it’s hard to see how it could possibly get the job done.

Last week, when “only” 6 million new jobless claims had been filed, the unemployment rate had shot up to 13%. It’s higher now. Compare that to the Great Depression: people talk about 25%, but that was the peak in 1933. For most of the Depression, the unemployment rate averaged around 15%. We’re already there. We’re probably already higher than that. We are going higher still.

The unemployment rate is already worse than the Great Depression.

So here is what Warren, our best of the best, a progressive consumer advocate, suggests: that the government starts “suspending consumer debt collection, enacting a universal national moratorium on evictions and foreclosures, stopping water and utility shut-offs, providing as much broad student loan debt cancellation as possible and finding money to keep child care providers afloat.”

“Suspending” consumer debt collection doesn’t mean forgiving consumer debt. It means ordering debt collectors to wait until later to come after you. Later, however, you won’t be more able to pay back what you owe. You’ll be less able. You will have accumulated more debt in order to survive. Interest will have accrued; at the average rate of 15% a $1,000 credit card bill turns into $3,128 after a year. There will be late fees. Finding any job will be hard and finding a job that earns enough to pay back mountains of debt will be impossible. Any solution that doesn’t include forgiving consumer debt doesn’t stand a chance of rescuing the economy. A delay in collections adds compound interest to catastrophe.

A “national moratorium” on evictions and foreclosures is equally insane. For the time being, the sheriff doesn’t show up to throw you and your family out onto the COVID-19-infected streets. But what happens later? At some point, a moratorium expires. Lenders become impatient. Congress lifts the moratorium; then debtors come after you. Now you don’t just owe one or two months of back rent or mortgage, you owe 6 or 10 or 15. If you can’t pay one or two months, how are you going to pay ten? There will be late fees, accrued interest, and again, you’ll be making less than you did before this all happened—so you will have to pay back inflated 2020 debt with your deflated 2021 salary. Ain’t going to happen.

Kicking the can down the road with suspended debt collection and eviction moratoriums and putting off utilities shut-offs is a guaranteed ineffective, massively counterproductive wallop of magical thinking that pretends not only that everything is about to be fine, but that everyone is going to win the lottery and be able to use their newfound winnings to pay off their coronavirus debts. It’s ridiculous and stupid and unworthy of discussion by serious people.

Even Warren’s plea for “truly universal paid family and medical leave” is the wateriest of weak tea because it only applies to frontline “health care, transit, farm, grocery, domestic and delivery workers.” In a pandemic, grocery store clerks only stay healthy if their customers do.

Warren once said that she was a capitalist to her bones. Her joke of a plan for the coronavirus Great Derpression reflects her unwillingness to accept a new reality in which trillions of dollars must immediately be redistributed from the wealthy to the poor and middle class, not because it’s the right thing to do–though it is—but to avoid ruin. Landlords must go without rent, banks must forego mortgage payments, people must be able to go to the doctor without paying, heat and water must continue to flow without a bill.

The United Kingdom is paying citizens 80% of their paychecks to stay home from work. Germany pays two-thirds. Spain is about to institute a universal basic income at a yet-to-be-determined amount. Bernie Sanders, who just dropped out of the race for the presidency, called for every American household to receive $2000 a month until the end of the crisis.

Capitalists like Warren must decide what’s more important to them: insisting on their prerogative to hoard precious resources, or survival. As for now, she doesn’t even have the start of a thought of a real plan.

And she is the best we have.