SYNDICATED COLUMN: Remember When? The Border Wall Used to be a Left-Wing Thing 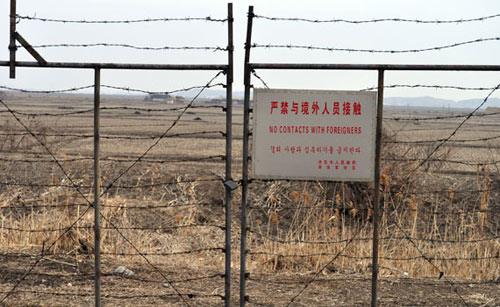 Illegal immigrants, President Trump claims, are pouring over the border from Mexico into the United States. That’s not true now; notwithstanding the ballyhooed caravan of Central American migrants who recently arrived at a California crossing, illegal crossings are hitting historic lows. There’s actually a net outflow. But it was true until the early 2000s — which is when the left was calling for a border wall.

“Legal immigration should become safe, legal and commonplace,” I wrote in 2005 in response to George W. Bush’s call for a guest worker program for illegals. I opposed Bush’s plan because it would hurt American wages and job prospects. “At the same time, no nation worthy of the name can tolerate porous borders. We can and must seal our borders to prevent economic migrants, terrorists and others with unknown motives from entering the United States.”

It seems strange to recall, but support for stronger border controls was a common thread among both the populists of the America-First Pat Buchanan right and the labor-protectionist left that backed Bernie Sanders. Now the right, led by Mr. Trump, monopolizes the cause of economic nationalism — but recent history shows that there’s a even stronger, non-xenophobic for protectionism on the left. The problem is, Trump and Congressional Republicans haven’t been willing to make concessions to get The Wall (or a cheaper high-tech alternative to bricks, mortar and corrugated fencing with negative environmental impacts).

For their part, Dems have adopted a policy stance that thoughtful leftists recognize as nonsensical and ideologically incoherent.

First, mainline Democrats have been arguing, we should look the other way as foreigners enter the country unchecked because we need undocumented workers to take low-wage occupations — picking fruit, plucking chickens, making our hotel beds — that Americans don’t want. But that’s not only is not true, it cannot be true. Without undocumented workers, employers would be forced to offer higher wages for those tasks they couldn’t automate. Inflationary risks and agriculture sector disruption notwithstanding, raising wages for unskilled labor would create upward pressure on wages up the salary chain. Simple supply and demand. The removal of 11 million consumers, however, would depress spending on goods and services as well as sales tax collections.

The other pillar of Democratic immigration policy is so absurd that the party rightly refuses to articulate it: that border controls are inherently racist and xenophobic. No other country thinks so. You can’t sneak into Uruguay or Tanzania or the Seychelles without a visa (much less look for work) and hope for anything other than arrest and deportation. Controlling the flow of human beings into one’s country isn’t bigotry. It’s one of the fundamental characteristics of a modern nation state. One could sooner do without minting one’s own currency or issuing postage stamps.

Yet the status quo, a tacit open door at various crossing points, is all Democrats have to offer: more of the same lunacy.

The only reason the Democrats get away with their sophistry is that Trump’s comments about illegal immigrants during the campaign (Mexican rapists, etc.) were so vicious and toxic. On immigration, he out-crazied the Democrats. In power, the Trump Administration’s aggressive enforcement of immigration laws has come across as gratuitously cruel.

Trump’s ban against visits to the U.S. by citizens of six Muslim nations said to be associated with terrorism was launched so haphazardly that families with visas and/or official refugee status were turned away at JFK airport after boarding planes in their home countries with legitimate documents. Refugees from Syria, where a civil war rages in part because one side was funded and armed by the U.S., have almost all been refused entry although most Syrians fleeing the war zone are doing so precisely because they are enemies of ISIS and other radical Islamist groups out to attack American interests.

News reports have showcased sobbing families watching relatives who came here illegally from Latin America but have lived exemplary, law-abiding (except for their immigration status) lives as entrepreneurs and parents, being sent to countries like Honduras where they fear for their lives. Trump threw the “Dreamers” — kids without criminal records who came to the U.S. essentially as luggage, with their parents — under the bus. Americans support borders, but not these kinds of deportations — and thus not this Wall.

You may have been born here. But there’s a good chance that someone in your family tree arrived at Ellis Island or somewhere else without their paperwork in perfect order.

Like any other country, the United States ought to vet everyone who seeks to enter its territory. We need less illegal immigration and more legal immigration. As we reduce unauthorized land crossings and overstayed visas, we ought to increase opportunities for foreigners to apply for legal visas with a clear path to a green card and citizenship. Unlike undocumented workers preyed upon by rapacious employers because they live in the shadows, legal immigrants can insist upon fair legal wages. Admitting them puts less downward pressure on wages.

We need a realistic approach to the estimated 11 million illegal immigrants currently here. So what if we wind up “rewarding” people who technically broke the law? We left the border open, we hired them, we chose not to enforce our own laws. This is what happens when a rich country leaves open its border with a poor one. Those who committed serious felonies (far fewer than three percent) should be carefully evaluated to see if they are likely to reoffend after serving their prison sentences; those determined not to have been rehabilitated should be deported to their countries of origin.

The others should receive amnesty. Most of the beneficiaries of Ronald Reagan’s 1986 mass amnesty worked out fine.

Immigration hardliners worry that each amnesty is a precedent for the next one, but that will only be true this time if we again fail to secure the border.

If Republicans keep the House next year, Trump will get his wall — or groundbreaking on one before a future Democratic regime halts construction. With that outcome less than certain (to say the least), Trump could secure the assent of the progressive populist base of the Democratic Party if he were to throw in legalization of the straight-and-narrow illegal immigrants who are already here along with an end to his Muslim ban.

Republicans could point to a promise kept on border protection. Democrats could throw a bone to a restive base on economic nationalism without climbing in bed with Trumpian xenophobia.

A win-win. Almost like Washington in the old days.