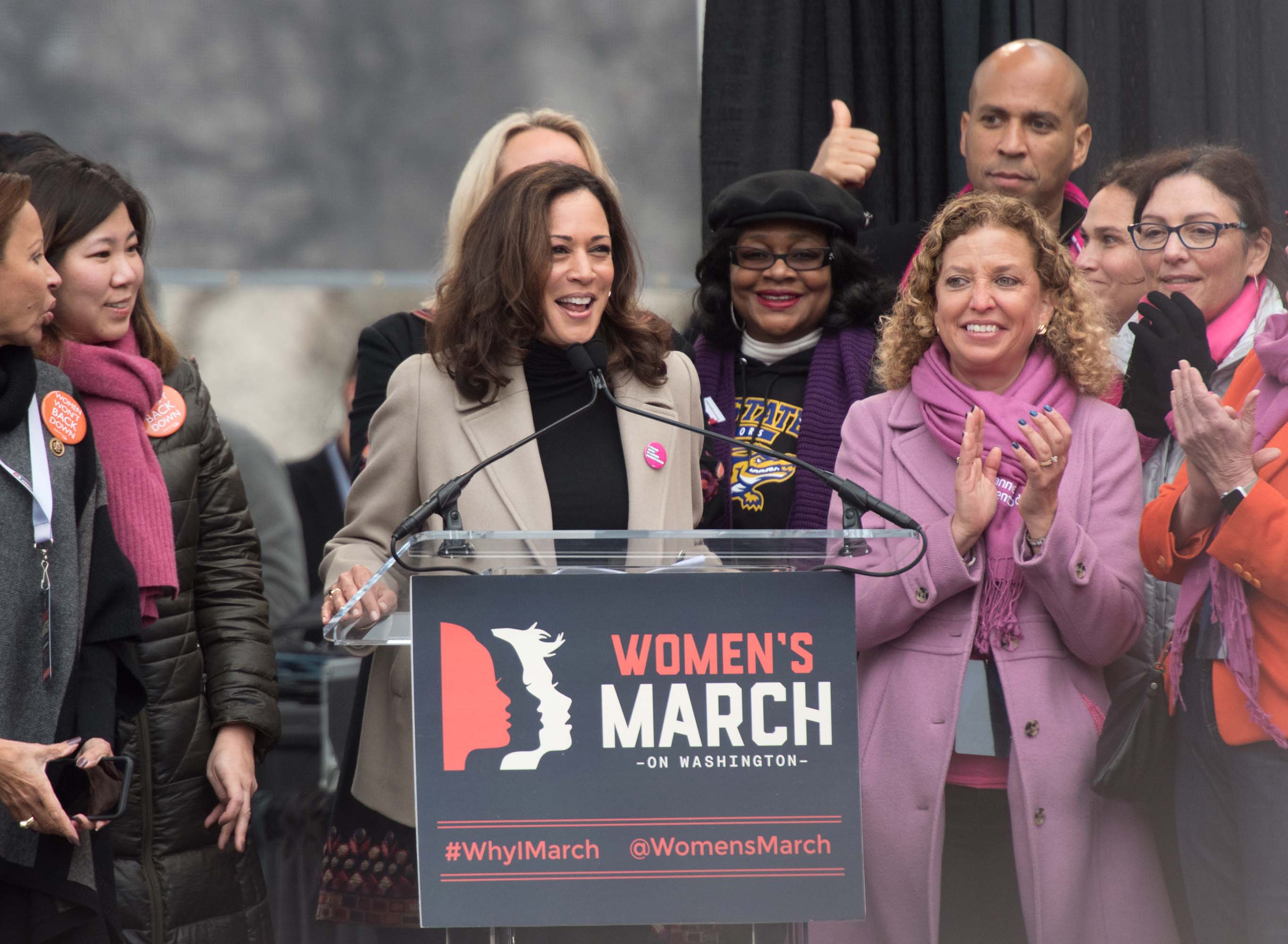 Democrats are not part of the Left. If Democrats have their way, the fundamental inequality of American capitalism, a system in which 1% of the people “earn” 82% of the income, will never change. Democrats apply identity politics as a distraction, in lieu of systematic solutions to class-based discrimination. Democrats demand more women directors in Hollywood, more African-Americans admitted to Ivy League schools, transgendered soldiers in the military so they can join the slaughter of brown people in other countries.

Donald Trump represented a rare opportunity for the Left. After eight years of fascism with a smile, the American system got a figurehead as visually and tonally repugnant as its foreign policy (drones, aggressive wars, coups, undermining popular elected leaders) and its domestic reality (widespread poverty, crumbling infrastructure, no social safety net, for-profit healthcare and education). “Hey,” the Left could finally say, “the U.S. is a disgusting monster headed by a disgusting monster. Let’s get rid of that monster!”

It has become painfully apparent that Democrats have hijacked the anti-Trump Resistance.

“I feel like the revolution is now,” a demonstrator at last weekend’s second Women’s March told a New York Times reporter. “I want equal pay,” added her 11-year-old daughter, Xenaya, chimed in. “And equal rights.”

Definition of “revolution”: “a forcible overthrow of a government or social order in favor of a new system.”

At those very same marches, however, (establishment Democratic) speakers like Nancy Pelosi and Kirsten Gillibrand urged women to run for office (presumably as Democrats) and to support Democratic candidates (whether they’re women or men). Even if you think that is a beautiful and important idea, it is not revolution.

Running for office and validating the status quo by voting for major-party candidates is the exact opposite of revolution.

USA Today’s take was typical: “Women’s March returns, but the real focus now is the midterm elections.” The paper quotes Linda Meigs, who is challenging a GOP incumbent in Alabama: “I just feel that there’s a blue wave coming, and it’s a wave of women – women who were energized by the Women’s March and by what’s going on in Washington in the White House.”

Meigs is probably right. Even Republicans think so. But so what?

Even if Democrats take back the House and the Senate, women Resisters who fall for the Dems’ co-option game hoping for “equal pay” and “equal rights” will be sorely disappointed. Not because Trump will get in the way — because Democrats won’t fight for anything substantial.

Consider the Democrat most Women’s Marchers probably voted for. Like the rest of her fellow Democrats, Hillary Clinton (a multimillionaire) supported raising the minimum wage to a pitiful $12 per hour. (If it had merely kept up with inflation, it would be $23 per hour now. Given increases in worker productivity, it ought to be at least $25 per hour.)

Clinton gets better-a-century-late-than-never cred for endorsing the long-stalled Equal Rights Amendment. But Democrats controlled the White House, House and Senate as recently as 2010 — and never mentioned it.

Even on the signature identity-politics issue of abortion rights, Democrats have long deployed a form of psychological terrorism against women. Unless you vote for us, they’ve been telling women, some Republican president might appoint a Supreme Court justice who might cast the deciding vote to overturn Roe v. Wade.

Women and their partners shouldn’t have to rely on a wobbly 45-year-old court decision. Why don’t Democrats ever propose a bill legalizing abortion nationwide? Considering that 58% of voters, including many Republicans, support abortion rights, and that Democrats could characterize Congressional opponents as misogynists in attack ads, it’s entirely possible that an abortion-rights law could pass Congress. They certainly could have tried under Obama. But they didn’t. Because Democrats don’t care about people. Democrats care about electing and collecting campaign donations for Democrats.

There is no reason — zero, none, nada — to believe that the Democratic Party’s half-century-old refusal to lift a finger to help the disenfranchised will change if and when they win back Congress. Which makes the squandering of the anti-Trump historical moment so tragic.

It’s time for the actually-existing American Left to do some serious soul-searching, analysis and — most of all — organizing. Why didn’t militant leftists insist on greater prominence at the Women’s Marches than those Democratic hacks? Where is the grassroots organizing? Where are the left-wing thinktanks to create an intellectual and theoretical basis for our arguments? Why aren’t there protests daily, as opposed to annually? Trump and the Republicans and the Democrats shouldn’t be able to show their faces in public without facing a crowd of loud and angry protesters.

It’s not like the Democrats are a fiendishly clever adversary! Allowing the idiots who chose Hillary over Bernie to steal anti-Trumpism points to complete impotence and political incompetence on the part of what’s left of the Left.