SYNDICATED COLUMN: Our Obsession with Trump Shows Authoritarianism Has Arrived 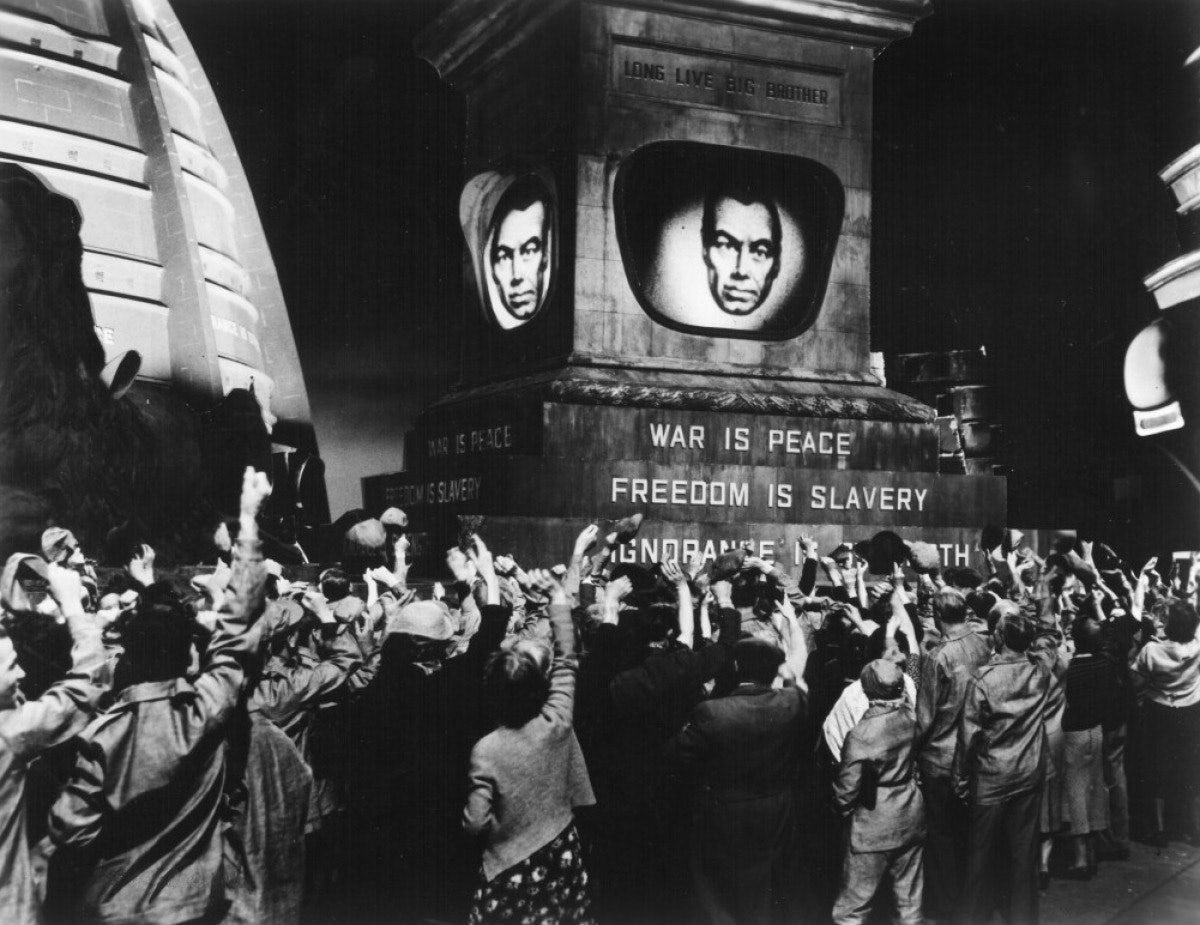 Bernie Sanders has joined the chorus of politicians and pundits who warn that the U.S. is sliding into authoritarianism under Trump. But he’s kind of wrong about how.

There are indeed reasons to worry that civilian and constitutional rule are giving way to institutional post-democracy. Trump’s cabinet and top White House staff contain enough military generals to give Pakistan a run for its money. Trump’s party controls both the House and Senate yet the president prefers to dash off executive orders rather than making the necessary effort to shepherd legislation through Congress. And of course there’s his police-state rhetoric, like when he “joked” that cops should bash their suspects’ heads into the sides of their squad cars.

But the most reliable indicator of looming authoritarianism can be found in the media, specifically in its obsession with the president.

A study by Harvard Kennedy School’s Shorenstein Center on Media, Politics and Public Policy found that 41% of all news stories during the president’s first 100 days were about Trump. That’s three times higher than any other president. Six months in, news outlets still devote hundreds of broadcast hours and thousands of words dissecting 100-character tweets Trump dashed off in seconds at four o’clock in the morning.

Trump has a lot on his plate: healthcare, tax reform, the border wall, Venezuela for some reason. But one story towers above all others in news coverage: the Russia-Trump connection. Fifty-five percent of all stories about Trump on TV network news since Robert Mueller was appointed special counsel have been about the Russia probe, according to the conservative Media Research Center.

(Count me among the guilty: as a political cartoonist, it’s hard not to notice that images of Trump garner more clicks than those about climate change. Here I go again, right here in this column.)

Americans are divided along party lines. But Trump has brought us together in one respect: he’s making everyone feel anxious by creating a constant atmosphere of crisis.

The president’s Republican supporters are worried sick that a Vast Left-Wing Conspiracy will force Trump out before he can carry out his promises. “BREAKING NEWS! WATCH: Top Republican Issues Warning About ‘Taking Out’ Trump – This Is Terrifying…. ” warns an email blast from TeaParty.org. From the same email: “Establishment RINOs just teamed up with the bloodthirsty Democrats to betray their constituents and keep Obamacare – the DISASTER that is destroying he [sic] lives of millions of Americans.”

These emails hit in boxes of Republican voters at an hourly rate. Here’s another: “Within the darkest, dankest bowels of our government, the Leftist Deep State has nursed its wounds and regathered its might. They’re preparing for another surprise attack. The highest Deep State archons have gone absolutely berserk with gnashing, fist-bleeding, spit-flinging rage.” Terrifying! Given how much effort goes into working them up, it’s amazing how few gun owners go on a shooting spree.

Liberals are going crazy too. “Get Organized to Drive Out the Fascist Trump/Pence Regime. In the Name of Humanity — We REFUSE to Accept a Fascist America!” urges an email from RefuseFascism.org. “We’re in a crucial moment in history, when the danger of a full-out fascist regime, as we have analyzed, threatens the people all over the world and the planet itself as a viable place for humans and other species to thrive and survive.” Even the bugs are doomed!

No false equivalence here — I’m an unapologetic leftie. The point I’m making here is, everyone is obsessed with Trump, not just the media. And that obsession is a strong clue that the authoritarian era may already be underway.

For 15 years the global embodiment of authoritarian rule was Turkmenistan under former Soviet strongman Saparmurat Niyazov. Like Trump, Niyazov was a quirky megalomaniac who routinely issued executive orders on everything from grandiose construction projects (a vast manmade lake in the world’s hottest desert) to the mundane (a ban on chewing tobacco, ejecting dogs from the capital because of their “unappealing odor”).

Like other visitors to Turkmenistan, I was struck by the ubiquity of Niyazov’s image on currency stamps, statues and posters. But what really made an impression on me was how carefully the Turkmen people studied his every move, both literally and figuratively.

Whenever Niyazov’s motorcade left the presidential palace, the police shut down most streets in Ashkhabat. Motorists carefully tracked his schedule to avoid getting stuck in traffic — or arrested. Because college applicants knew that the president personally reviewed their applications, savvy students sprinkled their essays with quotes from the leader’s book, the Ruhnama. When the Father of All Turkmen let his hair go from dyed to white back to black again, countless thousands of his hapless subjects felt it wise to follow suit.

As in the U.S., where leftist opposition increasingly focuses against the person of Donald J. Trump (as opposed to the systemic oppressions of capitalism and militarism), political opposition in Turkmenistan was directed against Niyazov, the center of the nation’s personality cult. En route to my hotel, my taxi driver pulled over to toss his saved-up household trash over the fence surrounding the presidential palace. Judging from the lawn, he wasn’t the only one.

Prisoners will tell you that serving time safely requires a close watch on guards’ mood swings and shift changes. Survival is part of human nature; studying those with power of life or death over you is key to survival in situations where individual rights are slim to nonexistent.

The U.S government has become increasingly violent, intrusive and capricious since 9/11, brazenly listening to our calls and reading our emails and generally treating individual rights like quaint relics of the past. Obama announced his right to drone-kill Americans on American soil; he and now Trump are even deporting U.S. citizens. The erratic nature of Trump’s personality and policy prescriptions have amplified the sense that Americans, like the Turkmen, had better pay close attention to the man in charge if they want to survive.