We Americans pride ourselves on our supposed respect for free speech. In reality, however, few citizens seem to rally to the cause of freedom of expression when it’s under attack. 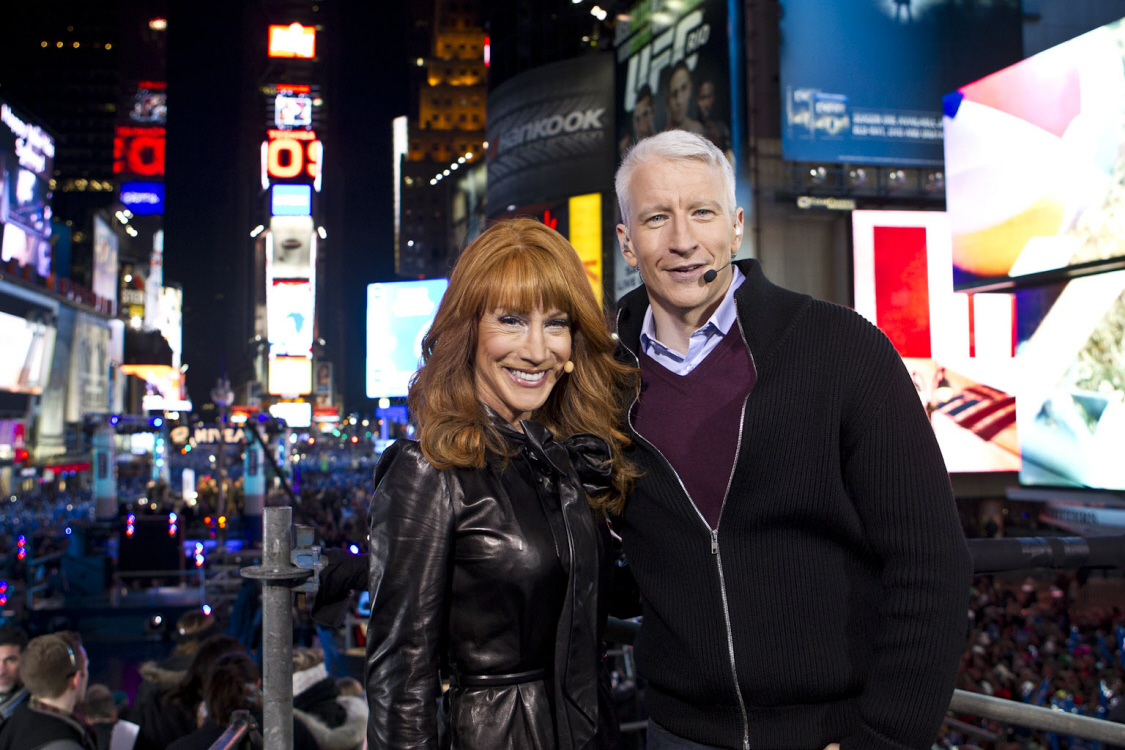 Earlier this week, it came to light that a Griffin photo shoot with the photographer Tyler Shields included an image of Griffin holding up a (fake, obviously) head of President Donald Trump. The image evokes pictures of ISIS members displaying the decapitated heads of their victims:

Reflecting America’s history of four presidential assassinations, there is a long-standing cultural and social taboo here against threats real or implied against a president’s life. Federal law prohibits such threats.

Reaction to Griffin’s Trump head photo was predictably swift and fierce. Politicians of both parties called for CNN to fire Griffin from her NYE gig. Trump himself tweeted: “My children, especially my 11-year-old son Barron, are having a hard time with this. Sick!” (It may be time, Mr. President, to monitor Barron’s access to electronic devices.) After Anderson Cooper threw his “friend” under the bus on Twitter (“completely inappropriate“), CNN fired her.

Foolishly, she felt compelled to apologize too.

Griffin hasn’t gotten much support from the creative community. One exception was the comic actor Jim Carrey. “It’s the job of the comedian to cross the line at all times,” Carrey said. “That line is not real and if you step out into that spotlight and you’re doing the crazy things that (Trump) is doing, we’re the last line of defense. The comedians are the last voice of truth in this whole thing.”

Carrey is right. Satire is a high-wire act. If it’s not dangerous, it’s not funny — it’s Jay Leno at worst, Stephen Colbert at best. Pillorying Griffin for being “inappropriate” is ridiculous. She got fired for trying to do her job. So the image was disturbing and offensive. So what? No one would have paid attention to it if had been safe and bland, like most political satire.

Now, a primer on free speech.

For a creator, there is no “line.” When I work as an editor, I tell cartoonists that it’s their job to create and mine to censor. Pitch anything, go crazy, be wild. If I approve a piece, and all hell breaks loose, the person who should be fired for poor editorial judgement is the editor, not the artist. Artists shouldn’t self-censor.

Private companies can censor. The First Amendment is narrow. It only protects us from censorship by the government. But employers like CNN can and do censor. They should be called out when they do, and censorship should always be widely condemned and despised.

CNN blacklisted Griffin. Blacklisting is the practice of firing or refusing to hire a creator for work they did for someone else. Griffin didn’t post her Trump head pic on CNN.com. She didn’t display it on a CNN broadcast. So the Trump head was not CNN’s business. What was CNN’s business was what she did on the air with Anderson Cooper at Times Square, nothing more.

Unfortunately, blacklisting is common. Sports teams have disgusting “morals clauses” that allow owners to discipline athletes for expressing themselves off the playing field; if free speech means a thing, these should be prohibited. Employers have fired employees for the political bumper sticker on their car. Gross! I was fired from a gig drawing cartoons about sex and relationships for Men’s Health by a publisher who didn’t like a cartoon I drew for newspapers about politics — and that I never submitted to MH. Unless you’re born rich, you have to work. No employer should make you think twice about expressing yourself — yes, even if you’re expression is racist or otherwise offensive. Free speech is free speech.

The quality of the censored work or artist is irrelevant. I don’t give a shit about Kathy Griffin and never thought she was that funny, though she offered undeniable random charm in her NYE appearances. (Weird randomness is an essential ingredient of successful humor.) I don’t really understand the humor in the Trump head photo. From what I gather from social media, most Americans agree with me.

But what we think of a comedian’s work is completely unrelated to whether she deserves our support.

Remember when my colleague Garry Trudeau criticized the quality and content of the cartoons drawn by artists murdered by gunmen at the office of the Paris satirical magazine Charlie Hebdo? The effect of Trudeau’s remarks was to support ISIS against cartoonists, and to partially justify the slaughter. Whenever a value as fundamental as free expression is under attack, people of good conscience must rally to defend it, no matter the content. Though disgusted by Islamophobia, I was appalled by the attempt of two ISIS gunmen to murder right-wing anti-Muslim cartoonists in Texas in 2015. I condemned liberal attempts to get right-wing radio hosts Rush Limbaugh and Dr. Laura Schlessinger fired, even though Rush has personally slimed me. When I had my radio show in Los Angeles, I took heat from pro-censorship liberals for bringing white supremacist David Duke on the air for a vigorous debate.

Reading this, some readers will say: you can say anything you want, but you don’t have the right to demand that someone hire you (or not fire you) if you do. This is sophistry.

In a capitalist society, you work or you starve to death. So, under our present system — you can be fired for saying stuff your boss doesn’t like, even stuff you say at home, not at work — your employer effectively has the right to kill you if your expression causes him (or his customers) offense. Most people aren’t rich enough not to have to worry about this. So they censor themselves.

By definition, therefore, we do not live in a free society. We are not free to say what we want, to be who we want to be.

Until we come to our senses and elevate freedom of expression to a true inalienable right that cannot be infringed upon by anyone or any entity, the only way to fight for free speech is to condemn censorship when we see it — especially when it’s incredibly clear and obvious.

Griffin’s situation is such a case.

The expression in question was clearly political speech. (Again, whether you thought it was tasteless or not is irrelevant.)

Griffin was fired by one employer, CNN — her highest profile gig — for something she did far away from CNN. This is blacklisting at its most McCarthyist, and must not be tolerated.

Citing Griffin’s Senator and former comic Al Franken said her “real, fulsome apology” means that, eventually, she may be able to recover from the Trump flap. A society in which a long-time professional comedian could be destroyed by one flop of a joke is not one that ought to be lecturing other countries about how it values freedom of speech.

Finally, Trump has this sort of satire coming. I’m not going to recite the President’s litany of disgusting statements and remarks about women, overweight people, Mexicans, and so on. The man is a colossal asshole. Instead let’s address the quaint notion that images of presidents and gruesome death shouldn’t mix.

Like his predecessors, Trump routinely orders airstrikes and drone strikes against countless innocent people. He has already murdered hundreds, possibly thousands, of people in the Middle East and South Asia. Shouldn’t we fire this guy, who actually causes real people to lose their real, actual bloodied heads, instead of Kathy Griffin? 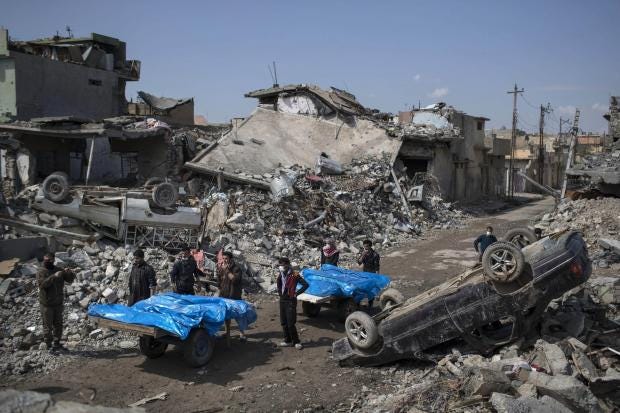