SYNDICATED COLUMN: Why Useless Impotent Democrats Will Not Lift a Finger to Fight Trump 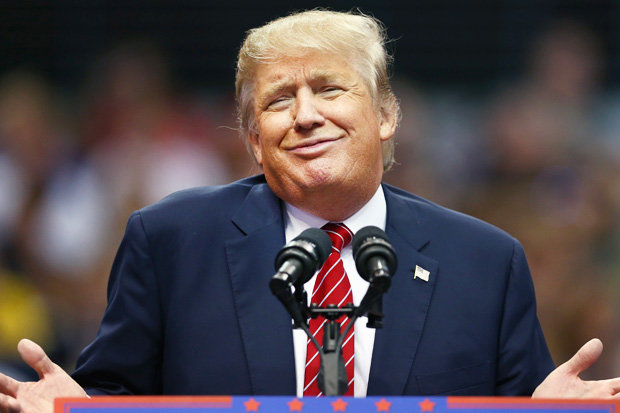 “There’s no savior out there.” That’s a line from “Lord’s Prayer,” a song written by TV Smith for the Lords of the New Church, a band that trafficked in 1980s melodic punk. Here’s some more:

“There ain’t no savior out there

Your stairway to heaven leads nowhere

Don’t look to me for emancipation

You are your only salvation.”

That’s my message to Americans who want to resist Donald Trump and his works — or more precisely the policies of the most right-wing cabinet in American history. Waiting for divine intervention is lunacy. If you’re serious about slowing down the Pencites, you’d better get ready to take them on yourselves.

You sure won’t be able to count on the Democratic Party.

Take Trump’s cabinet nominees — please! In the old days, Democrats would only have needed 40 senate seats to filibuster a would-be attorney general accused of racism, an energy secretary who forgot the name of his own department and a sitting CEO of ExxonMobil as secretary of state.

Unfortunately for the republic, then-majority leader Harry Reid was such a fool that he thought Democrats would never lose another election. So, in a fit of staggering ahistoricity, he eliminated the filibuster for most nominees in 2013. As a result Trump will probably get all his picks, perhaps minus Jeff Sessions because he’s widely disliked by his colleagues.

OK, so unless you’re a character in the too generously reviewed movie “Arrival,” what’s past is past, no do-overs. But Democrats don’t seem to have much appetite for anti-Trump combat even when you consider their new self-imposed limits.

Democrats’ approach to policy is likely to boil down to “let the Republicans do what they want, then take the blame when they overreach.” They may even let the GOP repeal the Affordable Care Act, the Obama Administration’s sole major policy achievement. “Republicans are about to learn that there’s a big difference between being against something and being for something,” said Steve Israel (D-New York). “They’ve already stumbled out of the gate, and we should let them continue to stumble.” Unasked: How many Americans will die for a tactic?

On the nominees, look for bureaucratic foot-dragging of approvals with procedural votes and other stalling tactics. “I don’t want to needlessly prevent President Trump from being successful,” Senator Chris Coons (D-Delaware) told The Politico. “But accelerating the confirmation of unacceptable candidates who have views that are outside the mainstream is not constructive.” In the end, though, those unacceptable candidates will get their gigs.

Dems even plan to try to find common ground on rebuilding infrastructure — an admirable goal that I’ve pushed for years. But Trumpism is already so extreme that Democrats ought to ask themselves whether they’re missing the fuhrer for the trees: is it possible to get behind an autobahn without endorsing the tyrant who builds it?

If they really wanted to mount a resistance to Trump, Congressional Democrats could do so with considerably more vigor.

Notably, any single senator can place a personal “hold” on a nominee or bill. There’s no time limit or limit on the number of holds. In 2008, for example, Tom Coburn (R-Oklahoma) placed a hold against a funding bill for 12 federal programs. A hold only goes away one of two ways: the senator lifts it, or 60% of the Senate votes against it. Democrats could use the hold to replace the filibuster Reid got rid of.

But there’s no reason to believe Democrats will put up a serious fight against the Trumpists. “In the end, a hybrid strategy might make the most sense for Democrats — use Trump and the GOP as a foil and slow them where they can — while seeking to pick one or two areas where his aspirations coincide with their values,” CNN muses. “A las Barricadas!” this is not.

Democratic impotence is nothing new; since the 1970s leaders have pushed the party’s ideology to the right while abandoning every pretense of resistance to the expansion of the corporate gangster capitalism that grinds up working and middle-class people’s hopes and aspirations. Now that Trump is about to impose an especially right-wing (here’s another punk reference, to The Clash) clampdown on ordinary Americans, the Democratic Party will lie completely exposed in the full glory of its uselessness.

Screw the Dems. You are your only salvation.