Joe Biden is running a presidential campaign predicated on the assumption that there is a middle ground between two extreme sides on every issue. Truth is, the mood of the electorate is binary on a lot of things and are they really wrong? It’s not like you can save just half the planet.

SYNDICATED COLUMN: Michael Wolff’s Book Shows Hillary Clinton was an Even Crappier Candidate Than We Thought 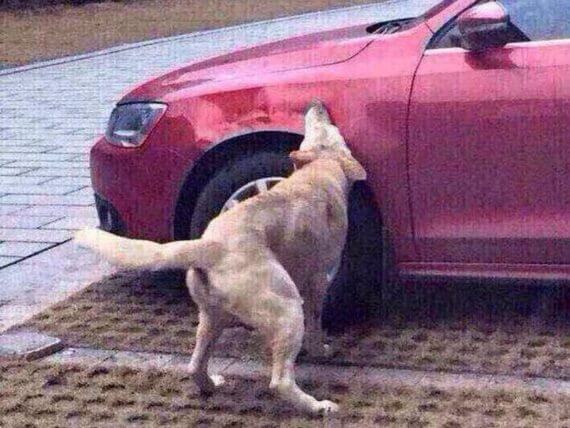 I’ve been saying, for over a year, that Donald Trump is a dog who caught a car: he wanted to run for president, not be president.

“Shortly after 8 p.m. on Election Night, when the unexpected trend — Trump might actually win — seemed confirmed, Don Jr. told a friend that his father, or DJT, as he calls him, looked as if he had seen a ghost. Melania was in tears — and not of joy,” writes Michael Wolff in an excerpt from his book “Fire and Fury: Inside the Trump White House. There was, in the space of little more than an hour, in Steve Bannon’s not unamused observation, a befuddled Trump morphing into a disbelieving Trump and then into a horrified Trump.”

The celebrity real estate magnate has stopped worrying. Long forgotten are his reluctant move to D.C., his fantasies of governing from his brass-trimmed Manhattan aerie. He has learned to love love love the bully pulpit. The presidency even comes with the ultimate Christmas gift for the megalomaniacal narcissist in your life: the power of life and death over humans, animals and plants!

Wolff’s revelation by way of Steve Bannon is worth reflecting upon for two reasons.

First is another first.

Trump may be America’s first certifiably insane president. He is probably the most ignorant — and we’ve had some doozies. He is certainly the first without any political or high-level military experience whatsoever. What we now know is at least as remarkable as those bulletpoints: Trump is effectively the first president drafted into the position.

Vice presidents have been elevated to the Oval Office unexpectedly. But the possibility of winding up behind the big desk was always on their minds. They were political creatures.

If Wolff and Bannon are to be believed — and so far, there is no reason not to — Trump didn’t want the job. His team wanted him to lose. “Once he lost, Trump would be both insanely famous and a martyr to Crooked Hillary,” Wolff writes. “His daughter Ivanka and son-in-law Jared would be international celebrities. Steve Bannon would become the de facto head of the tea-party movement. Kellyanne Conway would be a cable-news star. Melania Trump, who had been assured by her husband that he wouldn’t become president, could return to inconspicuously lunching. Losing would work out for everybody. Losing was winning.”

Wanting to lose explains Trump’s refusal to contribute to his own run. It explains his barebones campaign, with its weird lack of field offices, his sleepy national HQ and his cheapskate approach to TV ads. The dude ran for president yet refused to spend the night in a hotel room.

The voters insisted upon Trump.

It’s difficult for Democrats to hear, but it’s true.

Republicans voted for Trump because Republican voters always vote Republican. But it was the swing voters who put him over the top. They voted for Trump despite his crazy rhetoric, his violent rallies and his incoherent promises. They were determined to howl their ballotbox cris de coeur. After decades of NAFTA and outsourcing and Rust Beltification and H1-B visas for foreigners while American tech workers can’t find work, they demanded to be heard. They did that by voting for Trump.

Trump isn’t merely devoted to his base. He is beholden to them. They put him in the White House even though he didn’t want to go.

The second takeaway here is that Hillary was an even worse candidate than her biggest detractors (cough cough) believed. Ruminate on this: she lost to a man who tried to lose.

A man with no experience.

You may be asking yourself here, why keep bashing Hillary? Why not leave her alone and move on?

Because Clinton won’t leave us alone. Because Clintonism, centrism, Third Wayism, DLCism are still running the Democratic Party. Because her corporate neoliberal BS was discredited at the polls yet the party bosses and Dem-aligned media outlets keep shoving it down voters’ throats. Because progressivism and socialism are more popular but can’t get any air until a big sharp stake is driven through the undead heart of soulless centrism once and for all (I’m looking at you, Tim Kaine and Kamala Harris.)

So think on that a while. Hillary Clinton was so sucky that she lost to the suckiest, stupidest, losingest candidate anyone ever dreamed of.