Supreme Court to Progressives: Wake Up 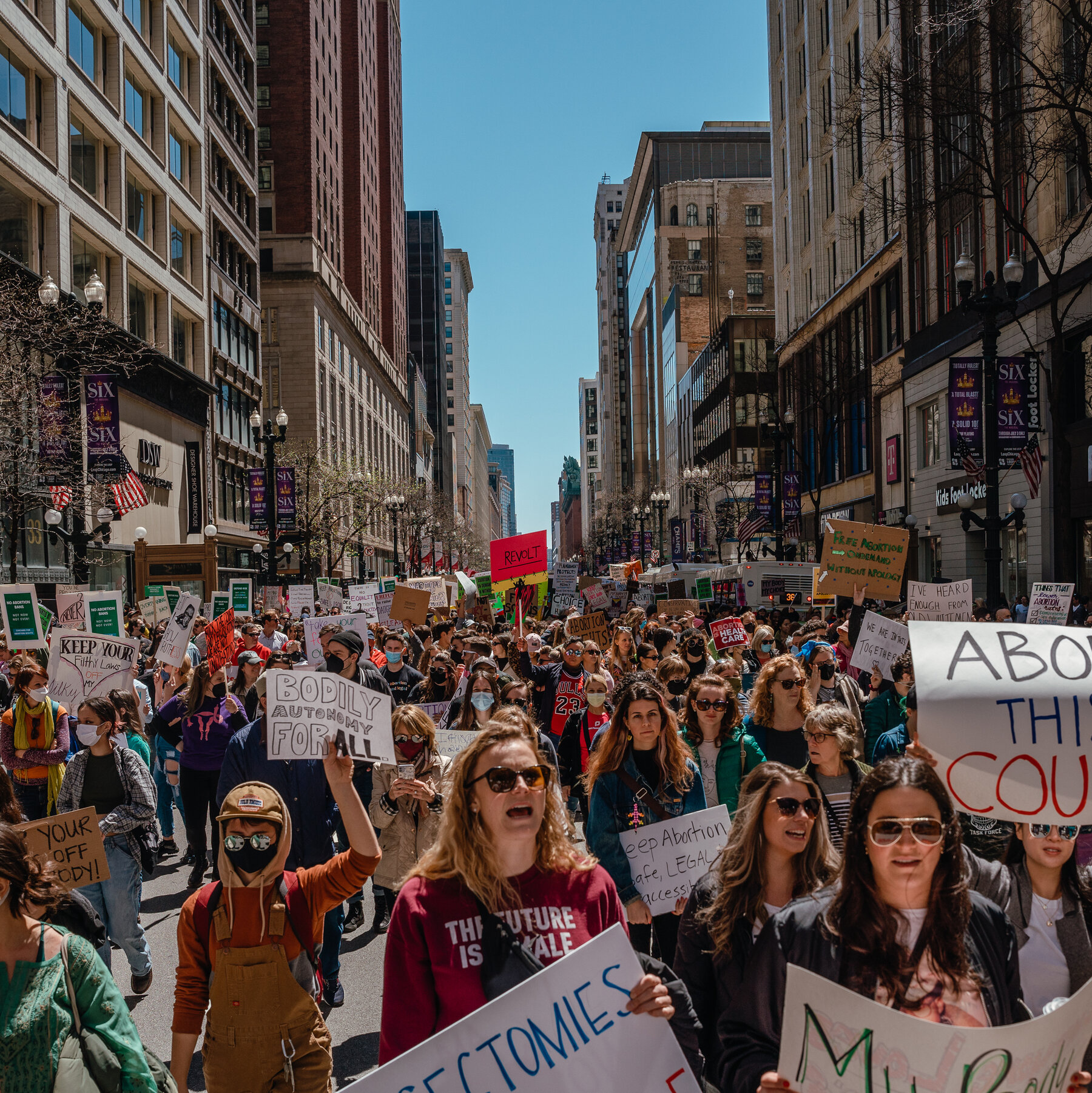 The Supreme Court just sent us a wake-up call. Pro-reality Americans, i.e. the 40% of voters to the left of the Democratic Party, should be grateful.

A freedom essential to half the population never should have hinged upon a flimsy and poorly-reasoned legal opinion. Congress should have followed the example of other countries where abortion is legal, and passed a federal law decades ago. Instead, neither party acted on behalf of women. (And let’s not forget men—many of them want/need their partners to have abortions.)

Democrats are not the answer. They had the chance to codify abortion in 2009, when they had a 60-vote supermajority in the Senate and control of the House. Then-President Barack Obama chose not to lift a finger. “Not the highest legislative priority,” Obama sneered as he focused on what he cared about, doling out trillions to Wall Street megabanks. Instead he channeled his inner laissez-faire Republican, urging Americans to “reduce the number of unwanted pregnancies.” Women should despise him and the do-nothing Democrats.

The overturning of Roe v. Wade shines a spotlight on other rights that rest upon the shaky foundation of a Supreme Court decision: men’s right to have sex with one another, same-sex marriage, marriage between different races, parental rights over child-rearing and the sale of contraceptives. This is no way to run a government.

Whether or not the right-wing majority of the Supreme Court is mean and stupid is less important than fundamental truth that has been revealed: the separation of powers is broken.

When something is important, there oughta be a law.

When a majority of voters arrive at a societal consensus on an issue like those mentioned above, a functional political system responds with a corresponding law negotiated and passed by a legislature. The U.S., however, is too riddled with partisan dysfunction and corrupted by corporate lobbyists to effectively address advances in culture and technology. Thus Congress can’t or won’t accommodate the 7 out of 10 Americans who want a European-style national healthcare system and higher taxes on the rich or the 56% who want to slash Pentagon spending.

Because Congress is impotent, the highest court of the judicial branch has been stepping in to legislate from the bench rather than limit itself to its intended role as arbiter of conflicts between laws and the constitution.

Americans have accepted the bastardization of the separation of powers because the result tended to respect popular opinion. In 2015 when the Supremes legalized same-sex marriage, for example, 57% of voters agreed. (Now it’s 71%.)

Not any more. The rightward shift of the court following Trump’s three appointees, embodied by polls that show voters wanted to keep Roe by a two-to-one margin, and that New Yorkers were 80% in favor of the SCOTUS-overturned state gun law, have exposed the limits of expediency over ordered governance.  “Up until a couple years ago, it used to be the case that where the court fell was well within the lines of the average Americans’ positions,” notes Harvard public policy Professor Maya Sen. “Now we are estimating that the court falls more squarely in line with the average Republican, not the average American.”

Short of revolution—which I favor—those who wish to see American laws represent current American political and social values have one way forward. Forget the courts. Voters must force legislators to legislate and the president to sign popular bills into law.

The majority isn’t always right. Sometimes politicians should lead the people before they’re quite ready. In general, however, a representative democracy that ignores the will of the people is a failure.

Americans who support a woman’s right to choose an abortion — all women, not just those privileged enough to live in a blue state or those in red states with enough money for travel expenses—face a choice.

They can embark on something this country hasn’t seen since the 1960s with the brief exception of the 2021 Black Lives Matter demonstrations, which were unusually intense and effective because they were fueled  by the COVID lockdown: a sustained campaign of angry agitation. We need a relentless round of street protests. Economic and cultural boycotts should turn red states into backwater pariahs. Voters can exert financial pressure via contributions that makes congressmen and senators on the wrong side of history and public opinion miserable enough to support a federal law legalizing abortion whether they like it or not. Republicans are obvious targets because Democrats need at least 10 GOP senators to federalize abortion rights. Democrats who aren’t fierce allies of choice (hello, Manchin) should be primaried out or face voter boycotts. Protests should erupt in every city, every day, loud and disruptive and terrifying to the powers that be.

Or pro-choicers can bemoan the HandmaidTale-ification of America, attend one or two photogenic parades on a conveniently-scheduled Sunday afternoon and recite ridiculous fantasies about packing the Supreme Court (you’d need a 60-vote supermajority) or hoping that its conservative members die under Democratic rule. Meanwhile, Southern women will have to drive a thousand miles to terminate a pregnancy

Roe was unsustainable. The liberal court was never going to last. Now that the bubble has burst, don’t whine. It’s time to organize.