Democratic Moderates Aren’t the Answer to Right-Wing Republicanism. They’re the Cause. 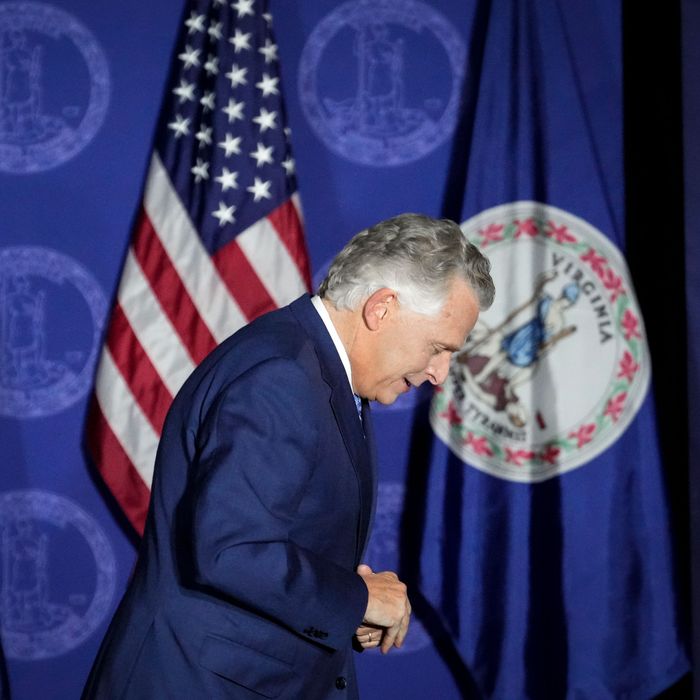 Another election, another shellacking. Democrats are returning to the political reality that predated the quantum singularity of Biden’s anti-Trump coalition: adrift, ideologically divided and, as always, arguing over whether to chase swing voters or work hard to energize their progressive left base.

At the root of the Democrats’ problem is rightward drift. The 50-yard line of American politics has moved so far right that Richard Nixon would be considered a liberal Democrat today. How did we get here? In part it’s due to the moderates who control the party leadership—not just because they don’t fight for liberal values hard enough (though that’s true), but because of an intended consequence few people focus upon: their campaigning reinforces the right.

Washington Post columnist Megan McArdle wrote an essay a few weeks ago that’s still rattling around in my brain. It’s about a topic that students of politics often wonder about: what’s the smartest way forward for Democrats?

In general terms, McArdle takes up the mantle of the dominant moderates who argue that the party can’t push for progressive policies, or push for anything at all, unless it holds the reins of power. Win first, improve people’s lives later.

It’s an old position. I’ve countered the wait-for-progress folks by pointing out that later rarely seems to come. When Democrats win, as Barack Obama did in 2009—he won the House and the Senate and even briefly achieved a filibuster-proof 60-vote supermajority—they choose not to go big or push hard for purported liberal goals like increasing the minimum wage, federally legalizing abortion or socializing healthcare. I agree with progressive strategist Anat Shenker-Osorio’s answer to the attentistes: “The job of a good message isn’t to say what’s popular but to make popular what needs to be said.”

In other words, use the bully pulpit. Lead.

Still, I’ve never read or heard the mainstream position articulated quite as clearly as McArdle does. She quotes self-described progressive election analyst David Shor. “To me, Shor’s vision — sort your ideas by popularity, then ‘Start at the top, and work your way down to find something that excites people’ — sounds less inspiring but more likely to help Democrats get and hold power,” McArdle summarizes. “It doesn’t require Democrats to persuade voters that, say, an Asian-American assistant professor has exactly the same interests as a rural, White call-center worker or a Hispanic plumber and that only a conspiracy of the very rich prevents them from realizing it. Democrats merely have to learn what voters already want.”

She attacks “the young idealists who staff campaigns and newsrooms” who “sustain a rarefied bubble where divisive slogans such as ‘defund the police’ can be questioned only with great delicacy, while significantly more popular propositions like ‘use the military to help police quell riots’ cannot be defended at all.” Pointing out that only a third of American voters have a bachelor’s degree, she concludes: “Democrats cannot afford to cater only to that hyper-educated class [of young, urban, educated idealists].”

Leftists can easily agree that ignoring less-educated voters is a prescription for electoral defeat. More importantly, everyone deserves representation—for the Left, “everyone” especially includes the poor and working-class, who are less likely to be highly educated. But her assumption that (for lack of a better word) the underclasses are inherently reactionary, cannot be organized behind a slate of progressive policy goals, and that this state of affairs must be accepted is fundamentally flawed and ideologically self-sabotaging.

We think of pre-election campaigning, the election and post-election governing as discrete phases. Actually, they’re highly intertwined. For example, political campaigning is itself a self-reinforcing mechanism that affects not merely a race’s outcome but the ideological reality under which the winner must govern.

Democrats, McArdle says, must win first before they can improve things. But what’s the point of winning if you go to make things worse?

The above presents a classic example of single-mindedly seeking Pyrrhic victory at the polls. If Democrats abandon “defend the police” in favor of “use the military to help police quell riots” as per McArdle’s counsel, they might win more elections. But to what end? Victorious law-and-order Democrats will further militarize policing, increase shootings and beatings of civilians and hasten creeping authoritarianism. “Defund the police” is a tone-deaf slogan but the idea of shifting resources away from violence-based law enforcement into programs that reduce crime by strengthening communities is a good one. We need a better slogan, not armed goons on city streets.

Bill Clinton won twice but his signature legislation—welfare reform, NAFTA-GATT and the crime bill—were right-wing wish-list items that could have just as easily been signed into law by George W. Bush. With Democrats like that, who needs Republicans?

You can win with a political bait-and-switch. Joe Biden did. He ran as Not Trump, the ultimate centrist compromiser who bragged that he was friends with every Republican senator, even the racist ones. But you can’t govern after you pull one off. Biden’s attempt to pass infrastructure and social spending bills are being shredded by centrists who point out that he didn’t run on policies inspired by Bernie Sanders. I love those policies. But where’s the electoral mandate for these changes?

More subtly but I think more importantly, running right is a lose-lose proposition. If you win, you can’t pass the progressive agenda you claim to really want. If you lose, you’ve validated and endorsed hardline Republicans. Win or lose, polls should provide prompts for smarter messaging and framing, not selling out. A party that claims to represent the left has to run to the left.