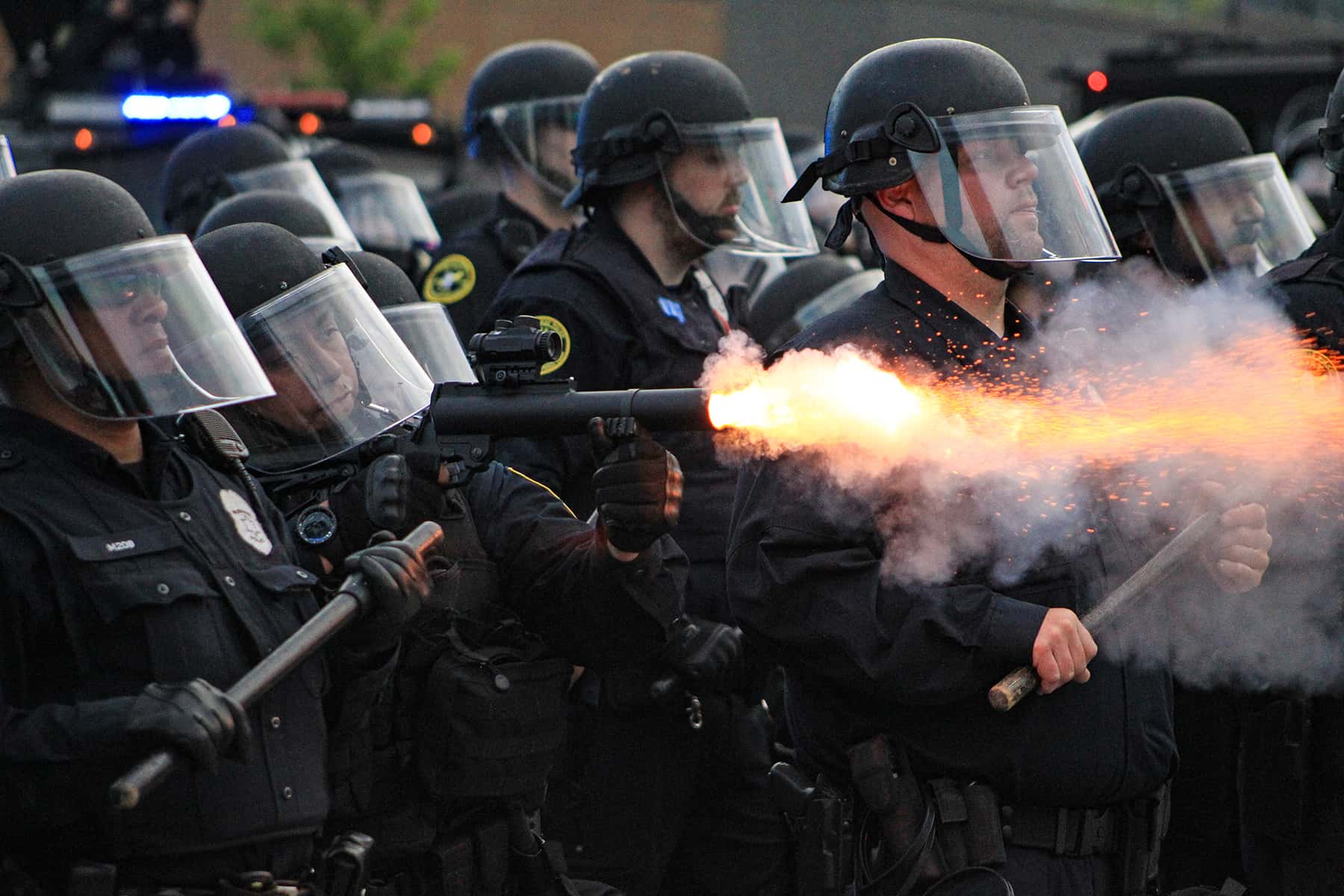 Journalism needs a new rule. Are you reporting about a human rights violation in another country? If the United States commits the same offense, you should be required to refer to that fact in your article or broadcast.

Criticizing how a nation treats its prisoners or responds to internal dissent implies that the behavior being discussed falls outside international norms. If your own country does the same thing and you don’t mention it, your lie of omission strips your story of context.

There have been many examples of such journalistic malfeasance in coverage of the Taliban since their takeover of Afghanistan.

“Taliban fighters used whips and sticks against a group of women protesting in Kabul,” CNN reported September 9th. “The fighters also beat a number of journalists covering the demonstration, according to witnesses.”

This is terrible. Violent suppression of peaceful protests should be covered and widely circulated, as was this story—although it’s hardly surprising that a brand-new revolutionary government might not be terribly tolerant of criticism less than two weeks after seizing power. The same goes for the brutal mistreatment of reporters.

Compared with the terrifying arsenal of devices wielded by the police and other officials against peaceful marchers who dare to protest the policies of the two-centuries-old United States of America, those Afghan women got off easy. Weapons deployed by U.S. authorities against peaceful Black Lives Matters marchers include pepper spray, pepper balls, blast balls, paintballs, tear gas, sting-ball and flashbang grenades, sponge rounds, rubber and wooden bullets and beanbag rounds, tasers, and Long Range Acoustic Devices (LRADs), a.k.a. sound cannons.

“Horrible, nauseating pain hit my body,” journalist Cory Choy, who was covering the 2014 BLM protests when he was attacked by a sonic weapon deployed by the NYPD, told Popular Mechanics,“and then I realized it was sound. At first you just think, ‘What’s happening to me?’ Your body goes into complete pain and panic mode. It’s the sound equivalent of looking into the sun.”

In 2020 Buffalo police gratuitously shoved a 75-year-old attending a BLM protest to the ground, leaving the man unconscious and bleeding from his ear, without calling an ambulance. That same year mounted police in Houston used horses to trample demonstrators. I would rather face sticks and whips than a weaponized horse.

The fact that American cops treat protesters more viciously and more violently than the Taliban in no way excuses the brutality of the Taliban. But news consumers need and deserve context. In this example, beatings of the Kabuli women should probably have run under the headline “Compared to Americans, Taliban Response to Protests is Restrained.”

Western media outlets responded with similarly context-free outrage to the Taliban’s announcement that demonstrators would have to apply for a permit before they were allowed to protest on streets in Afghanistan. “The interior ministry of the new Taliban government is seeking to end protests in Afghanistan after days of demonstrations that have brought heavy-handed assaults on protesters,” reported the Associated Press. But their lede was belied by the second sentence of their coverage: “The minister has issued an order to end all protests in the country—unless demonstrators get prior permission, including approval of slogans and banners.” You can protest. But you need permission.

Which is appalling. The right to peacefully petition the government over grievances goes back thousands of years and has been honored by absolute monarchs. No one, anywhere, should have to apply for a protest permit.

As everyone who has ever been involved in street activism knows, however, Americans do not enjoy significantly more rights than the people of Afghanistan when they decide to pick up signs and march down a public street. Like the Taliban, American cops require that you file for a protest permit. If you ignore the requirement, they crush you like a bug.

Philadelphia, cradle of American liberty, requires a protest permit for any gathering involving more than 75 people. These rules are commonplace throughout the United States, as are the notorious “free speech zones” that place demonstrators so far away from the targets of their complaints that they had might as well be on the moon.

Perhaps someday outrage over oppression in places like Afghanistan will prompt Americans to take note of, and do something about, suppression of dissent here at home.