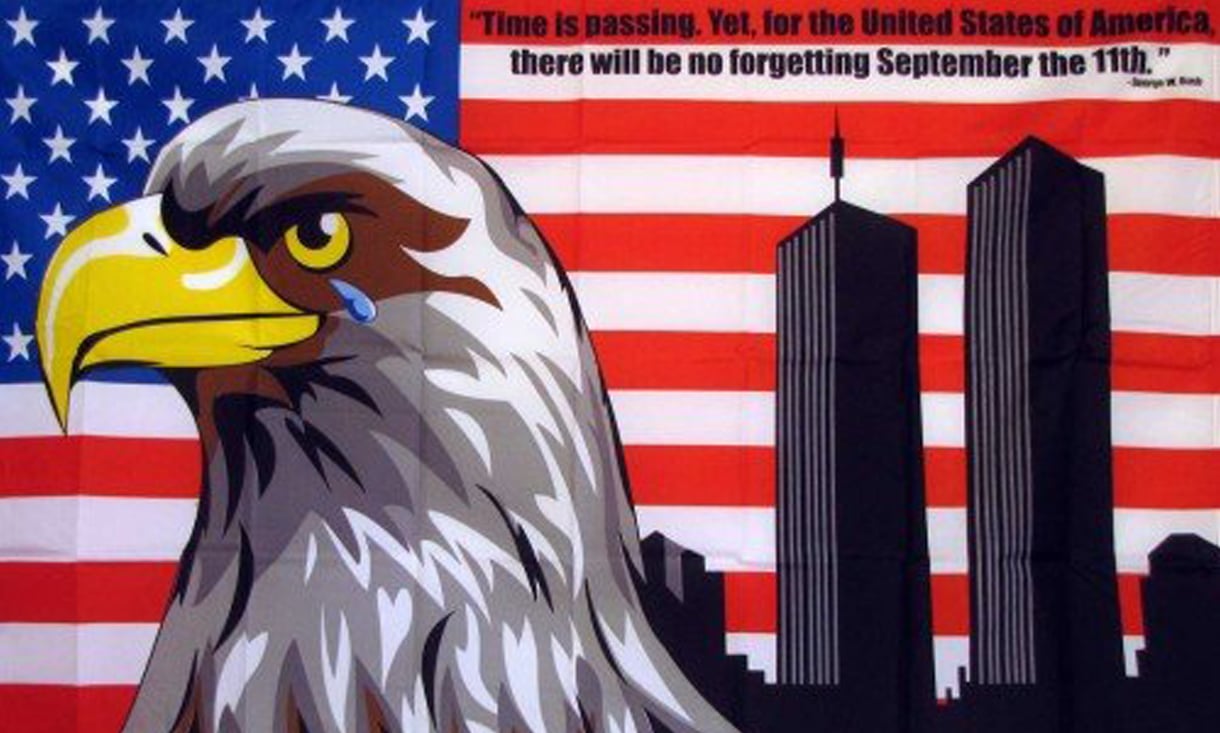 If crisis creates opportunity, we couldn’t possibly have squandered the possibilities presented by 9/11 more spectacularly. We certainly couldn’t have failed its tests more completely. Twenty years after 9/11, it is clear that the United States is ruled by idiots and that we, the people, are complicit with their moronic behavior.

We had to do something. That was and remains the generic explanation for what we did in response to 9/11—invading Afghanistan and Iraq, directing the CIA to covertly overthrow the governments of Haiti, Venezuela, Belarus, Ukraine, Kyrgyzstan and a bunch of other countries, lamely legalizing torture, kidnapping via extraordinary rendition to Guantánamo and other concentration camps, building a drone armada and sparking a drone arms race.

Acting purely on speculation, news media was reporting as early as the afternoon of September 11 that Al Qaeda was responsible. That same day, Vice President Dick Cheney argued for invading Iraq. We began bombing Afghanistan October 7, less than a month later, without evidence that Afghanistan was guilty. A week later, the Taliban offered to turn over bin Laden; Bush refused. Before you act, you think. We didn’t.

What should we have done—after giving it a good think?

A smart people led by a good president would have had three priorities: bring the perpetrators to justice, punish any nation-states that were involved, and reduce the chances of future terrorist attacks.

The 19 hijackers were suicides, but plotters like Al Qaeda’s Khalid Sheikh Mohammed, who lived in Pakistan, were not. Since we have an extradition treaty with Pakistan, we could have asked Pakistani authorities to arrest him and send him to face trial in the U.S. or at the international war crimes tribunal at The Hague. Instead, we kidnapped him to CIA “dark sites” including Gitmo and subjected him to waterboarding 266 times. Because of this and other torture, as well as his illegal detention in violation of habeas corpus, KSM can’t face trial in a real, i.e. civilian, court. Not only will 9/11 families never see justice carried out, we’ve managed to turn KSM into a victim, just as he wanted.

Evidence linking top Saudi Arabian officials to 9/11 has been scarce. But 15 of the 19 hijackers were Saudi, several are reported to have met with mid-level Saudi intelligence agents before the attacks, and, most notably, Saudi Arabia exports its radical brand of Sunni Islam, Wahhabism, all over the world. The Taliban and Al Qaeda initially recruited many of their members from Wahhabi madrassas financed by the Saudis in Pakistan and Central Asia.

Occupying Saudi Arabia, the world’s biggest exporter of Islamic extremism and global terrorism, would have done a lot to reduce the threat of another 9/11. But the most effective way to make us less of a target is to make the rest of the world look upon us with favor. Some people will always hate us. That’s inevitable. Our goal should be to reduce their number to as close to zero as humanly possible.

We can’t eliminate anti-Americanism by killing its adherents. We’ve been trying to do that for 20 years using drones and missile strikes; all we’ve accomplished is killing a lot of innocent people and making the rest of the world look at us with disgust and contempt. You kill anti-Americanism by treating people everywhere with respect and kindness. That includes those we suspect of doing us harm.

Unfortunately for us and the world, we learned nothing from 9/11. Not even losing Afghanistan back to the Taliban in the most humiliating U.S. defeat since Vietnam, having nothing to show for 20 years of war, has taught us a thing. We’re still a hammer that sees everything as a nail, a blunt, stupid people whose idea of a plan is to keep indiscriminately bombing innocent civilians.