What You Do after Work Shouldn’t Cost You Your Job 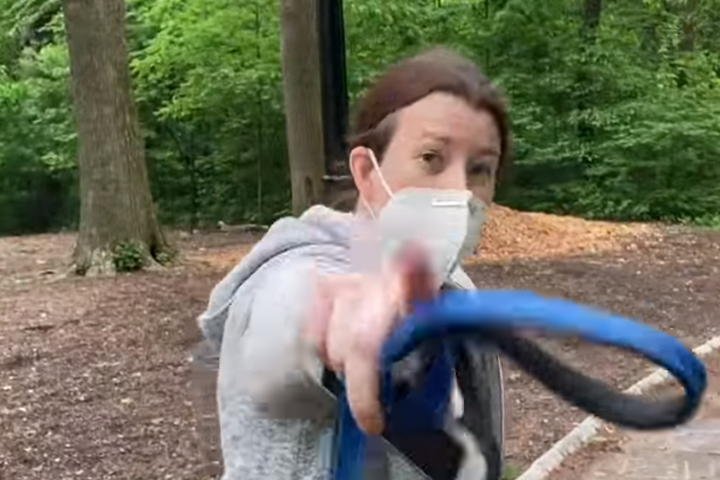 The Central Park Karen is suing her former employer for firing her.

I hope she wins. Karening is gross. But it’s not your boss’ business.

Amy Cooper became the object of an Internet two-minutes hate last year when she called 911 on a Black birdwatcher who asked her to leash her dog per the rules and told the police he was threatening her and her dog. Unfortunately for her, the guy’s cellphone video showed no such thing.

The viral video was viewed more than 45 million times. Cooper was internationally shamed as an emblematic wielder of white privilege used to oppress people of color. The shelter from which she adopted her Cocker Spaniel two years earlier took the animal away. She was charged with filing a false police report, a misdemeanor. She eventually got her dog back and the charges were later dropped after she completed racial-sensitivity training. The birder, Christian Cooper (no relation), declined to cooperate with the DA’s investigation.

Amy apologized the day after her confrontation. “I don’t know if her life needed to be torn apart,” Christian explained about his decision not to help the DA, saying he released the video to make a broader point about white society’s scaremongering about Blacks rather than Amy specifically. Yet Franklin Templeton Investments, where she had been a head of insurance portfolio management, decided to do just that, joining the pile-on in an epic display of corporate cowardice. “We do not tolerate racism of any kind at Franklin Templeton,” the company tweeted.

You don’t have to approve of Amy Cooper’s Karen act, or consider the nuances of her exchange with Christian (“I’m going to do what I want, but you’re not going to like it,” he told her, which might well freak out a nicer person than Amy) to see the danger in allowing employers to become judge, jury and executioner for her conduct, which occurred outside work and was unrelated to her duties for Franklin Templeton.

Executioner is no exaggeration. A certain rabid segment of woke America believes that those who misbehave ought not to be allowed to hold a job and thus not be able to feed themselves or their children. Let them die.

Speech, they say—and behavior—have consequences. Indeed they do. And it did for Amy Cooper. Her 911 call got her banned from Central Park and publicly shamed. For several weeks she worried that she might never see her dog again. The legal system considered her crime, deemed prosecution unlikely to succeed and settled for reeducation. The appropriate venue for sanctions, if any, is the justice system, not the workplace. Firing her was inappropriate. It ought to be illegal.

It is easy to imagine a case in which conduct off the job becomes fair cause for workplace cancel culture. Because the Associated Press had known and approved of news associate Emily Wilder’s online activism criticizing Israel’s treatment of the Palestinians before hiring her, they should not have fired her two weeks after she began in response to a write-in campaign by pro-Israeli Republicans. However, if the AP had not been aware of her stance and she had been assigned to cover the Middle East, a clear conflict of interest would have made it impossible for her to report credibly. In that theoretical situation, the AP should have reassigned her to a beat where she could be perceived as objective, or let her go.

All too frequently, workers are canceled by their bosses for engaging in speech that has no bearing on their job. A Berkeley, California restaurant fired one of its employees because he attended the 2017 Unite the Right rally in Charlottesville. “The actions of those in Charlottesville are not supported by Top Dog,” read a sign on the hot-dog joint’s door. “We believe in individual freedom and voluntary association for everyone.” Unless you’re a white supremacist. Then you’re supposed to be unemployed and homeless.

Bet that made the guy less racist.

The January 6th Capitol Hill riot prompted another surge of amateur detectives matching attendees to workplaces with the goal of getting them fired. An insurance company lawyer from Texas, an adjunct professor from Pennsylvania and a Chicago real estate agent were among many who joined the ranks of the jobless after their presence at the pro-Trump protest was unmasked.

Liberals have also been victims of livelihood cancellation. In 2004 Lynne Gobbell was famously fired by Enviromate, a company that made housing insulation, for driving to work with a John Kerry bumpersticker on her car. Because employment is at-will, neither Gobbell nor the right-wingers who have been canned over their politics had redress to the courts.

If the racist hot-dog vendor and the rest broke a law (rioting, trespassing, etc.), let the authorities file charges. If the hot-dog guy insults customers due to their race while at work, fire him. Except for egregious conflict cases—the Catholic Church shouldn’t have to keep you on the payroll if you blog that God doesn’t exist—employers should stay out of their workers’ outside-work activities. Free speech means nothing if you have to worry about losing your job, your health insurance and your home every time you open your mouth, carry a sign or say something on social media.