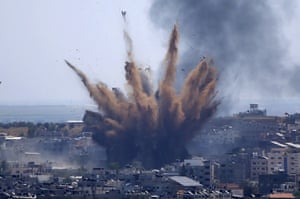 Riding in the back of a truck into Afghanistan during the 2001 U.S. invasion, a journalist colleague from Russia who served in the Red Army during the 1980s asseverated that he was happy to be back in country. “Because this time,” he said, swinging his hands to indicate the swarms of refugees, bombed-out villages and nearby artillery fire, “all this shit belongs to you.” He pointed at me, the American. I looked around and immediately drew the obvious conclusion: we should get the hell out of Afghanistan.

That was 20 years ago. We were just getting in. But us being us—trying to win hearts and minds with corrupt proxies—and the Afghans being the Afghans—only able to agree on one thing, their intolerance of foreign domination—humiliating defeat and withdrawal were inevitable from the start.

It would be impossible to overstate the advantages of not doing something, of not playing any role, of standing aside and allowing a situation to evolve or devolve without any involvement on your part. Like in the movie “War Games,” you win by doing nothing.

This is a lesson that American foreign policy makers need to internalize more than any other. So do American voters, constantly tricked into lesser-of-two-evils conundra. We don’t have to vote for either lousy candidate. We don’t have to get involved in other countries’ politics or their wars. When all the options in a given situation stink to high heaven, the morally-correct choice is to sit on your hands and let someone else wallow in the morass.

The latest ebullition of violence between Israel and Palestine makes the case for isolationism. Militant right-wing Jewish settlers encouraged and protected by the government of corrupt Prime Minister Benjamin Netanyahu are trying to evict hundreds of Palestinian families from homes they have owned for decades in East Jerusalem, the Arab-dominated future capital of a Palestinian state if one is ever established. The settlers argue in court that the land in question was originally owned by a Jewish trust and should revert accordingly. However, as The New York Times notes, the apartheid regime treats people differently depending on their ethnicity: “Israeli law allows Jews to reclaim ownership of land they vacated in 1948, but denies Palestinians the right to reclaim the properties they fled from in the same war.”

The Israelis are brutalizing protesters and bombing Gaza; the Hamas government of Gaza is firing rockets into Israel. As usual, Israel is deploying disproportionately more violence: 67 Gazans and 7 Israelis have died so far.

The United States government sometimes pretends to be an “honest broker” in the Middle East crisis. Truth is, we have our fat thumbs on the scale and everyone knows it. The abyss between our yay-peace-and-democracy rhetoric and the reality of our foreign policy is a steaming pile of hypocrisy.

The U.S. turns a blind eye to Israeli violence and theft of Arab land, rarely lifting a finger to move toward a two-state solution while loudly decrying Arab violence against Israelis. The U.S. sends $4 billion a year to Israel—enough to give free healthcare to 1.4 million Americans if we wanted to. Joe Biden recently restored $235 million in assistance to the Palestinian Authority that had been cut off by Trump—less than one-sixteenth of the package to Israel.

When the Israeli Air Force bombs apartment buildings full of civilians in densely-populated Gaza City, Palestinians get blown to bits using guided bombs and missiles fired from F-16s and F-35s made in Texas and California. The IDF targets street demonstrators in the West Bank with teargas canisters and stun grenades fired from launchers manufactured by a company based in Pennsylvania.

Israel’s mayhem is brought to you by America. Few Americans are aware of that. But Palestinians and Muslims around the world are.

Even if you support the existence of the Jewish state, and even if you think the Boycott, Divestment, Sanctions (BDS) movement against Israel goes too far, you should be able to view ending U.S. military aid to Israel (without boycotts or other sanctions) as a moral imperative. It would also be a smart foreign policy choice that would reduce global anti-Americanism as well as the chances of a future 9/11-type terrorist attack.

Contrary to Likud propaganda, cutting off military assistance would not create an imminent existential threat. Between the $85 billion of U.S. aid to Israel since 1949, its robust economy and closer ties to many of its Arab neighbors, there is little danger that this tiny, ferocious country would get pushed into the sea. And if that were to change, we could reevaluate the situation and resume funding—assuming Israel decided to try to make peace and were to cooperate with the establishment of a free and independent Palestine.

It is hardly surprising that Israel’s right-wing government cashes the blank check to do whatever the hell they feel like that we send them every year. The only way we can hold Israel accountable for repeated escalations, land grabs and ongoing brutality is to stop sending the gravy train. Will cutting off the cash change their behavior? Maybe. Whatever Israel decides to do on its own, however, it will do without our blessing and without our funding.

Often the best thing to do is nothing at all.