Destroy the Police in Order to Rebuild It 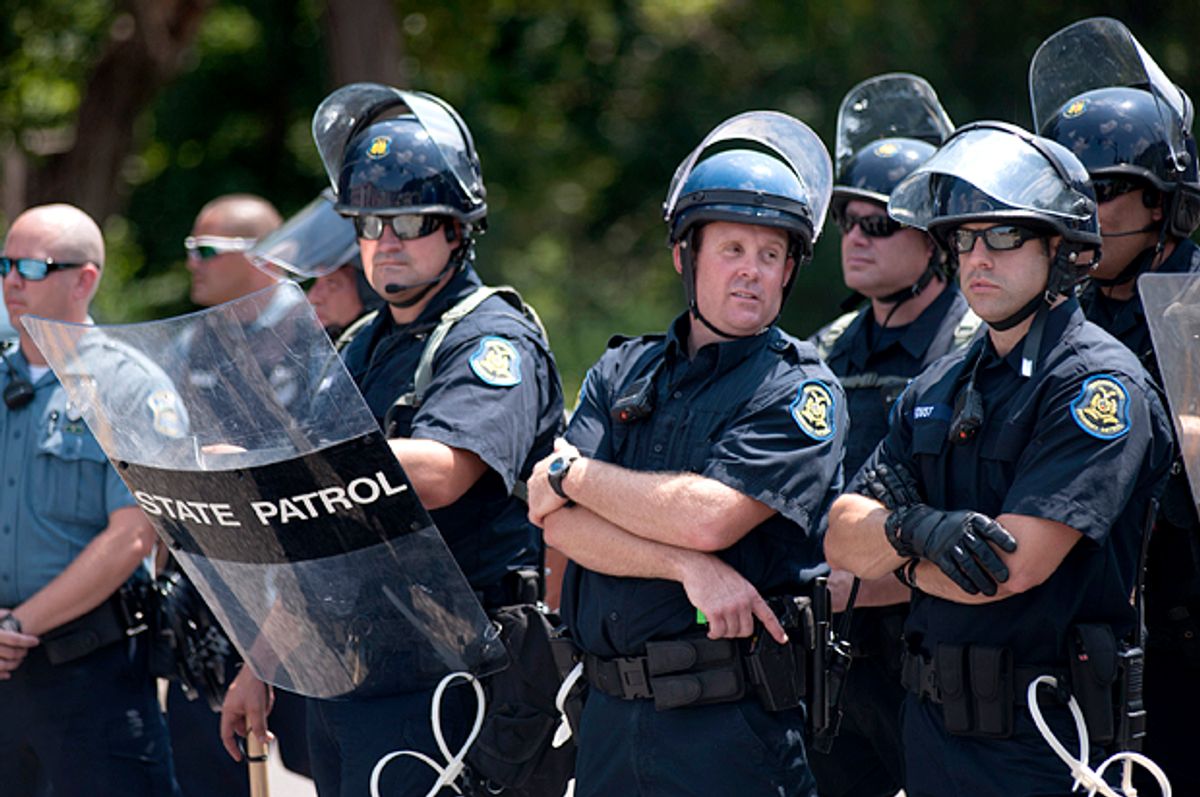 The killing of 20-year-old Daunte Wright by a Minnesota police officer during a traffic stop is the latest in a long line of high-profile shootings to have sparked widespread protests. As often occurs after these terrible incidents, politicians and editorial boards are floating ways to turn Robocop into Officer Friendly.

The trouble with mainstream proposals is that they would nip at the edges of a systemic problem, assuming that the cabal of powerful police unions were to allow their implementation. Nothing short of completely destroying existing police departments and their methods will fix policing that is authoritarian, predatory and violent to its core. We must radically reinvent the purpose, personnel and posture of police officers if Americans seriously want to free people of color (and everyone else) of the abject terror they feel each time flashing lights appear in their rearview mirror.

Many recent killings of Blacks by police followed stops or detentions over trivial matters. Brooklyn Center police said Wright was pulled over for an expired motor vehicle registration on his license plate; Wright told his mom the cop had an issue with an air freshener hanging from his mirror, a classic “pretextual stop” in which the police use a BS ordinance as an excuse to search for drugs or run plates for outstanding warrants.

The Texas state trooper whose arrest of Sandra Bland led to her death in jail three days later had a long history of zooming up behind cars so the driver would yield the lane and then writing them a ticket if the flustered motorist forgot to signal a lane change, as he did to Bland. George Floyd, whose videotaped asphyxiation under the knee of a Minneapolis police officer provoked outrage, was arrested after spending a counterfeit $20 bill. Eric Garner, the Staten Island man who famously cried “I can’t breathe” while being murdered by an NYPD officer in broad daylight, stood accused of the heinous crime of selling “loosie” individual cigarettes.

None of these alleged offenses are the kind of cops-and-robbers scenario we watch on TV or the exciting manhunt for a dangerous criminal that makes kids want to join the police. Which makes them typical. A generic interaction between the police and a citizen who pays his salary is a traffic stop. A traffic stop is an attempt by the cop to bring money to municipal coffers: a smog inspection sticker is out of date, a headlight isn’t working, the victim made a bad turn or is driving too fast.

You could, and cops do, argue that these are issues of public safety. If the authorities really wanted to deincentivize reckless behavior, however, a fine would not be the solution. After all, rich people don’t mind paying tickets. Failure to keep one’s car properly maintained or repeatedly exceeding the speed limit could be sanctioned by non-financial inducements such as suspending the offender’s license. Cops care about making cash, not keeping you safe. They are literally highway robbers.

If city officials need money, let them raise taxes. Policing should have nothing to do with revenue enhancement.

Whether the police resort to physical force ought to be directly connected to the level of violence of the suspected crime. Depriving the City of New York of tax revenue and local merchants of the opportunity to sell tobacco products was the most non-violent crime imaginable; if Eric Garner had walked away after being confronted by the police officer, the safety of New Yorkers wouldn’t have been negatively impacted in the least. The same was true about George Floyd’s counterfeit currency and Sandra Bland’s supposed failure to signal a lane change, as well as Walter Scott’s broken taillight. Scott, worried about a warrant for overdue child support, was shot to death by a South Carolina cop as he ran away. If these master criminals choose to flee, who cares?

The purpose of the police should be to protect the public from dangerous people and things, period. The only time they should pull out a Taser, a nightstick or a gun should be when they or another civilian faces imminent danger of serious bodily harm.

The police have become increasingly militarized, from command structures that copy the army down to calling their cops “troops” to accepting decommissioned military hardware from the Afghanistan and Iraq wars to recruiting one-fifth of their members from the ranks of ex-soldiers. The blurred line between units that occupy war zones overseas and patrol our neighborhoods should be sharply restored.

I would go further. Throw away the armored personnel carriers and bulletproof vests, yes, but also fire any cop who has been the subject of a civilian complaint about excessive use of force, whether or not their fig-leaf “internal affairs” division cleared them, and start from scratch. Police departments actively discriminate against applicants for being too smart, rejecting those whose IQs are “too high.” This is insane. Recruit liberal arts majors and intellectuals instead of lunkheads.

At many police academies rookies are taught that their number-one job is to come home alive to their families at the end of each shift. That mentality breeds cynicism, insularity and the willingness to resort to violence even when it’s counterproductive.

A good cop cares most about getting you home safe and sound.

(Ted Rall (Twitter: @tedrall), the political cartoonist, columnist and graphic novelist, is the author of the upcoming graphic novel about a journalist gone bad, “The Stringer.” Now available for pre-order. You can support Ted’s hard-hitting political cartoons and columns and see his work first by sponsoring his work on Patreon.)