Bernie Should Own the Socialist Label 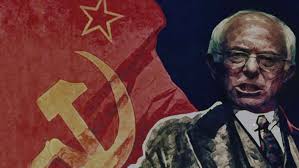 Bernie Sanders is currently the frontrunner for the Democratic presidential nomination. He and everyone else knows exactly how the Republicans will attack him if and when he becomes the nominee: old-fashioned redbaiting.

China became communist in name only during the 1980s, the Soviet Union shut its doors in 1991, the Cold War is dead, and the 64% of Americans under age 50 have no memory of an actually-existing socialist regime. Yet Trump and the GOP have already broadcast their plans to hang the “democratic socialist” label around Bernie Sanders’ neck.

Whether such archaic fear-mongering—against long-dead adversaries—will be effective even with elderly voters is anyone’s guess. Considering the fact that 40% of Americans consistently tell pollsters they prefer socialism or communism to capitalism, branding Bernie Sanders as a nefarious democratic socialist might have the unintended effect of bringing out people who don’t normally vote to support an ideology they’ve never had the chance to get behind before.

On the other hand, only 76% of Democrats say they would vote for a socialist.

One thing is for sure: the socialism thing will be Sanders’ biggest challenge. And so what? Every candidate enters the game with a handicap of some sort.

Elizabeth Warren has acquired a reputation for deception and opportunism. Amy Klobuchar plays a mean girl on TV and behind closed doors. Pete Buttigieg is gay; only 78% of voters say they’d consider a gay candidate. He’s also inexperienced. Joe Biden appears to have been suffering from dementia for years.

Political weaknesses are inevitable; what makes or breaks a candidacy is how his or her campaign chooses to address it. History’s answer is clear: take it on honestly, directly and credibly.

Own your crap. Americans voters hate sneakiness and avoidance.

Bernie has no one but himself to blame for this potential electoral albatross. As Paul Krugman of The New York Times points out, the independent senator from Vermont is not really a socialist: “He doesn’t want to nationalize our major industries and replace markets with central planning.” He is a New Deal Democrat indistinguishable from old liberal figures like Hubert Humphrey and George McGovern. The economic model Sanders wants to establish isn’t the USSR or even Yugoslavia, but the Scandinavian countries with their superior safety nets and enlightened penal systems. Capitalism as we know it would continue, albeit with reduced overall cruelty.

Bernie is a social democrat, not a democratic socialist. For some unknown reason, however, he chose to label himself as a democratic socialist. “It’s mainly about personal branding,” Krugman speculates, “with a dash of glee at shocking the bourgeoisie. And this self-indulgence did no harm as long as he was just a senator from a very liberal state.”

Now he’s going to have to explain himself and his beliefs to American voters who have been propagandized through education and the media to believe that socialism equals communism equals totalitarian dystopia.

If he’s smart – and there’s no reason to believe that he and his staff are anything but—he will own the phrase and address those concerns head on.

During the 1960 campaign John F. Kennedy responded to worries about his Roman Catholicism that he might take orders from the pope in a speech that allowed anti-Catholic voters to take a chance on him. “I believe in an America where the separation of church and state is absolute, where no Catholic prelate would tell the president (should he be Catholic) how to act,” Kennedy said.

Aware that he was going to run for president in a few years, Barack Obama discussed his drug use as a young man, specifically the fact that he had tried cocaine, in his memoir and in an interview published ahead of the race. By the time he ran in 2008, the coke thing was old news baked into the politics of the time.

“Democratic socialism” is a pretty meaningless term. Which is not necessarily bad. Because it doesn’t define an existing party or ideology in the real world, Bernie can imprint his own definition upon his awkward tabula rasa.

Like every crisis, this is an opportunity. Voters want to know what Bernie stands for. Their confusion about democratic socialism (confusion caused by Sanders’ weird word choices) is his chance to explain himself and his policies.

The one thing he should not and cannot do is to shy away from the S word. No matter how much he protests, Republicans are going to call him a Marxist, a communist, a socialist and worse. So there’s no point in protesting. “Yes,“ he could say, “I am a socialist. A democratic socialist. A democratic socialist is a person who cares more about you as an ordinary American than about greedy billionaires and corporations who pollute your water and lay you off at the drop of a hat.”

Nothing neutralizes an attack more effectively than to cop to it.

If nothing else, even if he loses, Bernie can rehabilitate socialism as an acceptable economic alternative. In the long run, that would be a greater accomplishment than anything Sanders could accomplish in eight years as president.

(Ted Rall (Twitter: @tedrall), the political cartoonist, columnist and graphic novelist, is the author of the forthcoming “Political Suicide: The Fight for the Soul of the Democratic Party.” You can support Ted’s hard-hitting political cartoons and columns and see his work first by sponsoring his work on Patreon.)