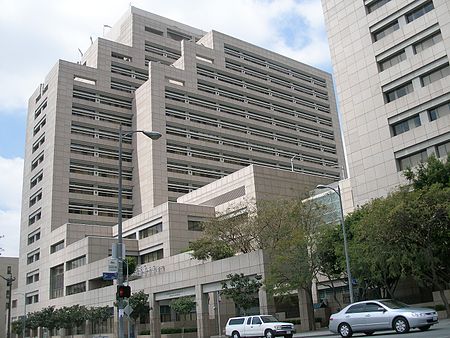 More care goes into the making of a sandwich.

That’s what I was thinking last Thursday as I watched oral arguments in the California Court of Appeals in Los Angeles.

Case after case came before a three-judge panel. They concerned a variety of matters. Hundreds of thousands of dollars, perhaps millions, were at stake. More importantly, so were hard-built professional careers and reputations. With so much that mattered hanging in the balance, you’d hope to see these cases handled with sensitivity, decorum and thoughtfulness—and you’d be sorely disappointed.

There was a real estate deal gone wrong that I would have needed to read up on in order to understand. A physician was resisting a subpoena for his patients’ records filed by the state medical board, which suspected him of overprescribing opioids. And there was me, former editorial cartoonist for The Los Angeles Times, defending myself from an “anti-SLAPP” motion that, if successful, would end my lawsuit before it began and bankrupt me with a court order for me—the victim—to pay the Times hundreds of thousands of dollars for their legal fees.

It ought to be illegal for a police department to own a newspaper. But it’s not. In 2015 the LAPD pension fund was a major shareholder of Tribune Publishing, owner of the Times. Annoyed at my cartoons about him, then-LAPD Chief Charlie Beck asked the Times then-publisher Austin Beutner, now LA schools superintendent, to fire me as a political favor. He did. Beck also wanted my reputation destroyed so I could never work again, in order to send a message to journalists: don’t mess with the LAPD. Beutner, Beck’s political ally and a man with ambitions to become mayor or governor, complied by ordering that the paper publish two libelous articles about me portraying me as a liar.

The second one was published after I proved I had told the truth.

I sued for defamation and wrongful termination in 2016.

Since then Times attorney Kelli Sager, who also represents the National Enquirer in its smear of gay icon Richard Simmons, has waged a scorched-earth litigation campaign designed to intimidate, harass and delay my quest to clear my name. Sager filed the anti-SLAPP, a law designed to be used by individuals to defend themselves against powerful corporate entities, against me. She convinced the court to force me to pay $75,000 just to be able to continue my case for something called a “Section 1030”—a law whose intent is to discriminate against out-of-state plaintiffs (I live in New York.) Last week, during oral arguments in open court, she compared me to a “pedophile.”

Last summer the lower court in L.A. ruled against me on the anti-SLAPP, saying that even though I showed that I was truthful and the Times was not, I must pay $330,000 (as of then) in legal fees to the Times. I appealed, which is why I was in court last Thursday.

We knew it was going to be tough. Shortly beforehand the court issued a “tentative opinion” that indicated the Court of Appeals planned to buy Sager’s arguments lock, stock and barrel. Those arguments were lengthy and complicated but they could be summarized as: the First Amendment allows newspapers to publish anything they want, the truth doesn’t much matter and if you slap a veneer of officialdom on libel—in this case, the Times claimed, it was merely reporting on what the LAPD said about me—it becomes “privileged,” i.e. inactionable.

First, he pointed out, the tentative opinion disregarded California anti-SLAPP case law that requires that I be given the benefit of the doubt, not the Times, when considering their anti-SLAPP motion. In Overstock.com, Inc. v. Gradient Analytics, Inc. (2007), for example, the court ruled that “the plaintiff’s burden of establishing a probability of prevailing is not high: We do not weigh credibility, nor do we evaluate the weight of the evidence. Instead, we accept as true all evidence favorable to the plaintiff and assess the defendant’s evidence only to determine if it defeats the plaintiff’s submission as a matter of law.” The tentative opinion was rife with references to my supposed (in)credibility and purported to evaluate the evidence presented.

The justices seemed surprised by Jeff’s argument. They asked him to cite case law examples. He did. They wrote them down.

I hope they take notice and change tack, still, anti-SLAPP motions are commonplace in California courts. How could any judge be unaware of important cases like Overstock or the standard that plaintiffs get the benefit of the doubt in anti-SLAPP?

Jeff countered the Times’ argument that they were merely passing on what the LAPD records given to them said. It matters because “fair and true” journalistic reports about government records are “privileged.” Much of the Times’ hit pieces against me concerned the Times’ own cursory sham investigation of me. One judge asked Sager whether the Times was arguing that both the LAPD and the Times’ references were privileged. Sager repeated that the LAPD ones were, repeatedly ignoring the Times question until, after being pressed, she played dumb, insulting the court’s intelligence by pretending not to understand the issue.

No one pressed her on that or on her “pedophile” remark. Whereas the judges expressed great concern for the reputation of the doctor in the previous case about overprescribing, none spoke against comparing a cartoonist to a pedophile, further slandering me.

Jeff asked why the court’s tentative ruling ignored our most important anti-SLAPP case law precedent, Wilson v. CNN. There was no clear answer. Whether it was intentional or they forgot, people have been fired from far less prestigious jobs for considerably less shoddy work.

Lewis asked the court to consider the chilling message they would send to journalists at news outlets like the Times if they ruled for the Times against me: if you criticize the LAPD, you can be destroyed even though you did nothing wrong. And you can’t sue. There is no redress. There is no justice.

We await the court’s ruling.