SYNDICATED COLUMN: We Would Never Have Had a National Conversation on Racial Profiling if People Hadn’t Rioted in Ferguson 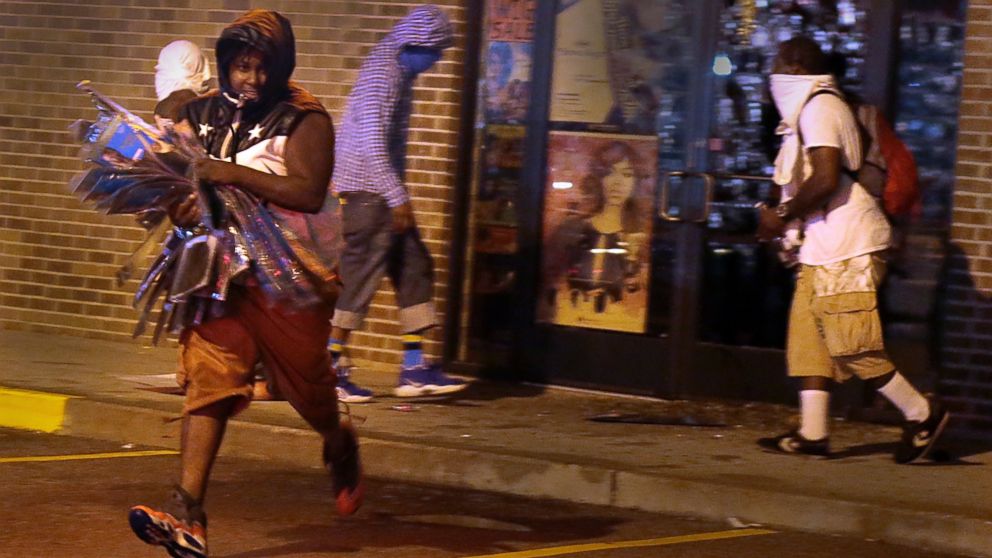 Ferguson, Missouri offers a lesson for those of us who are trying to make life more fair: if you want the powers that be to pay attention, violent protest is more effective than nonviolence.

At this writing, race riots following the shooting of an unarmed young black man by a white cop in a suburb of St. Louis are dominating newspaper headlines and network news coverage. Federal and state officials have taken the rare step of chastising local police authorities, with the second-guessing going so far as to include a do-over of the autopsy of the 18-year-old victim, Michael Brown.

Violent demonstrators have the attention of the attorney general and the president of the United States, the latter of whom broke away from his vacation to call for both “respect for public order and the right to peaceful public protests.” (After his administration’s coordination of the brutal crackdown against the peaceful Occupy Wall Street movement, and his decision to shunt marchers at the 2008 and 2012 Democratic National Conventions into distant, hidden, caged “free speech zones,” Obama’s defense of the right to protest is a startling 180° turn.)

After years of ignoring the problem, we are finally beginning a national conversation about police racial profiling of African-Americans, especially young men. “Driving while black,” “stop and frisk” and the militarization of local law enforcement that always seems to fall heaviest against black communities (c.f., New Orleans during Katrina) have gone on for decades — but no one besides blacks seemed to care.

Thanks to Ferguson’s rioters, mainstream (white, wealthy) America is questioning those oppressive tactics.

This is a political breakthrough. And it’s only happening because people are throwing Molotov cocktails and rocks, and breaking windows and looting, and coming out night after night to confront the police even though — arguably because — the police are shooting tear gas and rubber bullets at them.

As far as I can tell, no white policeman in the United States has ever received a lengthy prison term for killing an unarmed African-American civilian.

Police shootings provoke anger among the black community — and there it remains. This is because black political and religious leaders usually persuade citizens to limit their tactics to peaceful protest.

Peaceful marches don’t scare the ruling classes. Which is why they don’t lead to meaningful change.

Nonviolent protest was the reaction last month when a NYPD officer killed 43-year-old Eric Garner, suspected of selling untaxed cigarettes, using an illegal chokehold. “We’re not gonna start fighting and pushing each other and breaking windows, right?” Garner’s mother urged at a rally.

So far, the protesters’ decision to respect private property rights has had zero effect. Garner’s death was ruled a homicide, yet the cop remains at work and uncharged.

Also in New York, another unarmed 18-year-old, Ramarley Graham, was shot to death by an undercover narcotics officer who broke into his apartment without a warrant in 2012. Protesters adhered to the usual nonviolent tactics. As usual, results were nil. From The Los Angeles Times: “A judge threw out a manslaughter indictment against the officer who shot Graham on a technicality. A second grand jury failed to indict the officer, saying there was insufficient evidence to charge him. Graham’s family and local lawmakers have called for the Justice Department to investigate.”

I’m a white guy, so I don’t have to worry about getting shot by cops if I’m in a car accident. As a black man, however, Manuel Loggins, Jr. wasn’t so lucky. After Loggins wrecked his SUV, an Orange County sheriff’s deputy shot him — he was unarmed — in front of his 9- and 14-year-old daughters because he had a “mean” expression. This was in 2012. Again, there were peaceful protests. As usual, the deputy was not charged.

This is how it always goes.

Ferguson’s protesters include old-school nonviolent civil rights types as well as younger activists who are fighting back against the police in kind. At a meeting, The New York Times reported, “clergy members despaired over the seemingly uncontrollable nature of the protest movement and the flare-ups of violence that older people in the group abhorred.” The paper quoted an older man from East St. Louis: “These kids do not understand why the nonviolence movement is the best way to get done what we need to get done.”

Given how quickly the young firebrands are getting results, the old folks are the ones who don’t understand.