SYNDICATED COLUMN: Sexual Harassment and the End of Team Politics 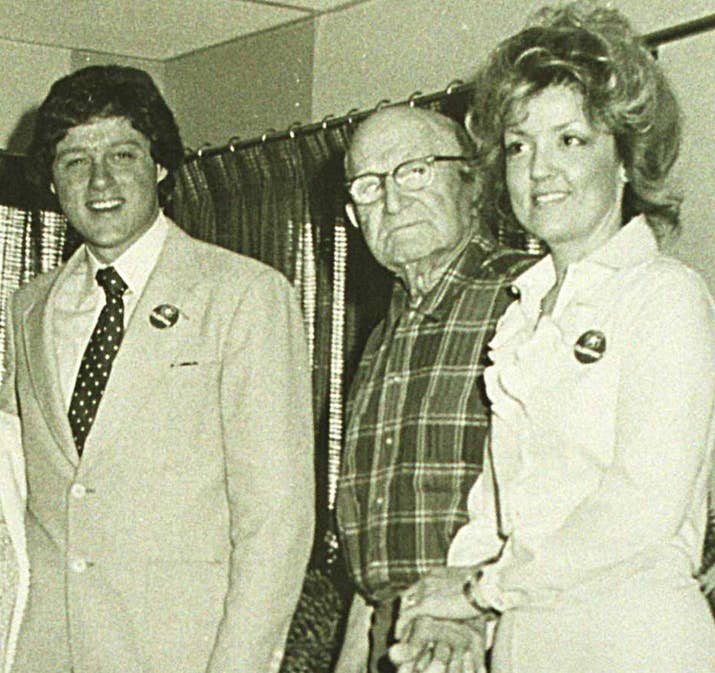 Until the 1990s, American electoral politics were divided ideologically, between the opposing ideas of liberalism and conservatism. Now we have Team Politics: Democrat versus Republican, my party right or wrong.

Back then, Rush Limbaugh sometimes accused the Republican Party of betraying conservative principles. At the same time, the liberal op-ed writers at the New York Times occasionally took the Democratic Party to task for not being liberal enough.

Those things don’t happen now. Americans back their party the same way they back their favorite sports team — with automatic, stupid loyalty.

If you are a liberal, you support the Democratic Party no matter what. You vote for Democrats who vote for Republican wars of choice. You look the other way when they do things that only Republicans should do, like order political assassinations and regime change. You even make excuses for outright betrayal, like when Bill Clinton signed NAFTA and welfare reform.

If you are a conservative, you support the Republican Party no matter what. You vote for Republicans who drive up the deficit with unnecessary spending. You look the other way when they do things that only Democrats should do, like allowing the NSA to violate basic privacy rights and failing to put America first when it comes to foreign trade. You even make excuses for outright betrayal, like when “family values” Republicans wallow in sexual impropriety.

Never have team politics been more evident than in the current tsunami of sexual harassment scandals. Republicans make excuses for their politicians, like Alabama Senate candidate Roy Moore and former Fox News star Bill O’Reilly, even when they are credibly accused of sexual assault. Most notably with Bill Clinton but arguably continuing with big-time democratic donor Harvey Weinstein and perhaps Al Franken, Democrats do the same.

I can’t predict whether this national conversation on sexual harassment will yield the ideal result, a widespread cultural consensus that no means no and that workplaces should be desexualized. It seems clear that permanent positive change is in the making. This moment should certainly mark the beginning of the end of silly Team Politics.

It would go too far to argue that Harvey Weinstein got a free pass for so many years despite his hideous behavior including alleged rape, solely because he donated millions of dollars to the Clintons and the Democrats, and hosted lavish fundraisers at his home for top Democrats like Barack Obama. But Weinstein’s high rank in Team Democrat was part of it.

And it was pretty much the whole deal for Bill Clinton. Sexual harassment and assault charges against the then-Arkansas Governor were swept aside by Democratic voters in 1992. After four years of the clueless George H.W. Bush, whose economic policies prolonged a deep recession, neither liberal voters nor liberal pundits nor the corporate Democrat classes were going to let Bill’s “bimbo eruption” stand in the way of a change. Even after the Monica Lewinsky scandal — if Louis C.K. lost jobs because he abused his “power” over fellow comedians, how about the power gap between a President of the United States and a 21-year-old intern? It was just a blow job, after all.

You may have forgotten: MoveOn.org got its name from those who wanted to “move on” past the Clinton impeachment. Nothing to see here, folks!

Give (a few) liberals credit. Some are finally giving Clinton accuser Juanita Broaddrick the fair consideration she never got in 1999, when she said the future president had raped her in 1978.

ABC News reporter Sam Donaldson, known for his aggressiveness, admitted at the time that “people in charge of our coverage, at managing editor status, have not seen this as a story they wanted to spend a lot of time on…lots of people argued that it was unseemly.” Better 18 years late than never — at age 74, Broaddrick is lucky to have lived long enough to see her story discussed (albeit not deeply or at length).

Democrats who claimed to be feminists yet ignored Clinton’s misogyny feel sheepish and hypocritical. As they should. So they’re mostly keeping quiet and hoping for a change in subject. Which they shouldn’t. At least there’s a chance they won’t reflexively resort to the empty tribalism of Team Politics the next time one of “theirs” faces similar allegations. (Hello, Representative John Conyers.)

Now it’s the Republicans’ turn to come to Jesus.

Yeah, Mitch McConnell says Roy Moore isn’t fit to serve in the Senate. But that means nothing; McConnell didn’t like Moore in the first place. Trump is the head of the Republican Party — and the president is still tacitly endorsing Moore, and might even campaign in person for the alleged child molester.

Better a pedophile than a Democrat, Trump argues insanely. But kneejerk support for a GOP candidate this repugnant, as even most Republicans can plainly see, is Team Politics having jumped the shark and then some.